City-level Government and Decentralisation in Africa

This article talks about city-level government, decentralisation and municipal finance in Africa. 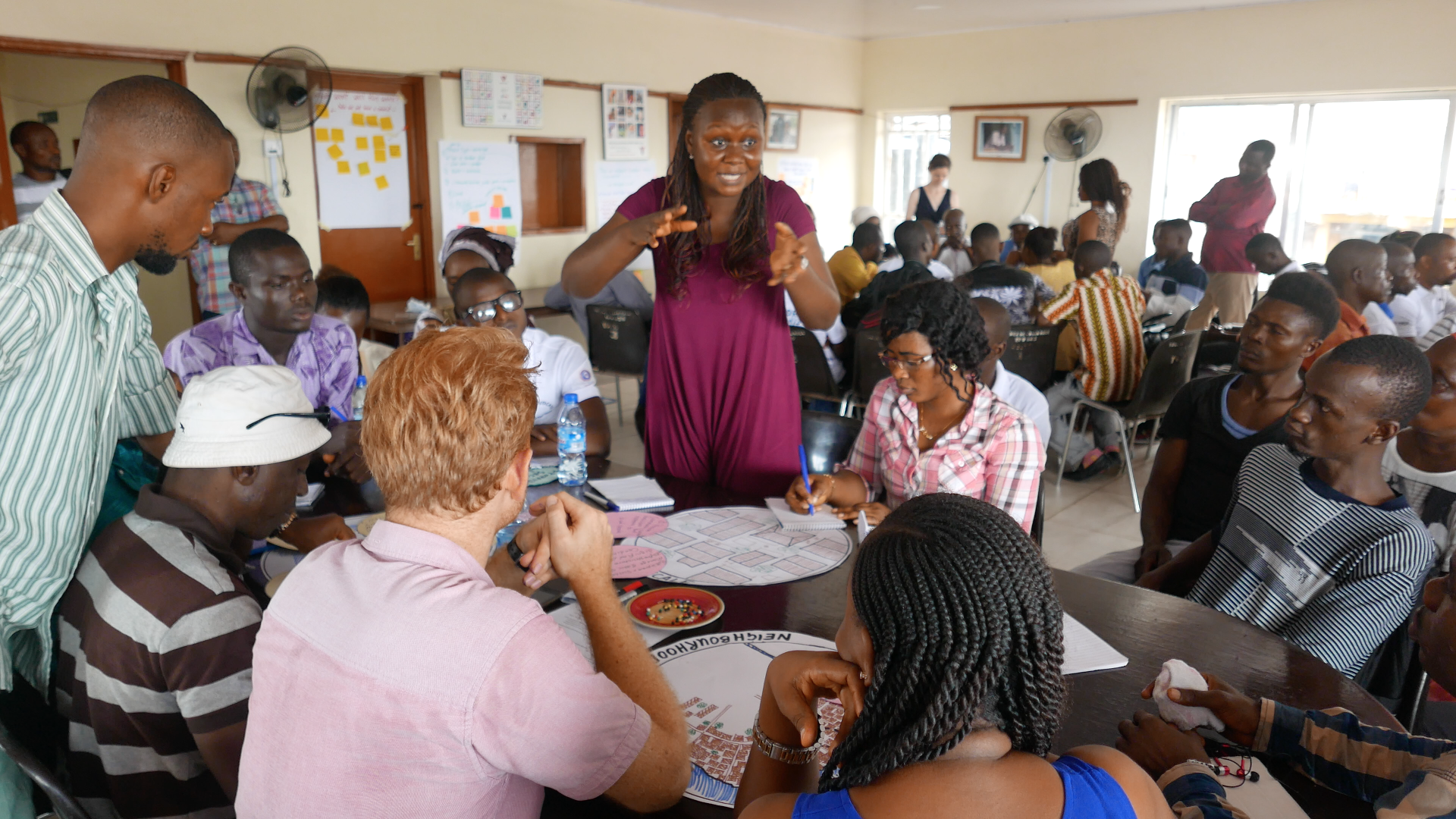 By Andrea Rigon, Joseph Macarthy, Braima Koroma, Alexandre Apsan Frediani (This article is adapted from the chapter: The politics of urban management and planning in African cities).

A democratic city-level government with sufficient powers and financial autonomy is critical for achieving or continuing success in many cities. The devolution of powers to cities has contributed to the transformation of several Latin America cities, which are considered global examples to learn from.

Many African cities however, do not have administrative and governance structures that align with city boundaries. For instance, in Nigeria, there are three tiers of government: Federal, State, and Local Government Areas (LGAs). As a result, there are no democratically elected city-level governments. Small towns may more or less fit within the boundaries of LGAs, but LGAs lack power and autonomy. For most cities, the number of uncoordinated local government bodies makes consistent city-level planning difficult, particularly in cities that are not state capitals. For example, the city of Ibadan is spread out over five LGAs and Kaduna is spread over four (although two also cover some areas outside the city). LGAs often have limited power and report directly to state governors without an intermediary authority at city level.

The lack of unified governance can increase divisions in cities. In Kaduna the administrative separation of the city reflects the religious divide, complicating efforts to overcome sectarian conflicts between Christians and Muslims. Different LGAs within one city may also be run by different political parties, inhibiting coordination. Moreover, the areas of jurisdiction of LGAs may also include rural or peri-urban areas, meaning that local government departments must plan rural as well as urban interventions (Rigon et al., 2015).

In Kampala and other Ugandan cities, decentralisation reforms divided several districts into smaller administrative units. Creating new units by fragmenting existing districts tilted the balance of power further towards the central government, as these subnational units lack bargaining power and administrative capacity, and are now more dependent on the central government for resources (Lewis, 2014).

Even when there is city-level governance, existing boundaries are often inadequate considering the spatial expansion of the city. Much of the urbanisation in African cities is linked to urban and peri-urban areas beyond city boundaries becoming a part of the city. However, the expansion of administrative city boundaries can be politically complex because it challenges existing political arrangements and requires acquiescence from the central government. While potentially difficult, such expansion can increase the tax base of the city, especially through taxes levied on land, and give city authorities the power to plan and deliver infrastructure to what are, in fact, parts of the city.

Devolution of powers and fiscal autonomy

It is not sufficient to have authorities at city level, however, if they do not have powers or resources to take autonomous management and planning decisions.

Devolution, or the transfer of some powers and functions from higher tiers of government to lower ones, is a major political issue in Africa and of particular relevance for cities. UN-Habitat calls for a “radical decentralisation of powers” in African cities, emphasising the devolution of controls over revenue collection (UN-Habitat, 2014: 7). Effective devolution implies applying the subsidiary principle to divide powers between central governments and cities, decentralising powers and functions to lower levels of government where they are better placed to serve citizens. In particular, key issues for cities are: (1) financial autonomy, largely achieved through fiscal autonomy, i.e. the capacity to generate revenue, (2) planning powers, and (3) control over service provision. The first two are key for the latter.

There is a growing consensus and evidence that devolution processes have been critical to the success of many cities, particularly in Latin America. Here, cities control the provision of key services, can raise their own revenues, and offer competitive salaries to highly skilled professionals.

In the African contexts, these processes are more difficult and have to take into account a number of issues. Historically, African countries inherited highly centralised systems of governance from colonial rule which the new political elite did not challenge (UN-Habitat 2010: 32). This was a way to maintain control but also to prevent the disintegration of many countries whose borders were arbitrarily drawn by colonial rulers and in which various ethnic identities were stronger than national ones.

African cities also produce a significant share of many countries’ economic wealth and they are the places with the greatest potential for future growth. As a result, central governments guard their control over them, which often leads to fragmented urban governance. Cities, and especially capital cities, are central sites of African politics—where coups take place and national parliaments and presidential residences are located—making it more politically problematic for central authorities to relinquish power.

Freetown, Sierra Leone’s capital, is another example of a local government that is unable to fully govern. The city council has very limited powers, particularly regarding land and taxation, which remain a prerogative of the central government. This means that the central and local governments have to jointly agree upon any urban project. While the Freetown City Council is responsible for improving the welfare of the people, including through promoting economic development in the city, it does not have the power to register and supervise the use of land.

There is a huge potential for the council to generate revenue from taxation on land, especially taxes on property and land value, but it is not permitted to do so. Moreover, because the act establishing local councils is not entrenched in the constitution, the extent to which local councils are allowed to exercise their powers depends greatly on what the central government allows them to do. Local councils in Sierra Leone are under the control of the Ministry of Local Government and subject to the ministry’s political and administrative oversight. They also rely upon the central government for two-thirds of their budgets. Indeed, while the Local Government Act (2004) empowers local councils to create area development plans and to manage and coordinate projects for improving their localities, several councils rarely have the capacity and resources to deliver such plans. As a result, the central government has assumed these functions over time.

Democratic processes brought increased pressure for devolution and opened the debate in a number of countries. Over the last 20 years, approved constitutions—e.g. South Africa (1996), Nigeria (1999), and Kenya (2010)—acknowledge the importance of decentralised governance, albeit not always focusing on the city level. While not sufficient in itself, since the 1990s several African countries have introduced major legislation promoting decentralisation.

Overall, while elections of local authorities and citizens’ democratic demands at the city level have increased, these authorities often have minimal power and insufficient resources, particularly in terms of their ability to provide more and better services.

A key aspect of decentralisation concerns the financial autonomy of city authorities. A central demand of a number of African mayors is to be able to generate their own revenues autonomously in order to reduce dependency on transfers from central governments which are often unreliable and used to achieve political aims. Financial autonomy is also important for cities to access markets to fund infrastructure projects. Large municipalities in South Africa increasingly borrow from local commercial banks or bonds, which can help bridge the gap between revenues and the funding needed to invest in infrastructure.

Devolution is important also in light of the changing urban forms of many African countries. While many countries are still characterised by a major dominant city, there are an increasing number of smaller secondary cities with growing populations. These cities offer opportunities for new management models and for translating residents’ democratic claims into practice. Because these cities will experience the bulk of African urban growth in coming years and have less institutional capacity and infrastructure than larger cities to accommodate those changes, they have the greatest need for urban management and institution-building (UN-Habitat, 2014: 23).

In conclusion, decentralisation must involve shifting power and resources towards lower tiers of government rather than creating local institutions under central control, as is often the case.