In this section we explore how a comibination of different mechanisms lead to spread of resistance.
© Wellcome Genome Campus Advanced Courses and Scientific Conferences

Resistance genes can be mobilized within or between bacterial cells using a combination of mechanisms previously explained. A particular resistance gene can be flanked by a transposon allowing it to ‘jump’ from the bacterial chromosome to a plasmid or vice versa, within the same cell.

For example, methicillin-resistant Staphylococcus aureus (MRSA) strains harbour methicillin resistance gene (mecA) within a mobile genetic element called staphylococcal cassette chromosome mec (SCCmec). This has a complex structure with mecA gene flanked by a transposon which, in turn, is inserted into the chromosome (Figure 1) [1]. There are different types of SCCmec elements identified in MRSA with some carrying additional resistance genes [2]. Because in most cases the SCCmec element is inserted into the chromosome, it can be spread easily via vertical transmission.

Figure 1. A comparison of different types of SCCmec elements (Type II, Type IV, Type XI and in Macrococcus caseolyticus). The genes associated with resistance are marked with arrows representing the direction of transcription. The coloured regions connecting the SCCmec types indicate regions that are conserved. The SCCmec element carries different types of transposable elements flanking the resistance genes.(Click to expand)

Carbapenem-resistant Enterobacteriaceae also harbour modular mobile genetic elements. A study conducted over 5 years in a single hospital in the USA revealed different mechanisms at play for transmission of carbapenem resistance genes [3]. The gene blaKPC confers resistance to carbapenems which are one of the last resort antibiotic family. The dissemination of blaKPC occurred at multiple genetic levels by rapid sharing of blaKPC plasmid between strains and species together with frequent jumping of the Tn4401 transposon between different plasmids (Figure 2). In addition, Tn4401 inserted within another transposon Tn2, which further enhanced the mobility of the resistance genes among different plasmids. All these mechanisms lead to rapid increase in the levels of carbapenem resistance. 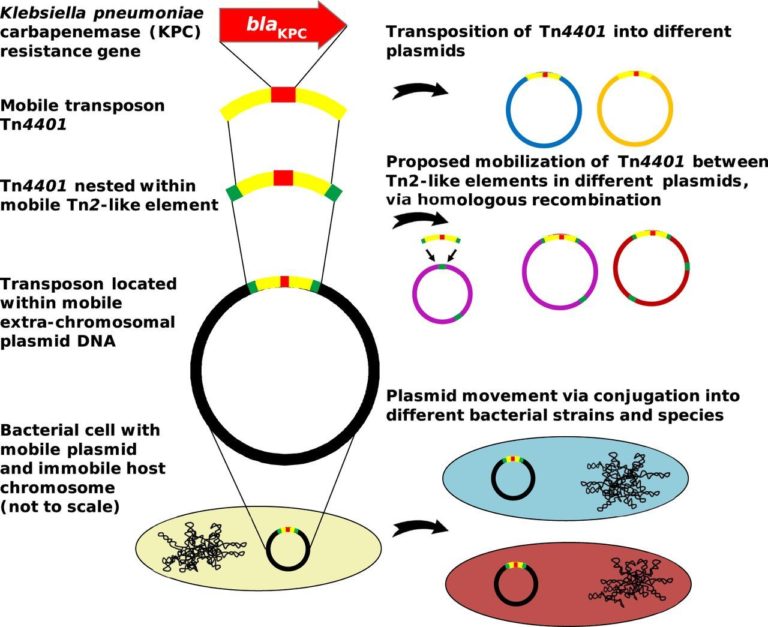 Figure 2. The spread of blaKPC elements at various levels leading to the dissemination among the Enterobacteriaceae strains.