In this article, Beth explains the different bacterial identification techniques available and their limitations. 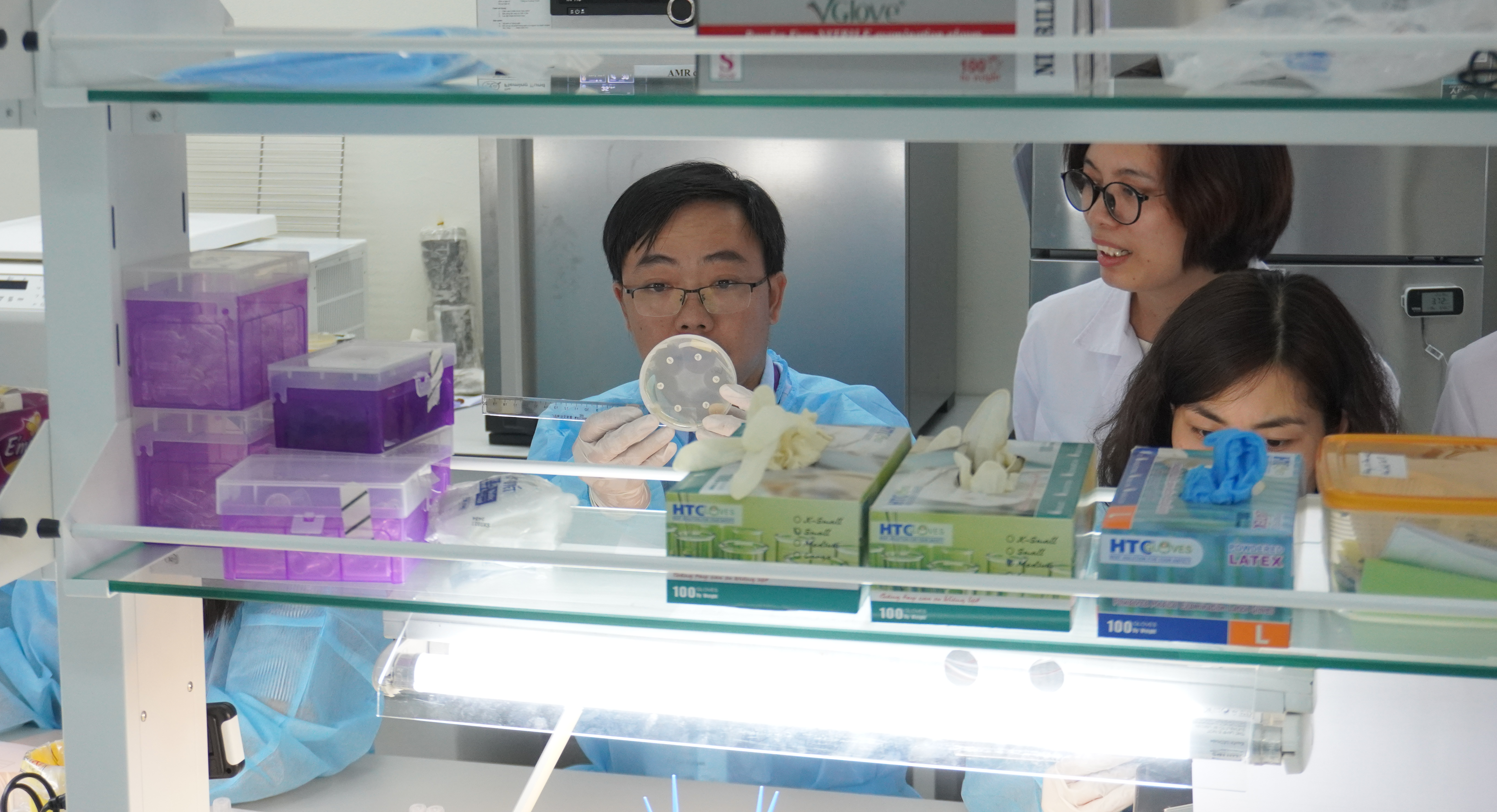 The first step in bacterial identification is usually culture. Many bacteria have a unique morphology – shape and colour – which experienced technicians can use as an initial step in identification. For example, a Staphylococcus aureus colony is 2-3mm diameter, raised, and a creamy yellow colour. Pseudomonas aeruginosa is large, flat and has a metallic green sheen. A presumptive identification from culture can guide the decision on the next identification method to use, but cannot be used to give a definitive answer. 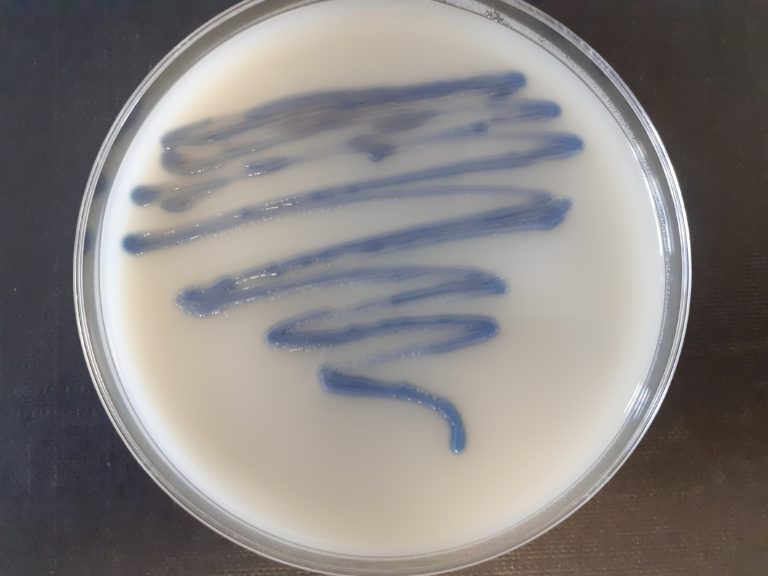 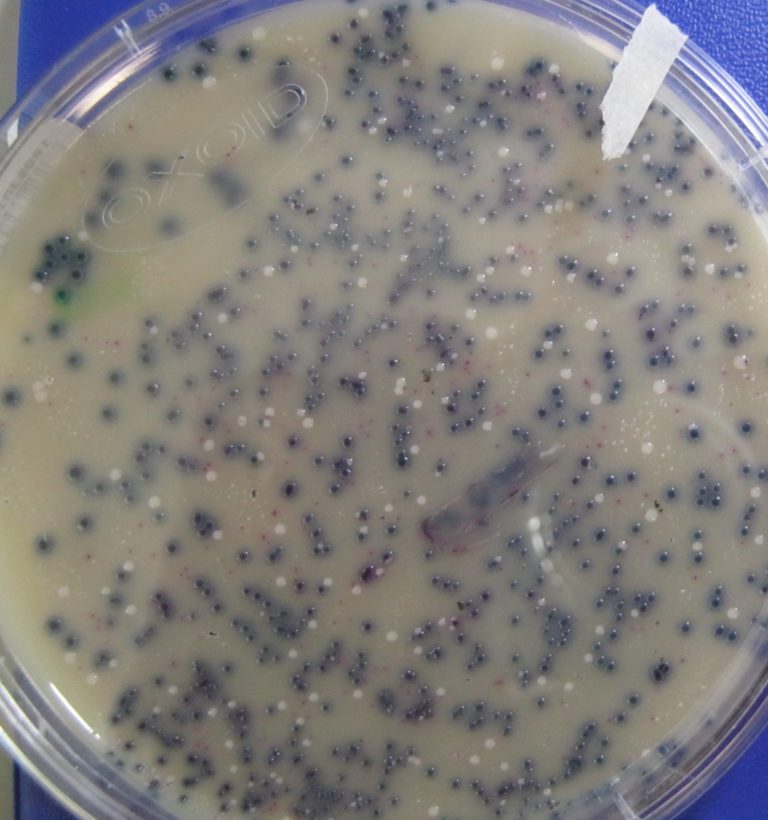 Figure 1. MRSA chromogenic plates – one is pure culture, one is a mixed plate direct from a clinical sample. Any MRSA present develops a deep blue colour. Other bacteria may also grow, but in general will not appear blue in colour.

Biochemical tests detect the presence or absence of particular sugars or enzymes utilised or produced by the bacteria. These can be a quick, inexpensive method of confirming a presumptive identification. For example, coagulase is produced by Staphylococcus aureus but not by other Staphylococcus species. Coagulase converts fibrinogen in plasma to fibrin, and can be detected using a slide/tube coagulase test or a commercially available kit. Oxidase is produced by Pseudomonas ssp., and catalase can distinguish between Staphylococcus species (positive) and Streptococcus species (negative). Biochemical tests can be useful for a presumptive identification, but are prone to false positives and false negatives, so further identification methods are recommended.

Serological techniques such as ELISA (enzyme-linked immunosorbant assay) or NAAT (nucleic acid amplification techniques) can be used to detect antigens or antibodies in serum and other types of sample. Examples of bacteria that can be detected using these methods include Salmonella ssp., Legionella ssp. and Chlamydia trachomatis. Serological techniques can only be used for a limited number of bacteria, and require expensive reagents, equipment and expertise.

Matrix-assisted laser desorption/ionisation-time of flight mass spectrometry (MALDI-TOF MS) is a technique now used in many high throughput clinical laboratories. It uses a laser to rapidly heat, vaporise and ionise the analytes in the sample which are then separated by the length of time they take to reach the detector through a vacuum. Bacterial species are identified by their unique peptide mass fingerprint, which is compared to an extensive database. A MALDI-TOF mass spectrometer is expensive to purchase and install, but very economical to run, and can give results within minutes. MALDI-TOF MS can be limited for certain bacteria which are closely related, for example it cannot differentiate between Shigella species and Escherichia coli, although improvements are continuously being made.

Molecular methods such as polymerase chain reaction (PCR) (and more advanced methods discussed next) can be useful to identify bacteria that are difficult or slow to grow in culture, such as Mycobacterium. In PCR, DNA is extracted from the organism (or sample suspected of containing the organism), then primers are added. Primers are short sequences of DNA that will bind to either end of a target region of DNA in the bacterial DNA sample. Multiple copies of this target region are made (amplification), which can then be detected using techniques such as gel electrophoresis. The target region of DNA to be detected is usually a gene that is specific to a particular bacterial species, or an antibiotic resistance gene. PCR is relatively inexpensive, but can be time consuming. Due to the amplification step, the risk of contamination is high, so extreme care is needed when preparing the DNA. 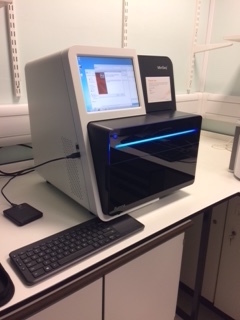 There are many other identification tools available, particularly automated commercial products, which are based on the same techniques discussed above – namely biochemical techniques, or DNA analysis techniques.