In this step you will analyse a representative Salmonella Typhi genome (labelled as BL0006) of the extensively drug resistant (XDR) Typhoid outbreak you have been investigating. The short and long reads generated by Illumina and PacBio RSII machines, respectively, were used to create a hybrid assembly and obtain a fully circularised chromosome and plasmid sequences. The final assembled chromosome consisted of 4,733,003 bases, and the plasmid 84,492 bases.

In this step, we will look at BL0006 and compare it with another Salmonella Typhi reference genome called CT18. You will acquire a basic understanding of ACT functionality and use it to explore the genome structure and gene content of the BL0006 genome.

First, make sure that you have downloaded the following files:

DNA sequence and annotation of a Salmonella typhi reference genome. 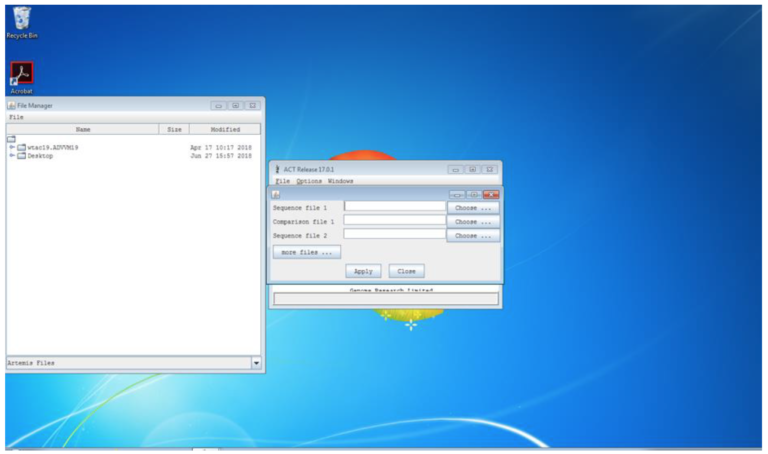 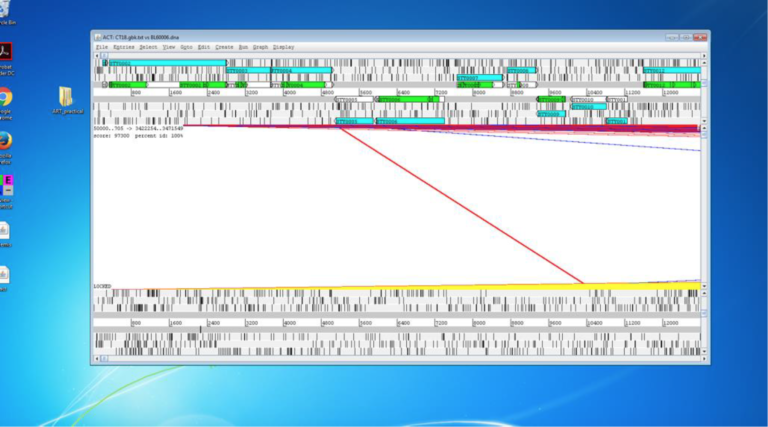 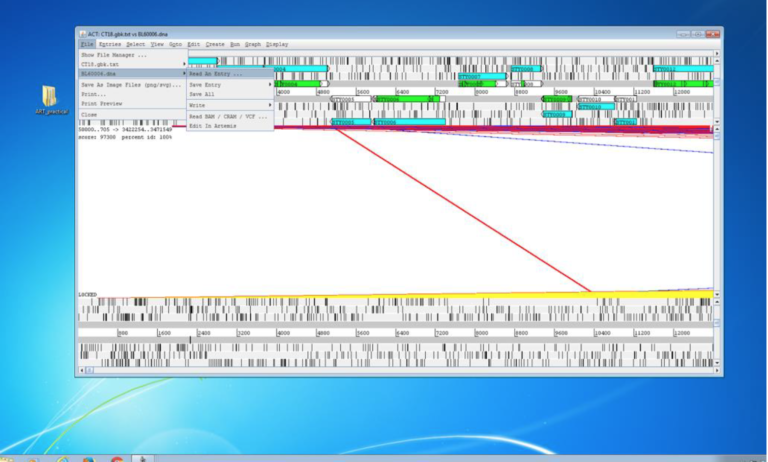 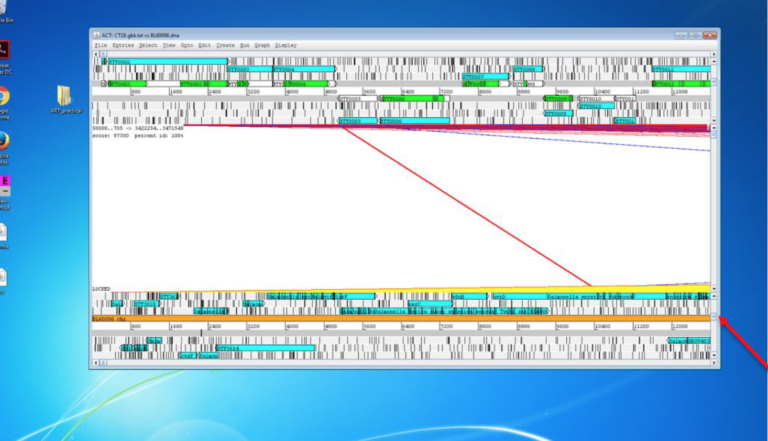 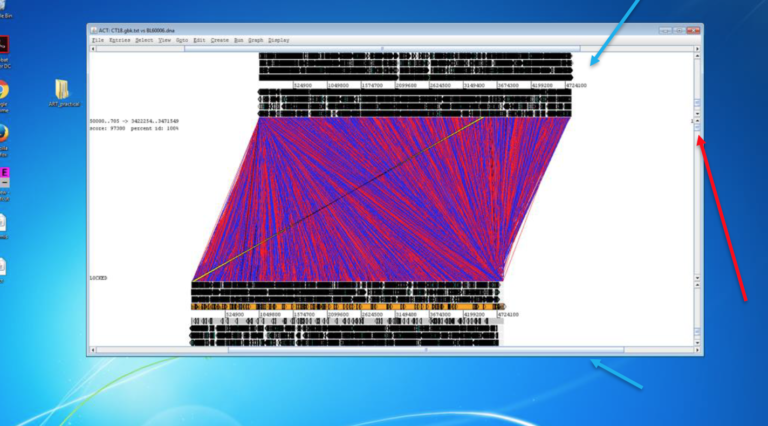 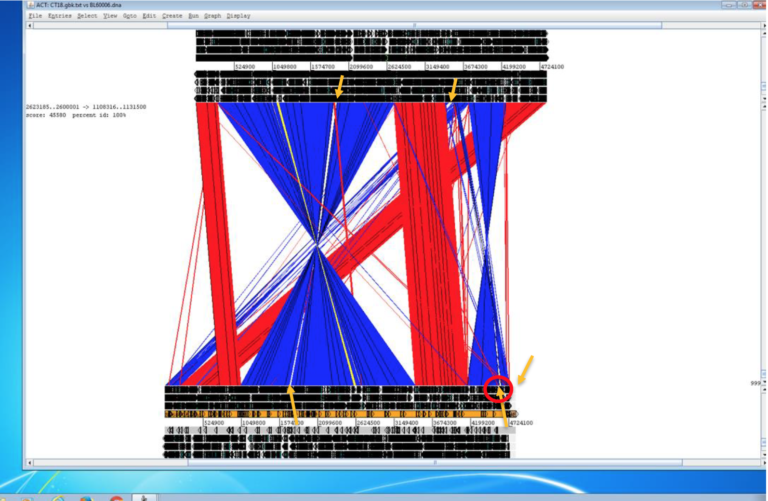 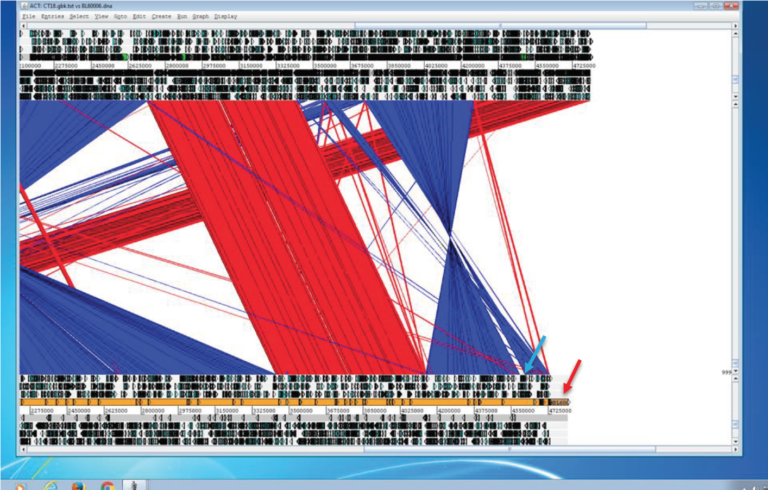 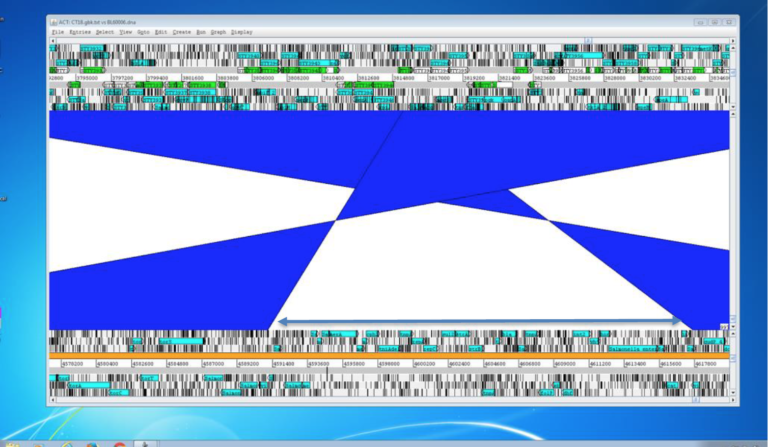 To finish this step, we will use Artemis to explore the annotation of the plasmid pBL60006. After launching Artemis, select ‘File’ followed by ‘Open…’ to browser for the file Salmonella_enterica_subsp_enterica_serovar_Typhi_str_BL60006_v1.1.gff. Now navigate to the brown plasmid sequence (at the far-right end of the genome). Zoom in to the region at coordinates 4792793..4806592 (you can use ‘Select’ – > ‘Base Range’ and then input the coordinates to highlight the region of interest). Can you find any resistance genes here? What strikes you about this region in comparison to the chromosomal region investigated before? How do you think this block of DNA got into the plasmid (e.g. can you find any genes associated with mobile genetic elements?)