Skip main navigation
Home / Healthcare & Medicine / Fertility & Birth / Basic First Aid: How to Be an Everyday Hero / What is bleeding?

Overview of the types of bleeding 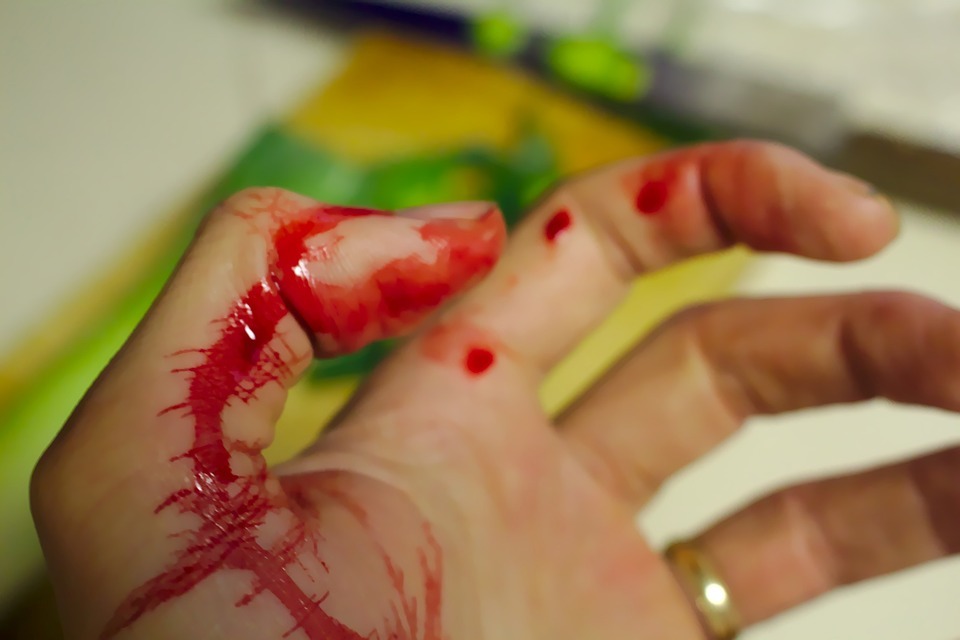 Bleeding occurs when an injury causes a break in the skin and damage to blood vessels.

Most of the time when we cut ourselves, we bleed and the body forms a clot to stop it. In severe bleeds when a large vessel is damaged, the bleeding can flow too quickly for a clot to form. If the bleeding is not controlled then the casualty may lose too much blood and go into shock – a state in which there is not enough blood in the body to supply all of your organs with enough oxygen, shock can quickly prove fatal.

The three sources of bleeding are:

Arterial Arterial blood is oxygenated and carried away from the heart. A bleeding artery tends to produce profuse bright red blood that spurts out in time with the casualty’s heartbeat.

Venous Venous blood is deoxygenated and is carried back towards the heart. A bleeding vein tends to produce dark red blood that pours out of the wound and doesn’t pulsate.

Capillary Capillaries are small blood vessels just under the skin. They are damaged in even the least severe wounds and do not tend to produce enough bleeding to be of concern. When capillaries burst underneath the skin, bruising develops.