There are 5 types of white blood cells present in the human blood which help with the immune defense.
© Universiti Malaya 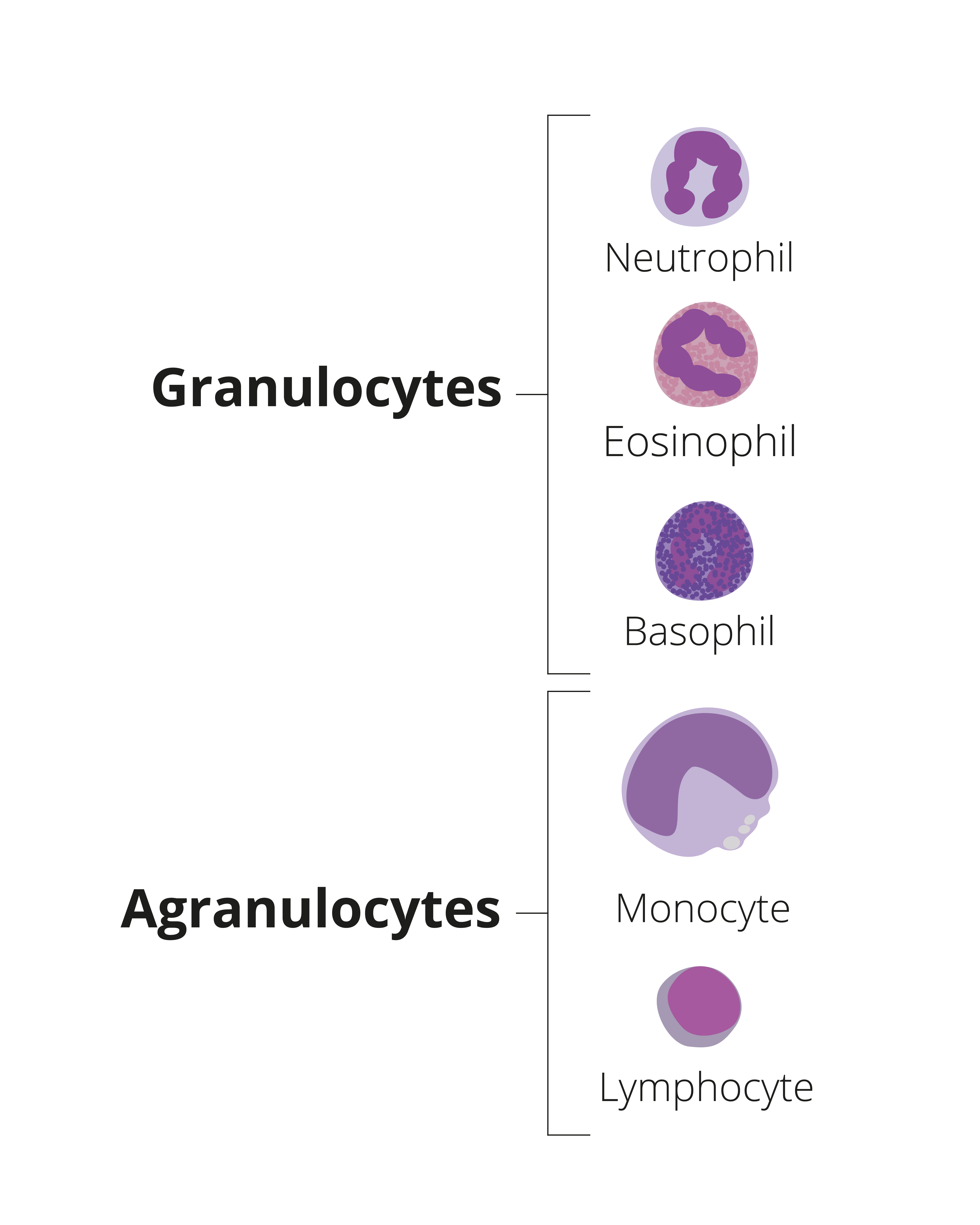 The most abundant type of WBC is the neutrophil, which makes up 60-70% of the total distribution. It has a lobed nucleus with granules and mainly function as the first line of defense against foreign infection through the process of phagocytosis and digestion of pathogens such as bacteria. Lymphocytes are the second most abundant type of WBC, totaling 20-40% of the distribution. It generally has a spherical dark nucleus with pale cytoplasm and consist of 2 types. The B-lymphocytes produce antibodies against infections, while the T-lymphocytes release chemicals that destroy virus-infected cells.

Monocytes make up 2-6% of the distribution and help digest bacteria, antigen and old or damaged cells. They can transform into macrophages upon entering tissues, making it more capable of performing phagocytic processes against pathogens. Eosinophils add up another 1-4% of the distribution, functioning as parasite killers or turning off allergic responses. Lastly, basophils are the least abundant, found in about 0-0.5% of WBCs and work to release mediators of inflammation such as histamine.

To learn more, you can watch this video on youtube: White Blood Cells Types and Functions