What are microcontrollers? Read to learn more.

In this article we take brief dive into world of microcontroller hardware, and you will gain awareness of how they work – inside and out.

Microcontrollers: A Computer in Miniature

Microcontrollers are themselves computers. They contain all of the core components that make up any modern digital computer – a central processing unit (CPU), memory and some form of data input and output. However, the design requirements and architecture of microcontrollers are vastly different to personal computers or laptops. Let’s see why. 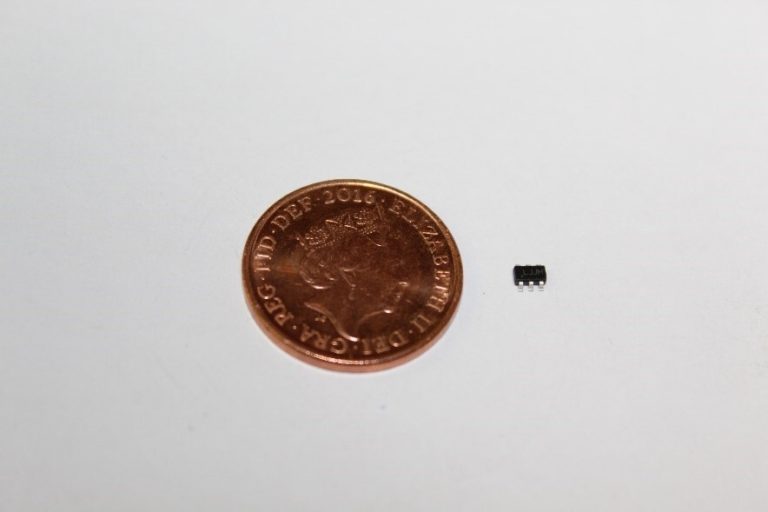 The following block diagram illustrates what is inside the PIC10F322.

Figure 2 – Block Diagram of a PIC10F322 Microcontroller
(Click to expand)

Here we can see the CPU that your program and to the left an internal oscillator. This tells the CPU how quickly to run your program. Typical clock speeds for microcontrollers can be as low as 32kHz (32000 instructions per second) but are typically in the range of 4-64MHz. Compare that to a PlayStation 5 GPU that is capable of over 10TeraFlops – that’s 10,000,000,000,000 instructions per second! This relatively slow speed is also there by design – it reduces electrical power requirements, meaning your device can run for much longer when on battery. A PIC10F322 at its slowest speed could run for decades on a pair of AA batteries!

You may also notice the memory. RAM is where your variables are stored. FLASH memory is used to hold the instructions that make up your program, so that if electrical power is lost you don’t lose your program. This means that once your program is loaded, it will never be lost (FLASH memory does eventually decay, but it’s good for around 30 years!).

This is the simplest of all connections and is implemented by the PORTA block in our example above. GPIO gives full control of a pin’s voltage (HIGH or LOW) to the program running on the microcontroller. Software writing a ‘1’ to a well-defined location in memory will cause the voltage on a given pin will be set HIGH and writing a ‘0’ produces a LOW voltage. Similarly, the voltage on a pin can be sensed, and read from that memory location. GPIO is perfect for the integration of very simple transducers, such as a button or an LED, but soon becomes unwieldy for more complex interactions.

PWM allows for a single value to be shared over a pin through a very simple mechanism. Specialist hardware (a PWM driver) on a microcontroller will periodically change the value on a pin high and then low. The frequency at which this happens can be controlled, as can the duty cycle (the ratio of how the long the pin stays high compared to how long it stays low). This creates a repeating “train” of HIGH pulses on a pin, without the CPU needing to be directly involved. PWM is a very common mechanism for controlling motors, servos, controlling the brightness of LEDs and even making simple sounds!

The more sophisticated sensors and actuators are supported by more sophisticated protocols. Detailed treatment of these protocols are beyond the scope of this article, but they are work on the same core principle. They transmit a train of pulses similarly to PWM, but not in a repeating pattern. Instead, each HIGH pulse or LOW pulse corresponds to a single bit of data (a ‘1’ or ‘0’). SPI, I2C and UART are capable of sending and receiving very flexible data at high speed (up to millions of bits per second), and are commonly used in devices you will be highly familiar with, including SD cards, LCD graphics displays, movement sensors, GPS trackers and even stage lighting.

In this article we have seen how microcontrollers are small, simple, low power devices designed to integrate with sensors and actuators. They can run user programs on their CPU and communicate over a range of digital protocols from GPIO, PWM, SPI, I2C and UART. To develop a deeper understanding of how a simple microcontroller operates, take a look at the PIC10F322 datasheet [1]. Also see [2] for a very accessible article on the common uses of PWM, and similar articles for I2C, SPI and UART. We’ll also see some live examples as we progress through the course!