Nature as a first line of defence

In many cases ecosystems are mankind’s first line of defence against extreme events, such as floods, droughts, heatwaves or tropical storms. 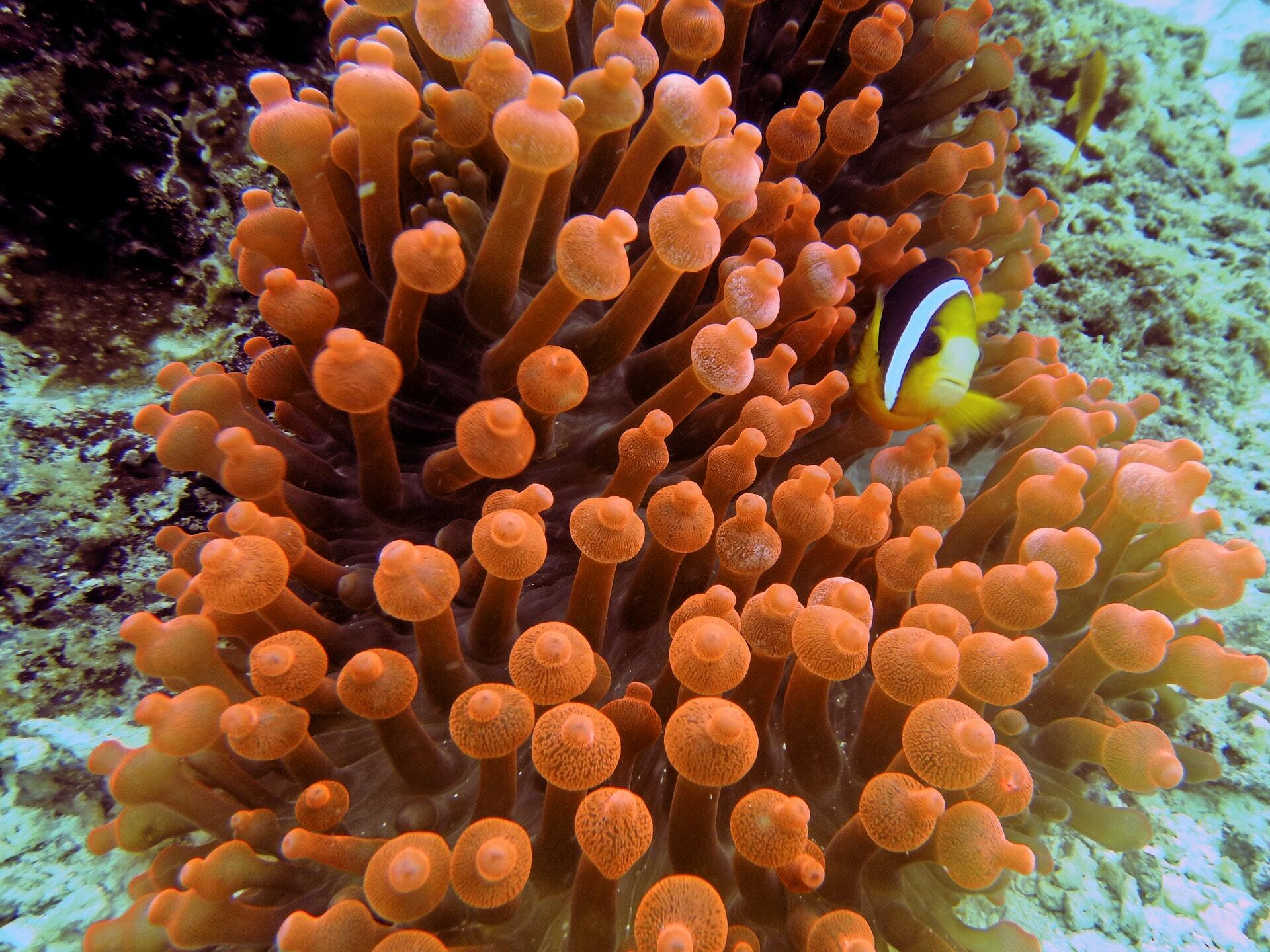 Ecosystems are defined as “a dynamic complex of plant, animal and micro-organism communities and their non-living environment interacting as a functional unit” (Convention on Biological Diversity, 1992). They are a community of living and non-living things, of which humans are fully part.

In many cases ecosystems are mankind’s first line of defence against extreme events, such as floods, droughts, heatwaves, tropical storms and other effects of climate change. At the same time, ecosystems themselves are already being impacted by climate change, affecting their functions and the many benefits and services they provide. For example, rising ocean temperatures threaten sensitive biodiversity existing on the ocean floor.

Ecosystems play an important role in both adaptation and mitigation (Ojea, 2014). Adaptation action using nature-based solutions is crucial to minimize adverse outcomes from climate change for both ecosystems and society (GCA, 2019). 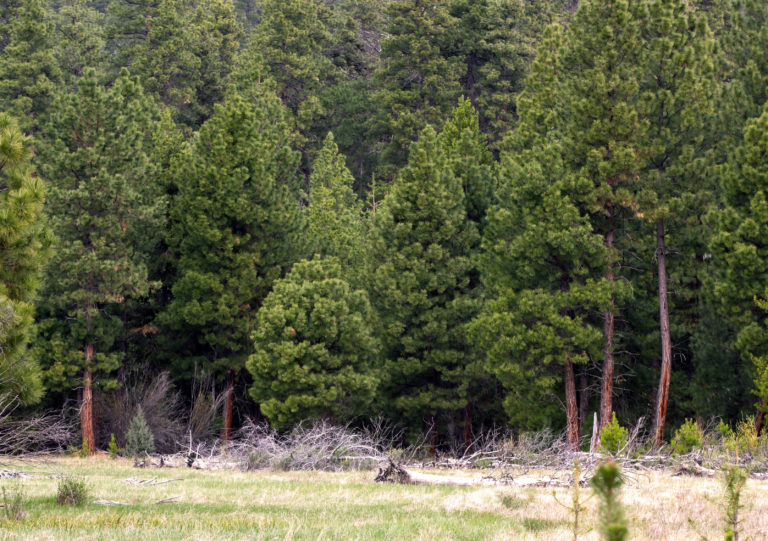 Ecosystem services are the benefits people obtain from ecosystems. Those services can be divided in provisioning, regulating and cultural services that directly affect people. Finally, there are supporting services that are needed to maintain the other services. An explanation of each category is as follows:

There are clear linkages between ecosystem services and human well-being, as depicted in the figure below. 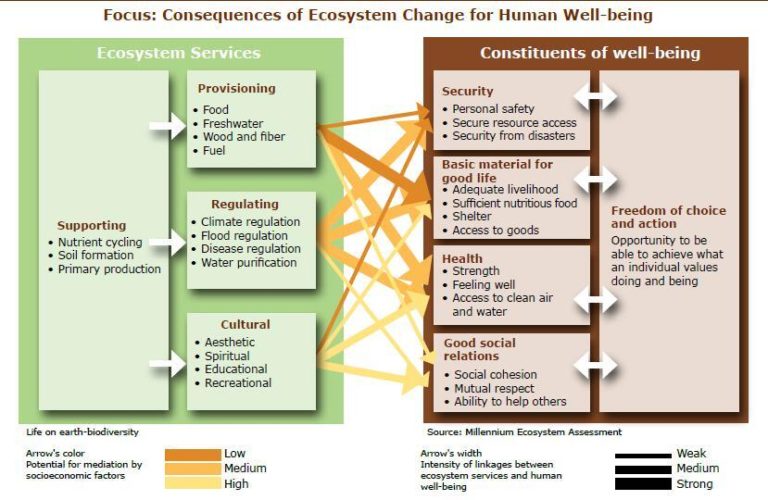 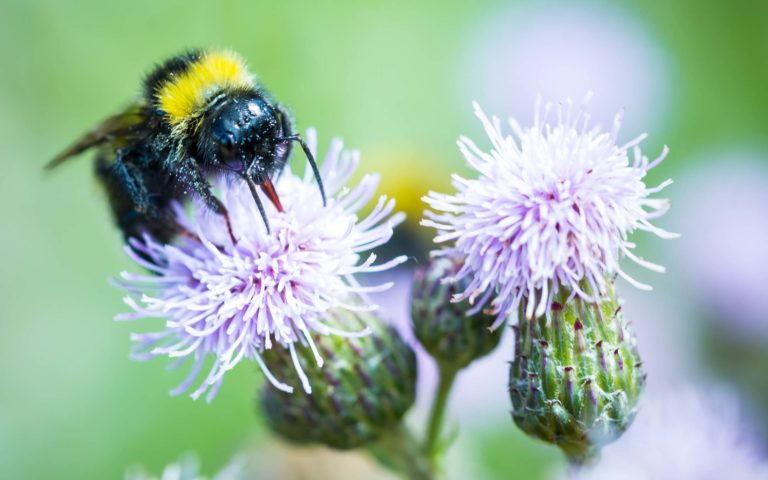 A meta-analysis (Timmer, 2011) looking at 1300 different species, showed that climate change is already causing species to change habitat two to three times faster than expected. In Europe and North America, species are heading northwards and to higher ground over the last decades.

The 2019 report from the Intergovernmental Science-Policy Platform on Biodiversity and Ecosystem Services (IPBES) states that around 1 million animal and plant species are now threatened with extinction, many within decades, more than ever before in human history.

The average abundance of native species in most major land-based habitats has fallen by at least 20%, mostly since 1900. More than 40% of amphibian species, almost 33% of reef forming corals and more than a third of all marine mammals are threatened. Negative trends in nature will continue to 2050 and beyond in all of the policy scenarios explored in the Report, except those that include transformative change. Ecosystem loss and degradation as a result of population pressure, resource overuse and pollution, is already happening at an alarming rate. More than 35% of the world’s mangroves have disappeared. The figure is as high as 50% in countries such as India, the Philippines, and Vietnam. The tropics lost 12 million hectares of tree cover in 2018. Of greatest concern is the disappearance of 3.6 million hectares of primary rainforest, an area the size of Belgium. 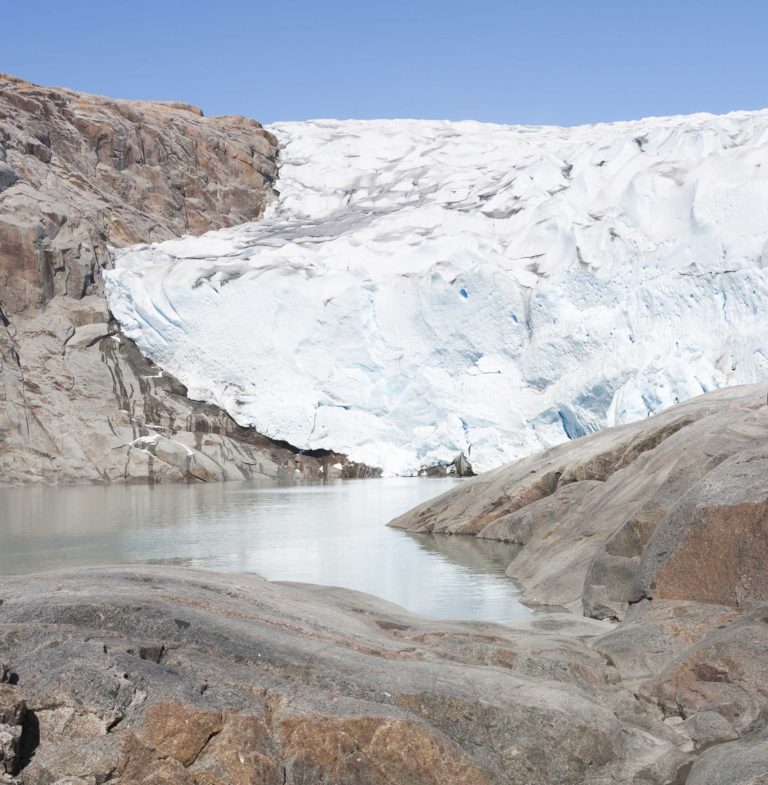 Ecosystems are more resilient to climate change if they are healthy and not affected by non-climate stressors such as pollution, ecosystem destruction and/or the overuse of natural resources. Ecosystems have limits beyond which they can no longer function and cannot provide the services on which communities and their livelihoods depend.

This loss and degradation are further exacerbated by the impact of a changing climate on already vulnerable ecosystems. It is therefore important that natural resource management and climate adaptation are mutually reinforcing and that adaptation strategies apply a “do no harm” approach to ecosystems and, where possible, reduce non-climate stressors.

Think of an ecosystem in your country. What species have been identified as endangered by climate change? Please share with other learners in the discussion below.

Global Commission on Adaptation, Background paper on the Role of Natural Environment in Adaptation.

World Wildlife Fund, Mangrove forests are one of the world’s most threatened tropical ecosystems