This step will guide us through the out-of-the-box duplicate detection functionality, designed to alert the user to potential duplicates when they create or update records interactively in model-driven apps.

Duplicate detection is a commonly requested feature in database applications to help keep data clean. As users are creating records, they may not be aware that the record they are creating already exists in the system.

The out of the box duplicate detection functionality is designed to alert the user to potential duplicates when they create or update records interactively in model-driven apps. They can also be run as a system job in the background to find potential duplicates for the administrator to review.

Additionally, developers can detect duplicates when using the platform API via code. These scenarios are all enabled by enabling duplicate detection and configuring the rules on what is to consider a duplicate. 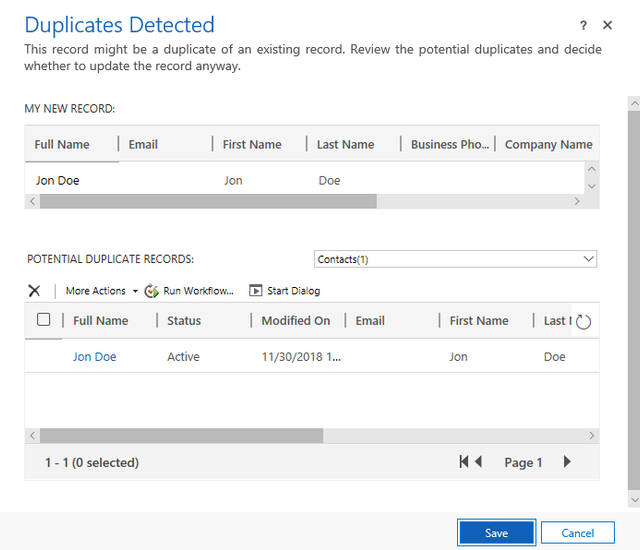 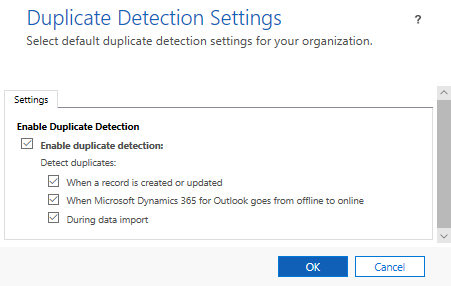 Any entity for which you would like to use duplicate detection needs to be enabled at an entity level. The data services area of the entity is found in any solution where the entity is present.

Once the organisation and specific entities are enabled, duplicate detection rules can be created.

Duplicate detection rules state which fields will be used to determine potential duplicate data. This is usually determined by the most unique data on the record, such as an email address.

Often multiple lines are used to help rule out false positives, such as first name, last name and business phone in the same rule.

Fields can be an exact match, share a given number of first letters or last letters. For example, you may have account names where the first six letters are a match, and this might need to be reviewed to see if the new account is a child of an existing account.

You can decide if you want to force your matches to be case-sensitive. Typically, this box is left unchecked. You can also choose to ignore blank values. Ignoring blank values prevents the rule from seeing the specified field as blank on two records as a match.

Typically, this checkbox is checked, and blanks are ignored. It is common to check the box to exclude inactive records from the rule, so that previously resolved duplicates do not keep popping up in the results. 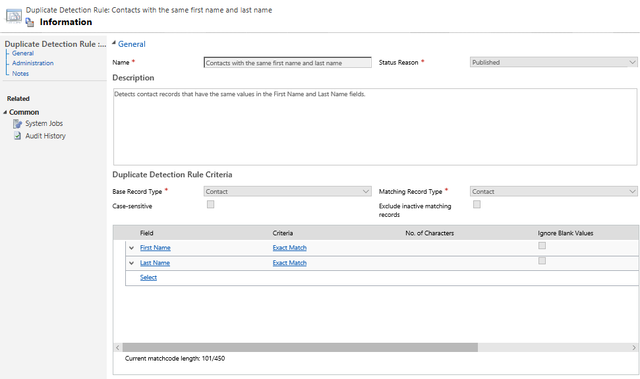 Duplicate detection can also be used to screen two entities to see if there are duplicates across the records, such as a ‘lead’ that is also a ‘contact’. The matching record type is used to specify which other records should be checked, whether it is the same entity or a different entity.

You can have multiple active duplicate detection rules for an entity. 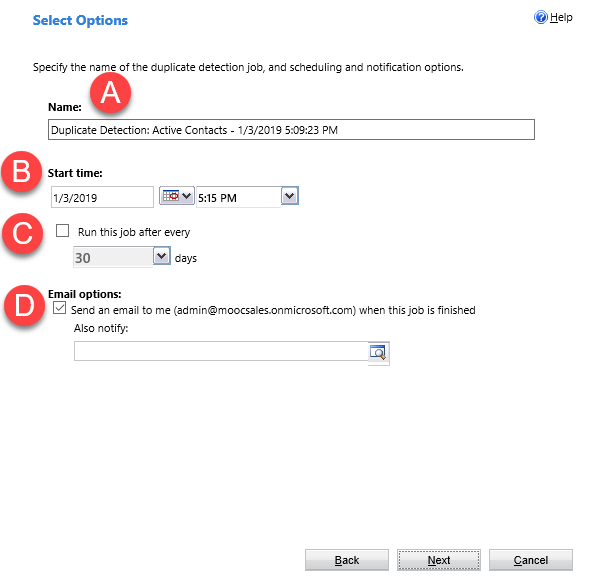 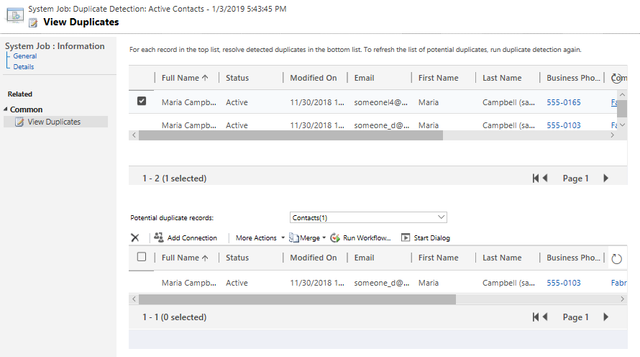 In the next step you’ll have the ‘Duplicate Detection’ Hands-on Lab for this week where you’ll be tasked with configuring duplicate detection rules, as per the needs set forth in the brief