What sort of investigative tools and methods were around in the time of Sherlock Holmes?
© The University of Newcastle, Australia

In the opening chapter of the novel, we also learn about another interest of Sherlock Holmes, namely forensics – the scientific discipline that deals with gathering and preserving evidence from a crime scene.

Holmes is very cutting-edge in his application of scientific method to criminal investigation. We learn that he has written a book on the different ashes produced by various tobaccos, which is presented as useful for uncovering clues. He has also written a book about tracing footsteps, and another on the impact of people’s trade on the form of their hands.

There’s an important historical background to this, and it has to do with the professionalisation of the police and the establishment of modern investigative capabilities over the course of the nineteenth century. Prior to 1800, European cities typically had watchmen and constables, but no real police. Combatting crime often relied on “hue and cry”, that is, the responsibility of citizens to cry out and help with the arrests if they witness a crime. As you can imagine, it was a policing strategy with severe limitations.

In mid-eighteenth-century, London, the novelist Henry Fielding, who was also a magistrate, was instrumental in creating an early form of police. His force of so-called Bow Street Runners – named after the location of Fielding’s magistrate’s office – eventually developed into the London Metropolitan Police, founded in 1829. Other major cities followed suit later in the century – Dublin in 1836, New York in 1845, Melbourne in 1853 and Sydney in 1862.

It was high time. Rapid population growth in the large metropolitan centres meant that cities had become havens for criminals, and new forms of urban crime – including murder – had become prevalent. It is arguably this clash between modern urban crime and the modern detective police that gives rise to the detective fiction genre around the middle of the century. We should keep in mind, however, that police officers are often (but not always!) portrayed as incompetent and ineffectual in early crime fiction. Mr Athelney Jones in The Sign of Four is a good example.

As a means of supporting the new metropolitan police forces in their attempts to fight crime, scientists began developing forensic methodologies. In the first instance, there was a strong focus on providing certain ways of identifying a criminal.

An early example is phrenology. Founded by German anatomist Franz Gall (1758-1828) around 1800, phrenology assumes that there is a stable connection between the form of the skull and certain mental dispositions – which means that one could potentially identify a criminal simply by looking at his cranium. 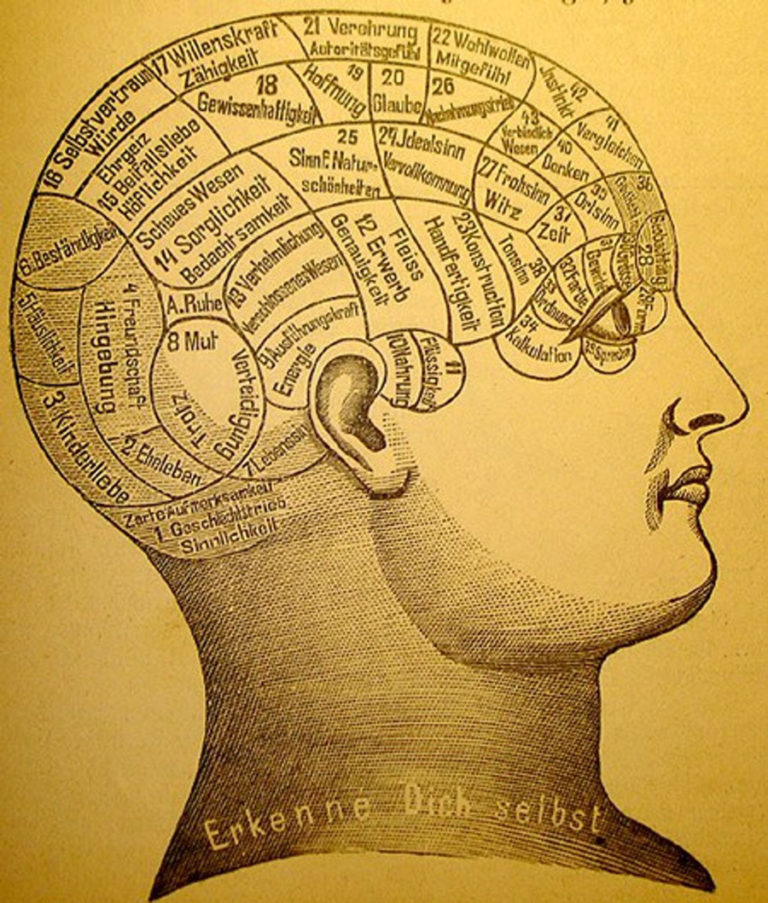 Later in the century, the influential Italian criminologist Cesare Lombroso (1835-1909), continuing Gall’s work, claimed that criminal dispositions were inherited and could be detected in the form of physical “defects” such as a sloping forehead or an asymmetrical face. 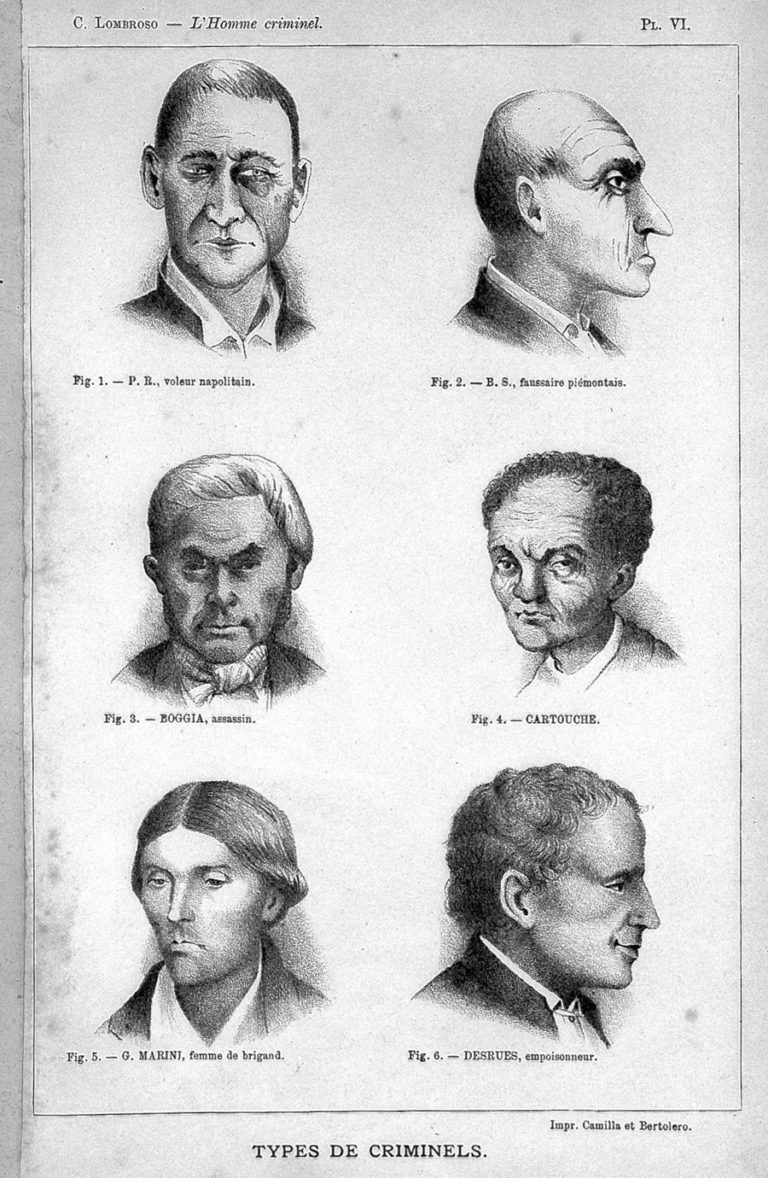 French police officer Alphonse Bertillon (1853-1914) believed that this could be done by measuring the person’s limbs. He assumed that a combination of measurements (head length, head breadth, middle finger, left foot and forearm) would provide a unique signature that could be used for identification purposes. The Bertillon System was widely used in policing towards the end of the nineteenth century, and it did lead to some successes. However, it was also very error-prone, so it was eventually abandoned. 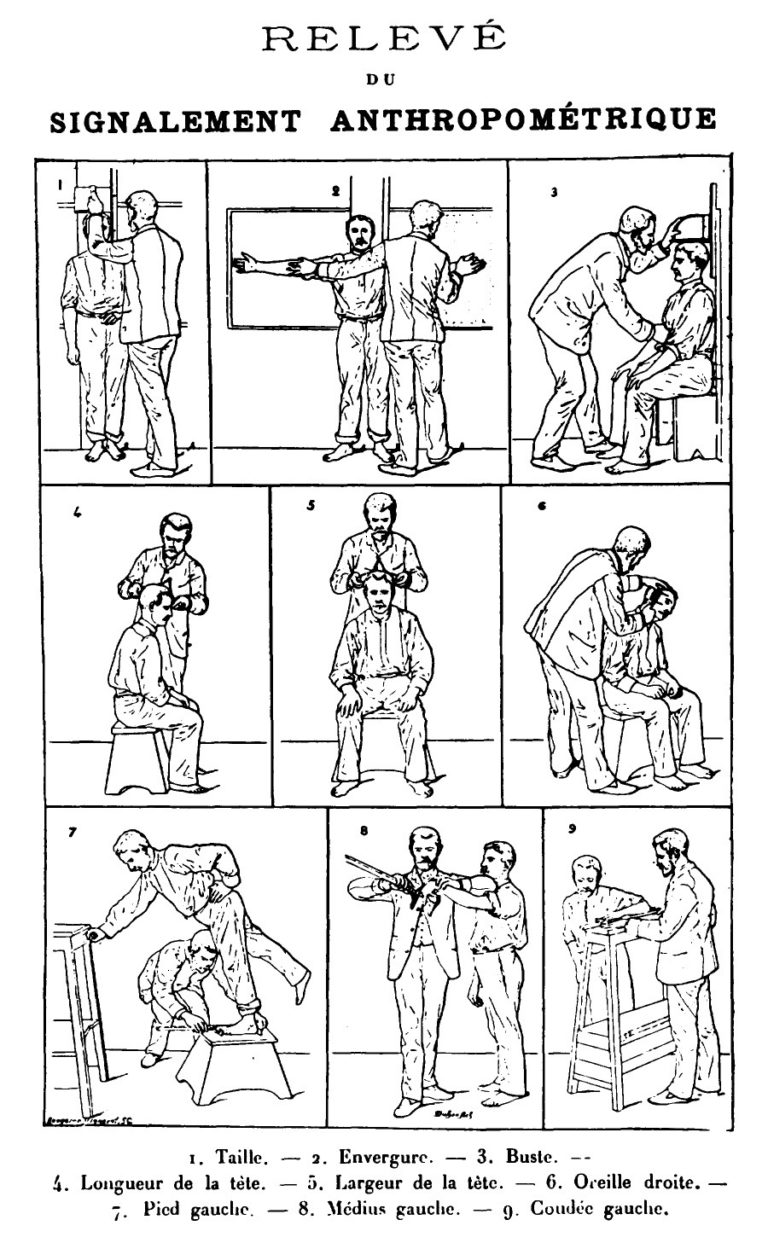 The most enduring of these nineteenth-century forensic techniques is fingerprint identification (also known as dactyloscopy), which is still, in digital form, a preferred means of identification. Fingerprinting was proposed by a number of police officers and scientists across the nineteenth century, but the English scientist Francis Galton (1822-1911) is often credited with having devised a practical method that became widely used. This happened around 1890. 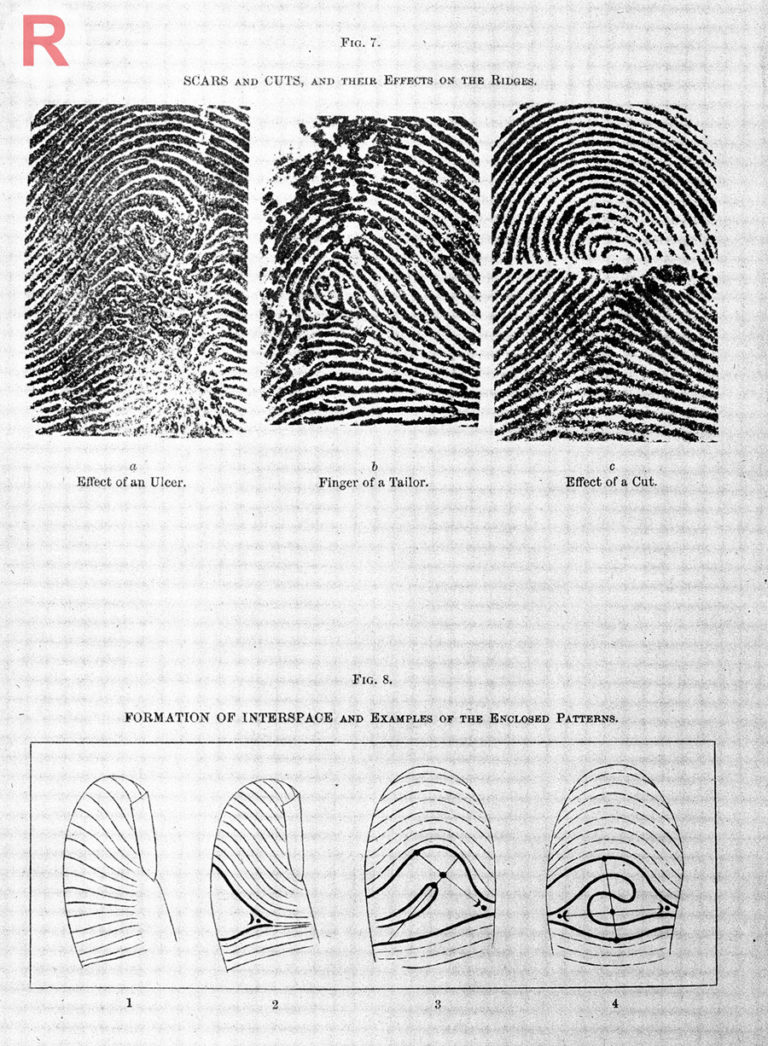 To conclude: forensic scientists made rapid advancements over the course of the nineteenth century, offering significant support to the emerging investigative police forces and paving the way for even greater advances in the twentieth and early twenty-first centuries.

Doyle presents Holmes as a forensic scientist, and as someone intent on putting detective work on a scientific footing. It’s important to note that Holmes’s own forensic labour aims to develop methods of identifying criminals, so in this sense it’s closely aligned to the work of Bertillon and Galston.

Does Holmes actually put his forensic theories into practices? Is he using the new scientific methods to solve the mystery? Can you think of any examples?