What is Space Weather?

In this article, Dr Tim Jackson explains Space Weather and its potential effects on earth. Let's explore it further. 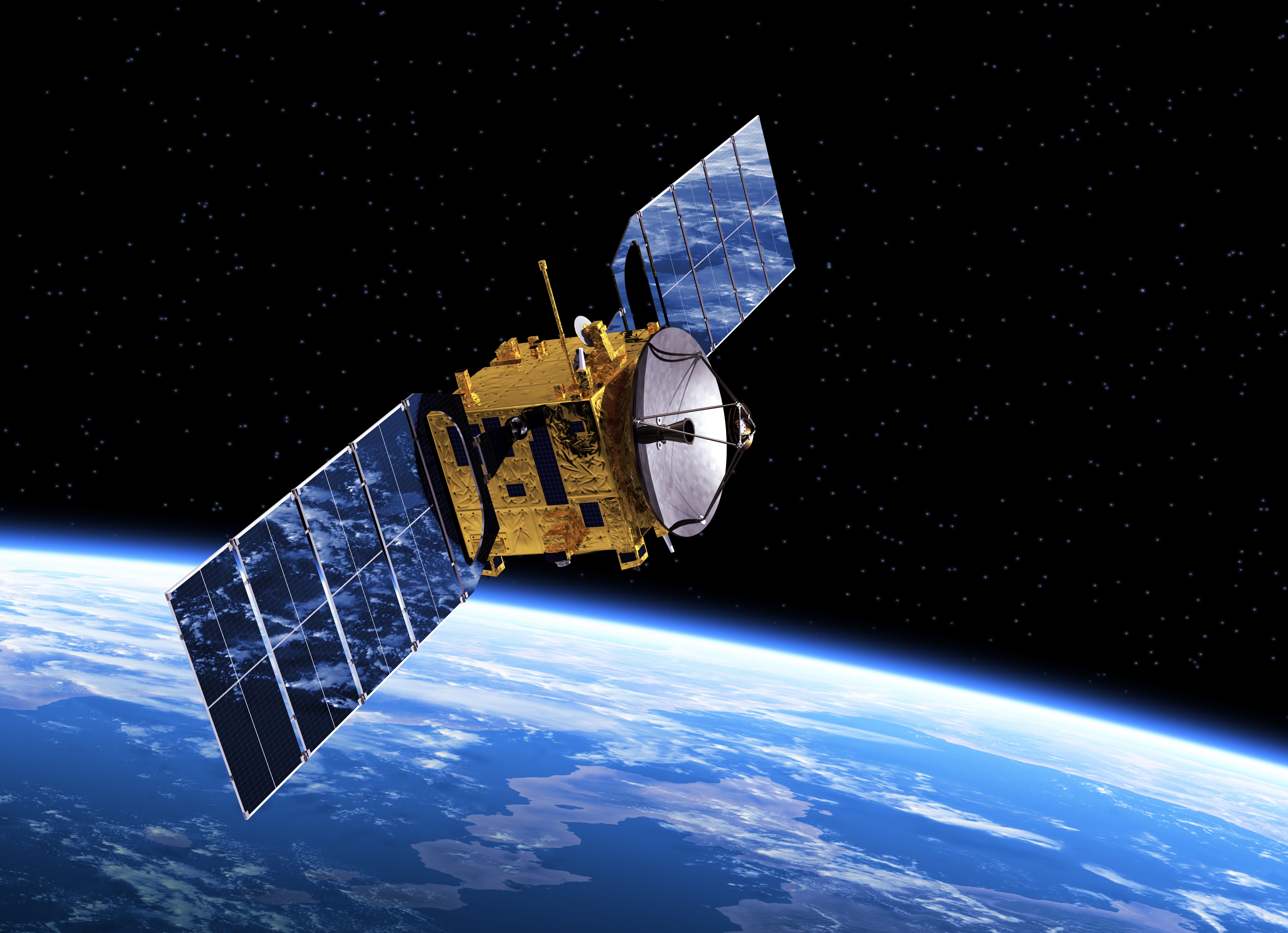 Every second, millions of tons of charged particles like electrons and protons shoot out from the surface of the sun at speeds of the order of a million miles an hour.

The velocity of the solar wind is up to around 106 metres per second at the Earth; compare that with atmospheric wind speeds of the order of 10 m s-1 and it is clear that momentum in the solar wind is certainly much less than anything that we might feel. However, it isn’t the physical momentum that matters, it’s the electrical charge associated with the wind and the rate at which it arrives.

Hopefully, you recognise we’re talking about electric currents, and you begin to see why this subject has a place in Electrical Engineering.

What is space weather?

The Earth’s atmosphere can be thought of as a 400 km deep shell around the planet of radius 6000. If we imagine it presents an annular area to the solar wind then we can quickly estimate a current of 100s of thousands of amps, due to the solar wind.

These are very crude estimates but what they do give us is a feel for what Space Weather could be all about. 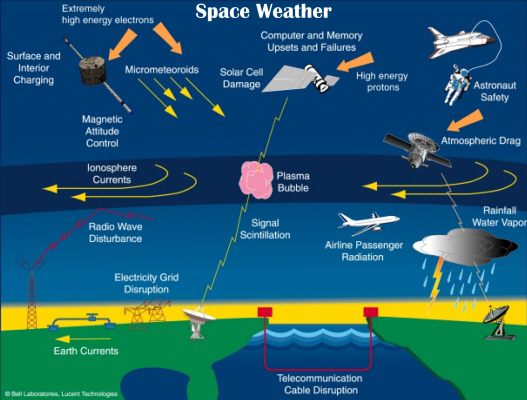 This picture, taken from [2], gives us an idea of what can happen when the solar wind gets particularly strong, as it does from time to time due to the processes taking place within the Sun.

Effects of the solar winds

Let’s start with communications systems. The high energetic charged particles can damage the solar cells used to power the satellites (you may know that ion implantation is used to make some semiconductor devices so charged particles with the right energy can cause significant damage).

The satellites themselves may become electrically charged leading to discharges (sparks, or lightning!). Given that we rely on satellites for telephone calls, television signals, navigation (GPS), monitoring our own weather, looking for earthquakes, these incidents can have serious consequences for us, the human users.

What would happen to our transport systems, health systems and emergency services systems that increasingly rely on GPS, if the satellite links went down? The internet of things, smart electricity meters, healthcare technologies – all these growth industries rely on electromagnetic communications.

You may also know that magnetic fields exist around currents. Radio signals are sent around the Earth by bouncing them off the charged particle layers in the upper atmosphere. Severe “magnetic storms” can stop radio communications completely, particularly in polar regions.

The electricity transmission grid can also be affected. Fluctuating magnetic fields can induce current surges which lead to damage or tripping of the safety systems.

A good example of all these effects [3] occurred in 1989. A solar flare on Friday, March 10th caused interference in radio signals in Europe. This was the first effect – radio waves travel at the speed of light. On March 12th, the effects of the solar wind became clearer.

There was a strong display of the Northern Lights. In the early morning of 13th March, the ground currents in Quebec, Canada were sufficient to trip out the electricity distribution system and millions of people in homes, offices, on the underground metro system, in lifts, in schools, in airports, found themselves without electrical power for up to 12 hours.

There were electronic anomalies in the electronic circuits in communications satellites and on NASA’s Discovery Space Shuttle.

At the University of Birmingham, our Space Environment and Radio Engineering research group [4], investigates how to describe and predict the electromagnetic properties of the ionosphere, including the impact of space weather on radio propagation impact and radio instrumentation.

Students are involved in designing and launching test satellites for these studies.