This article describes Toyota's Production System and Lean Production. These are concepts that focus on eliminating waste in production.
© Luleå University of Technology
Lean production is a production method that originated from the ideas of Taiichi Ohno, an industrial engineer who worked at Toyota. In the 1950s Ohno was tasked with improving Toyota’s manufacturing process, to make Toyota’s production as efficient as that of Ford.

After visiting Ford and learning about their successful processes, Ohno realised that their strategies wouldn’t fit the Japanese market. Inspired by their assembly line, he recreated parts of Fords way of working and adapted it to the Japanese context. The result was the Toyota Production System, which later became Lean Production.

Put simply, Lean Production is about making the manufacturing process more efficient in the long-term by reducing waste in all stages of production.

The Toyota Production System was very successful. Many came to study this system, including American researcher. One of these researchers were Jeffrey K Liker. He developed the 4P model (pictured below) that describes Toyota’s production systems. These principles are also found in Lean Production. 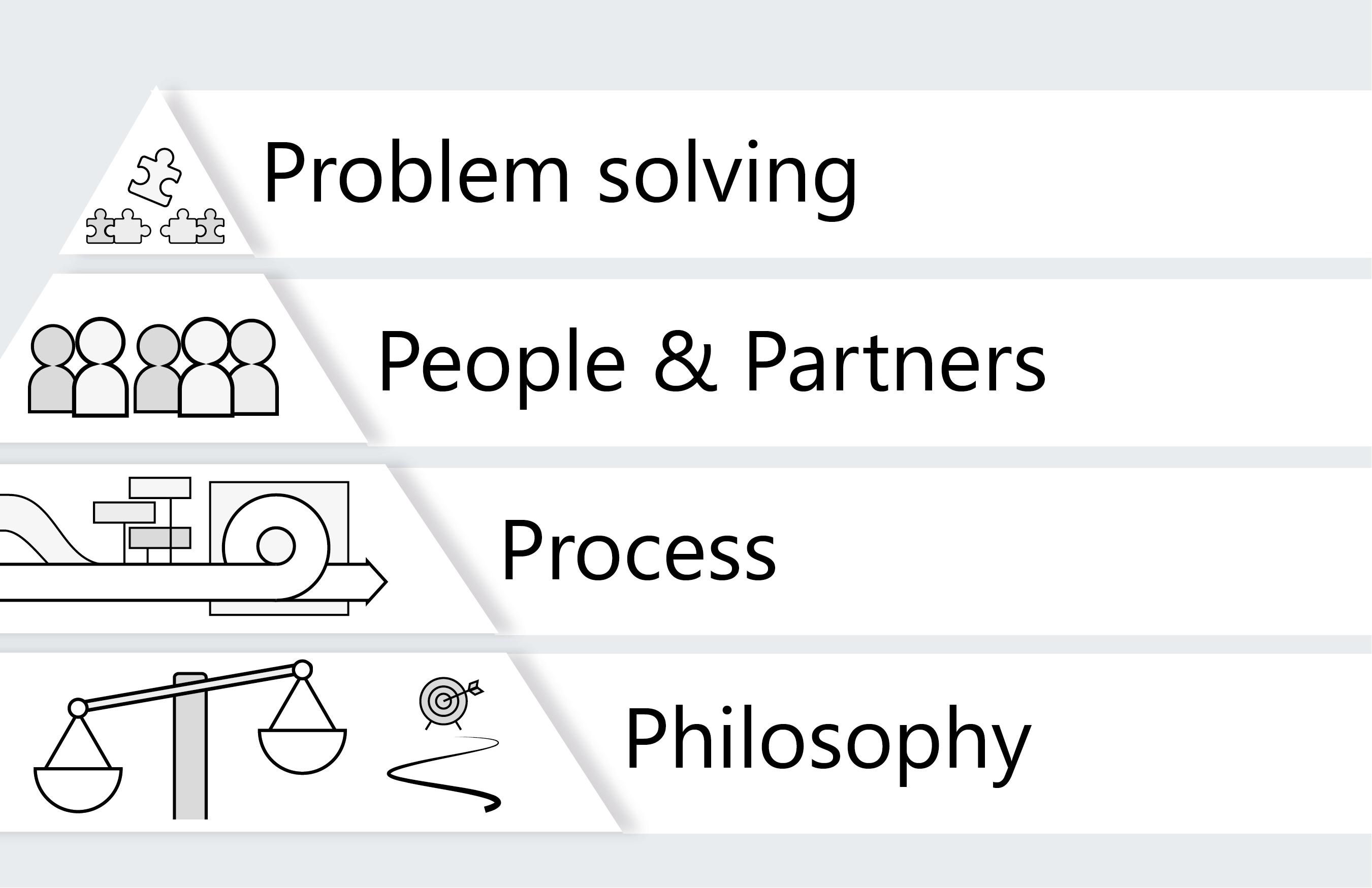 Process: Working proactively and develop processes that are based on reliable technology and standardised tasks reduces waste. If a problem would occur, one should “stop the flow”. Meaning, to stop production entirely and fix the problem before continuing to save as many products as possible from defects. This step also encourages companies to only produce according to customer demand rather than over-producing, to eliminate waste and reduce storage costs.

People & Partners: This step is about respecting, challenging and educating the people and partners working at, and for, the company. Encourage workers to want to learn more, and create leaders that truly stands for the company’s philosophy.

Problem Solving: Focusing on continuous improvement and learning. Ask for help, watch and learn, take your time when making a decision, and implement change quickly when the decision has been made.

The Toyota Production System and Lean Production focus on eliminating waste. The goal is to have no waste in the production process. There are seven types of waste:

These ideas are mainly about improving the production process. But since its mindset is basically about conducting continuous improvements and eliminating waste, its core values can be applied on all work regardless of industry.