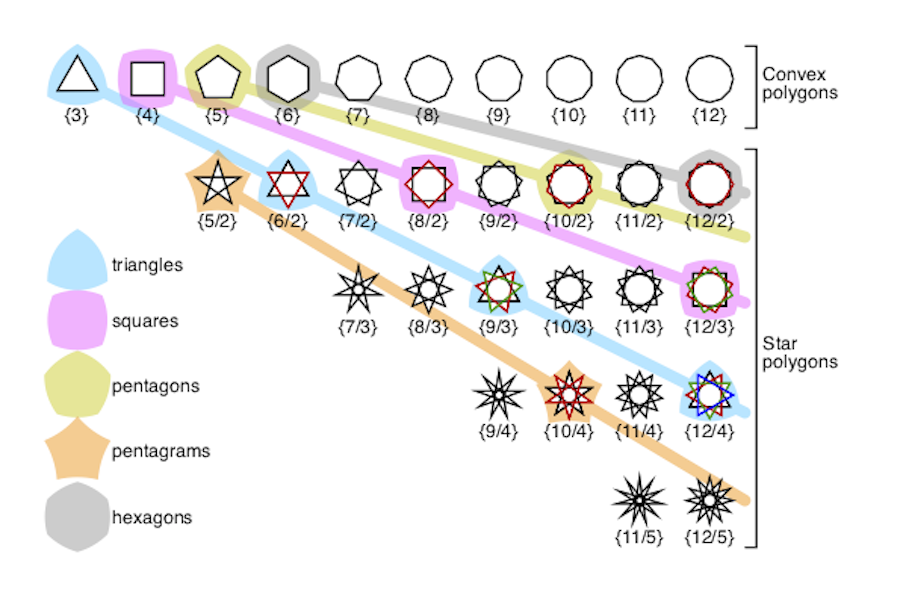 Les Pook has written two classic books on flexagon theory. His second book, Serious Fun with Flexagons, is a rigorous, comprehensive analysis of many kinds of flexagons, the nets from which they are constructed and some of their interesting properties.

In this article we’ll learn a bit about Pook’s work. Tackling this article is well-worth the effort because the connection between math and flexagons is really exciting! I’ve really tried my best to make things clear, and we’ll really just touch the more basic ideas. Please do try to read and learn. If you find some of the words difficult, just look them up online and by reading slowly, you should be able to grasp things.

Pook created a flexagon symbol that uses the Schläfli symbol. Pook’s flexagon symbol (usually) has 3 components. The first is the number of sectors the flexagon has. A flexagon can usually be divided into identical units. These units are called sectors. The tri-hexa-flexagon, for example, is made out of 3 identical sectors of two equilateral triangles joined at a common edge. Each sector has two pats, one of them with 1 leaf, and the other with 2 leaves. The difference in the number of leaves in each pat is the reason why there are 3 sectors and not 6. The sectors must be completely identical. The hexa-hexa-flexagon also has 3 sectors.