Find out more
Home / Healthcare & Medicine / Nutrition / Food and Mood: Improving Mental Health Through Diet and Nutrition / Inflammation: is your body and brain on fire? 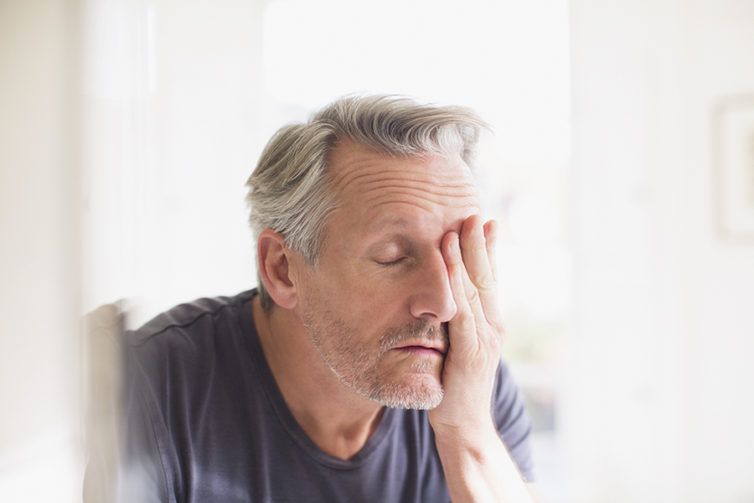 Evidence shows that mental health issues might be linked to the immune system and inflammation.

There are several factors that could contribute to the state of inflammation. For example, prolonged stress or prolonged activation of pro-inflammatory immune responses such as with smoking or poor sleep could lead to a chronic inflammatory state. 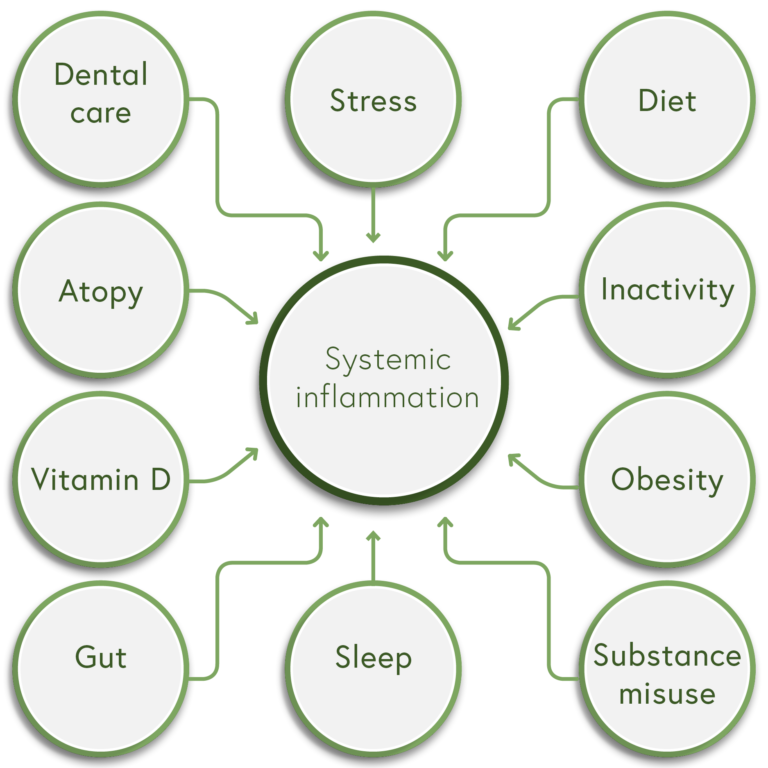 A poor diet can significantly contribute to the state of inflammation. Evidence from large population-based studies shows that consumption of Western dietary patterns is linked to a higher concentration of inflammatory blood markers.

Traditional dietary patterns (e.g., Mediterranean or Nordic) are consistently associated with an anti-inflammatory response. This suggests that these diets – high in plant-based food and fish – may decrease the risks of ill mental health and support cognitive functions. Also, intervention studies, show that inflammatory states improve when the diet is improved and fruit and vegetable intake is increased.

For those learners who are eager to learn more about inflammation and inflammatory markers associated with diet, in-depth and discipline-specific courses will soon be available.

Review the concept of inflammation based on several factors presented in the “Factors contributing to systemic inflammation” diagram in this Step.