How and Where Have Foods Been Used as Medicine in the Past?

Cultural practices relating to food as medicine across the globe are steeped in history, complex belief and value systems. 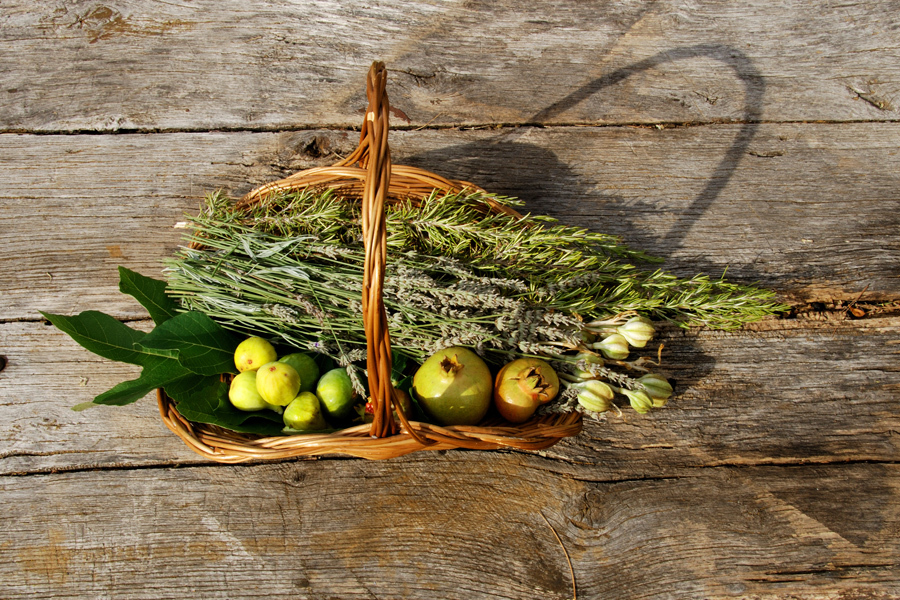 The concept of food as medicine has been around for millennia. In traditional cultures food and medicine were strongly interwoven.

Many special foods were known and treasured due to their use in treating or preventing disease and the knowledge of these special foods was carefully passed down the generations. Cultural practices relating to food as medicine across the globe are steeped in history, complex belief and value systems.

The modern era of evidence based practice and the globalised world we live and operate within, presents an interesting time as we begin to investigate and research some of these long held beliefs and practices in an attempt to gather evidence and strengthen our understanding of the role of food as medicine.

We are moving towards gathering facts to support useful practices as well as understanding and respecting the belief systems that led to some medicinal traditions even if nowadays their scientific basis has not been substantiated.

Across history, many fruits and vegetables and other plant foods have been used, recommended and/or avoided for their supposed medicinal properties. As one example, when the Tudor boy king Edward VI was dying of tuberculosis, he was given: spearmint syrup, red fennel, liverwort, turnip, dates, raisins, mace, and celery mixed with raw meat from a 9-day old female piglet.

Often particular fruits and vegetables were considered to have particular special properties. For example, people were encouraged to avoid eating too many cucumbers and melons as these are very watery foods and so it was thought that they would encourage fluid retention.

Fruits such as figs, pomegranates and quinces were often considered be very beneficial to health but if you did not live around the Mediterranean region, these were accessible only to the wealthy. Okra, a green, finger shaped vegetable common in Indian cooking, was believed to be effective for assisting with managing diabetes as was bitter melon among Chinese people.

In more recent times, cranberries have been regarded as a useful treatment against urinary tract infections although the evidence supporting this is scanty.

In old traditional European diets in countries like Greece, wild greens played an important role. Young leafy shoots and leaves were collected from a great variety of plants including thistle, dandelion, amaranth, stinging nettle, mallow and purslane found growing wild in the countryside. These were eaten raw or boiled and served with lemon juice and olive oil. They were believed to be very important for good health and for recovering from illnesses. Dandelion and sow thistle were used to treat fluid retention.

Stinging nettles which are high in vitamin C were used to treat scurvy and anaemia. Spiny chicory (Stamnagathi), a leafy green common in Crete, was boiled and used to treat stomach ache. It is now known that most of these edible wild greens provide a rich source of vitamins and micronutrients. In southern Herzegovina, 18 different wild vegetables were still found to be used in this way today.

Another example and an interesting case study to consider when thinking of food being used as medicine is that of the Okinawan people who are one of the longest living people in the world. The Okinawans have strong beliefs and practices about food and diet. They believe certain foods to have many medicinal qualities linked to longevity. As they live on the Ryukyu Islands between Japan and China, the Okinawans have been strongly influenced by China and Chinese ideas of longevity achieved through diet.

Historically the highest ranking doctor in Chinese medicine, was the diet doctor. Okinawans believe that ‘food maketh the man’ and that the food they eat is ‘nuchi gusui’, or ‘medicine for life’. You can research more about the Okinawan diet and how it is changing.

We should also think about specific foods or combinations of food that comfort us when we are unwell. Like foods used as medicines, this also will vary across families and across cultures. Chicken soup and its various different permutations and combinations is one example of a food that has been used as part of the medicinal health in times of feeling unwell.

From ancient Chinese history and across many Asian countries and further afield into Europe, congee or a slow cooked rice porridge has been used for invalids, because it is believed to be easily digestible.

Congee may be served fairly plain or it may be flavoured with a range of different proteins – chicken, pork as well as herbs and spices.

Within the Comments, consider sharing with other learners your thoughts on one or more of the following:

Don’t forget to contribute to the discussion by reviewing the comments made by other learners, making sure you provide constructive feedback and commentary. Remember you can also ‘Like’ comments or follow other learners throughout the course.

Comments on a step can be ‘filtered’ which helps you access them in a way that’s best for you. You can do this by selecting comments by ‘All comments’, ‘Bookmarked’, ‘Your comments’ or ‘Following’ from the drop-down menu in the comments section of the step. You can can also sort by ‘Newest’, ‘Oldest’ or ‘Most liked’.

You can also bookmark comments to remind yourself of certain contributions that you might wish to refer back to at a later stage.

If you’re curious about research in this area, consider reading Advice and recipes for invalid and convalescent cookery in Australian cookbooks 1860-1950. Accessing this paper is optional.

This paper is included to help demonstrate some of the research in this area, but we do not expect you to purchase a subscription to read the full paper. Hopefully, just reading the summary provided in the free abstract will be sufficient for those that are wanting to know more about the study.