The elements of a good fungal diagnostic test

In this article, Silke Schelenz describes the elements of a good diagnostic test and some real-life examples of each element. 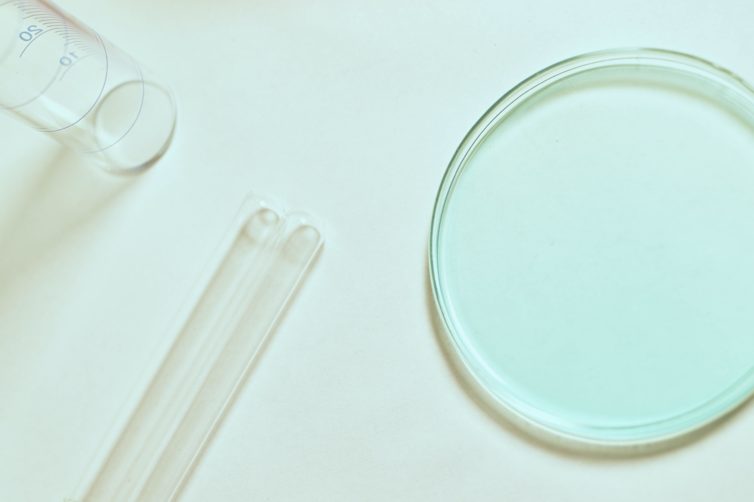 Some tests will need to have a high negative predictive value to rule out infection in order to withhold or stop antifungal agents that are being used unnecessarily.

The BDG test, for example, is a quite sensitive test with a high negative predictive value to rule out common fungal infections such as candidiasis in the critical care setting but has only moderate specificity.

For the diagnosis of fungal infection, the BDG is not as specific. It can also be false positive in a patient such as those on certain haemofiltration (membrane compounds can cross-react) or receiving dietary products containing glucan (TPN) etc.

GM is another fungal biomarker used in neutropenic patients to monitor high-risk patients for the development of IPA and twice-weekly screening is commonly recommended for neutropenic haematology patients.

The basic elements of a good fungal diagnostic test

Unfortunately, most diagnostic tests do not fulfil all these criteria.

A highly sensitive test with moderate specificity (high negative predictive value) can be used to rule out fungal disease but may not be so reliable in detecting a fungal infection (e.g. BDG).

A highly specific test with moderate sensitivity (high positive predictive value) can be used to assume a fungal disease. A test like this could be used to guide starting or withholding antifungals.

Again, unfortunately, such a test does not exist but instead, a combination of tests (galactomannan together with Aspergillus PCR) is often used to improve the ability to diagnose for example invasive aspergillosis.

Laboratory results are also always interpreted together with the patient’s risk factors (e.g. prolonged neutropenia) and imaging (e.g. high-resolution CT of the chest).

Host factors can influence the reliability of a test. As an example, the use of GM in non-neutropenic (ICU) patients may not provide a reliable diagnostic tool for IPA, as functional phagocytes can remove the GM effectively from the blood.

In a similar way, the use of mould active antifungal agents negatively affects the detection of GM in neutropenic patients which compromises the usefulness of GM screening in high-risk patients.

Interestingly, BDG often remains high following a fungal infection (e.g. candidaemia) even after several weeks which means it cannot be reliably used to monitor the success of anti-fungal treatment.

Ensuring samples are appropriate and timely

Another important part of fungal diagnostics is to ensure that patient samples are taken from the appropriate site and reach the laboratory in a timely manner.

Tests such as BDG or GM and Aspergillus PCR can be performed within a few hours of reaching the laboratory but the results are of little value if the samples take days in transit.

Other factors that affect basic fungal diagnostics (culture & microscopy) are the quality of the sample, the transport and processing of these in the laboratory (as seen in the image below).

If a tissue biopsy of a suspected fungal lesion is macerated in the laboratory then some fungi, such as mucoracious moulds, get damaged and are unable to grow very well. 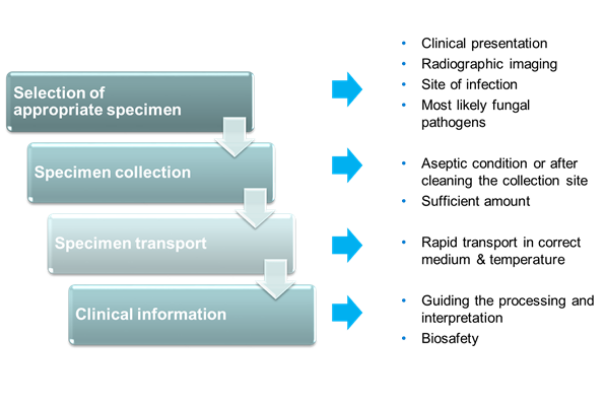 If you require a screen-reader compatible version of the above image, the information is available as a PDF.

It is also important to understand that failing to grow a fungus from culture does not rule out the diagnosis.

All in all, diagnostic mycology requires highly skilled expertise and it would be advisable to always discuss suspected fungal cases with a medical mycologist where possible.

If you’d like to learn more about fungal diagnostics, check out the full online course from BSAC, below.