Learn more about the basic notation developed by Scott Sherman to describe a flexagon. 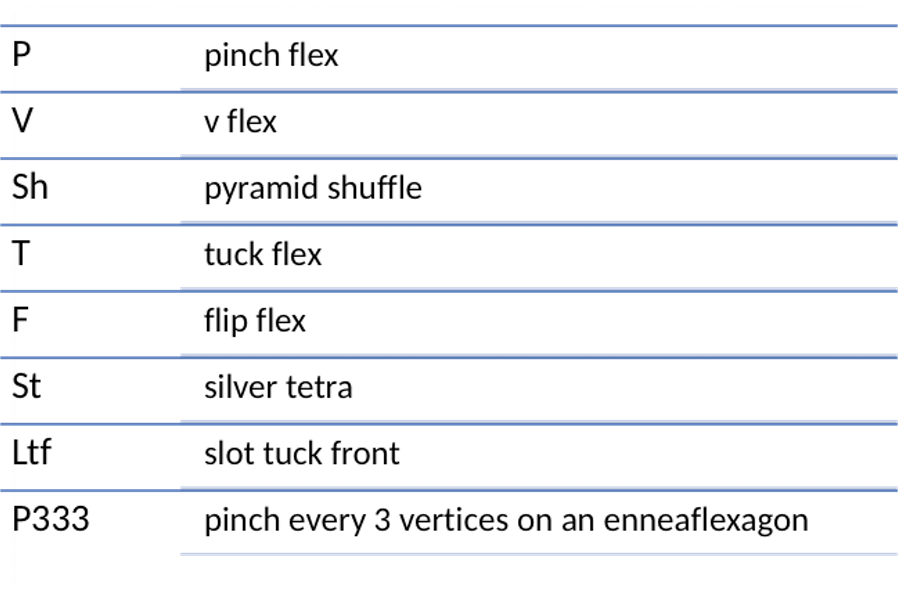 Some of the most important advances in the study of flexagons in recent years have been made by Scott Sherman. It all started when Sherman started to write “Flexagonator”, a computer program that can simulate flexagons. Before we go any further, it’s time to recap the definitions we already know.

Scott Sherman realised that if you want to write a computer program that flexes flexagons, you need to create a language that represents both the objects – flexagon states, leaves, pats, etc – and the different operations that you can do on a flexagon (turn it over, flex it, etc).

Any questions? Feel free to ask.