How to label a flexagon

There are many ways to label a flexagon. Two important labels to understand are leaf id’s and folding numbers 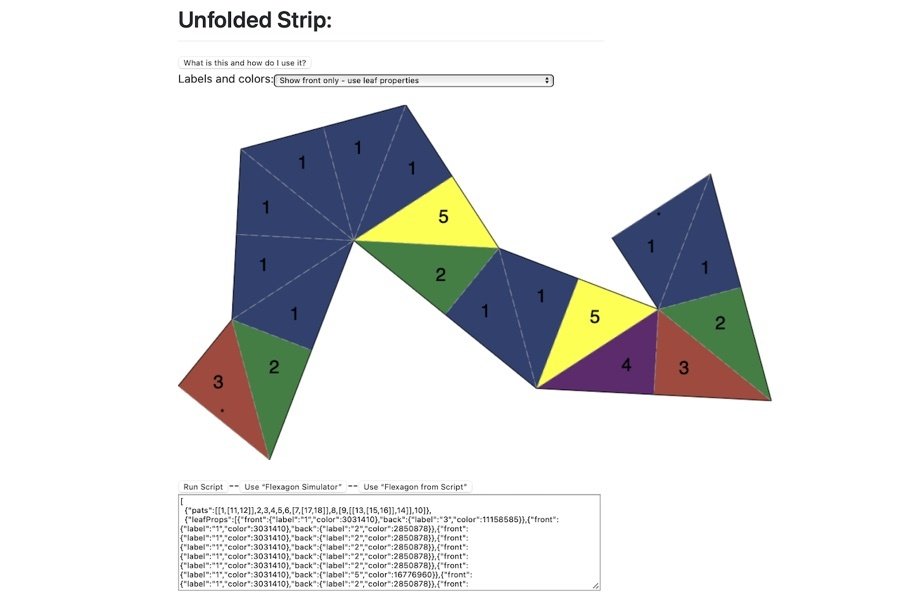 There are many ways to label a flexagon. Two important labels to understand are leaf id’s and folding numbers:

There are many other ways to number flexagons. Flexagonator is constantly being updated with labelling schemes as we understand flexagon structure better.

The third section of the ‘flexagon playground’ creates templates for flexagons created using:

The output is a numbered template, and you can choose which numbers and colours to display. Large numbers are the numbers on the front face of the template; small numbers are those written on the back.

You can choose to show either leaf id’s, folding numbers or both. You can then copy the template, number it and make the flexagon, however, I much prefer to print them, using the last two options in the drop-down box.

These options are ‘show front only’ and ‘show back only’, because the template gets coloured and numbers the leaves accordingly. Unfortunately, there is still no option to print the templates directly, so you have to display the front template, then copy the image by taking a screenshot, and past it into an image processing program (like Preview on Mac or Paint on Windows).

Do the same with the back template and then print double-sided on a printer — or print each side separately and glue them together.