Exploring names: where they come from, how they can change and how this impacts on finding people 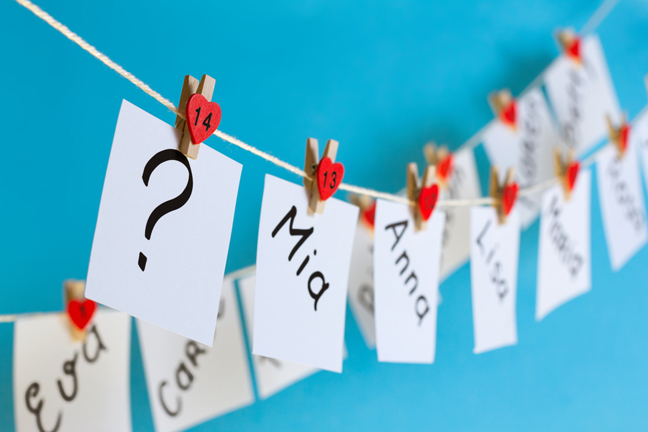 A surname is an identifier passed down through generations.

The use of these is a fairly recent phenomenon, and arose from the need to distinguish two individuals with the same given (first or “Christian”) name. Different parts of the world adopted surnames at different times. Surnames were common throughout the Roman Empire, or in places influenced by Roman culture, around 2,000 years ago. After the fall of Rome (around 450 CE), Ireland was one of the first countries where there was widespread use of hereditary surnames – as early as the tenth century. The first recorded fixed surname is said to be O’ Clery (Ó Cleirigh), referring to Tigherneach Ua Cleirigh, lord of Aidhne in Galway circa 916 A.D. In many other parts of the Western world surnames came into regular use by the time we call the Middle Ages, first by nobles, then by landed gentry, then by everyone.

The changing spelling of names

Up to quite recently (say 150 years or so), names were recorded with a wide range of spellings and individuals themselves may have used many versions too. From the evidence of signatures, William Shakespeare appears to have spelled his surname in six or more different ways over his lifetime. Names can be abbreviated and contracted or similar sounding names can converge over time; Blount and Blunt are good examples of surnames which are similar and often confused. Illiteracy is an issue to bear in mind as many could not sign their own name and might have had no idea how their name ‘should’ have been spelled. Clerks, ministers, census enumerators, teachers and so on will have written down an ancestor’s name for them and thus you may find many variations in spelling both surnames and first names.

Then there is the issue of pronunciation as surnames can be pronounced differently by family group or by country. People also often mis-hear one another due to unfamiliar accents and thus different spellings are written down. Names can be changed to fit in with a migrant’s new community and then someone might just change their name for a personal reason; to cover up their past, to renounce their family or become closer to a new family or just because they didn’t like the name.

In many places people can use any name they prefer as long as there is no intent to commit fraud. Thus there was no obligation to use one’s legal name on the census and there are many instances where people use middle names as first names for totally innocent reasons. So just be aware that even though you have a birth record for someone showing their name as William James Anderson, they may have used the name of Jim Anderson on census records and so on. In these instances, you could consider place and year of birth or age on records to help you find likely candidates.

It’s not just surnames which can change and cause problems; first, given or Christian names can do so as well. The issue of nicknames and using middle names as a first name can also come up when you begin searching for people. Be aware that parents may have used a name again if a child died thus creating confusion when trying to match ages to names in censuses.

Different cultures use naming patterns for passing down first names and these can be both helpful and confusing to the genealogist. Helpful as their use can help assure you that you’ve found the right match but confusing if there are siblings living in the same area all using a naming pattern which leads to many children of a similar age and with the same name. These patterns do change from country to country so it’s worthwhile discovering what these are for the area(s) your ancestors come from.

Tips on how to deal with name ‘issues’

The resources in the ‘See Also’ section below can be consulted for more information on the topic. This book may be of interest to you as well:

Kennett, Debbie. (2012) The Surnames handbook: a guide to family name research in the 21st century. Stroud: The History Press Ltd.