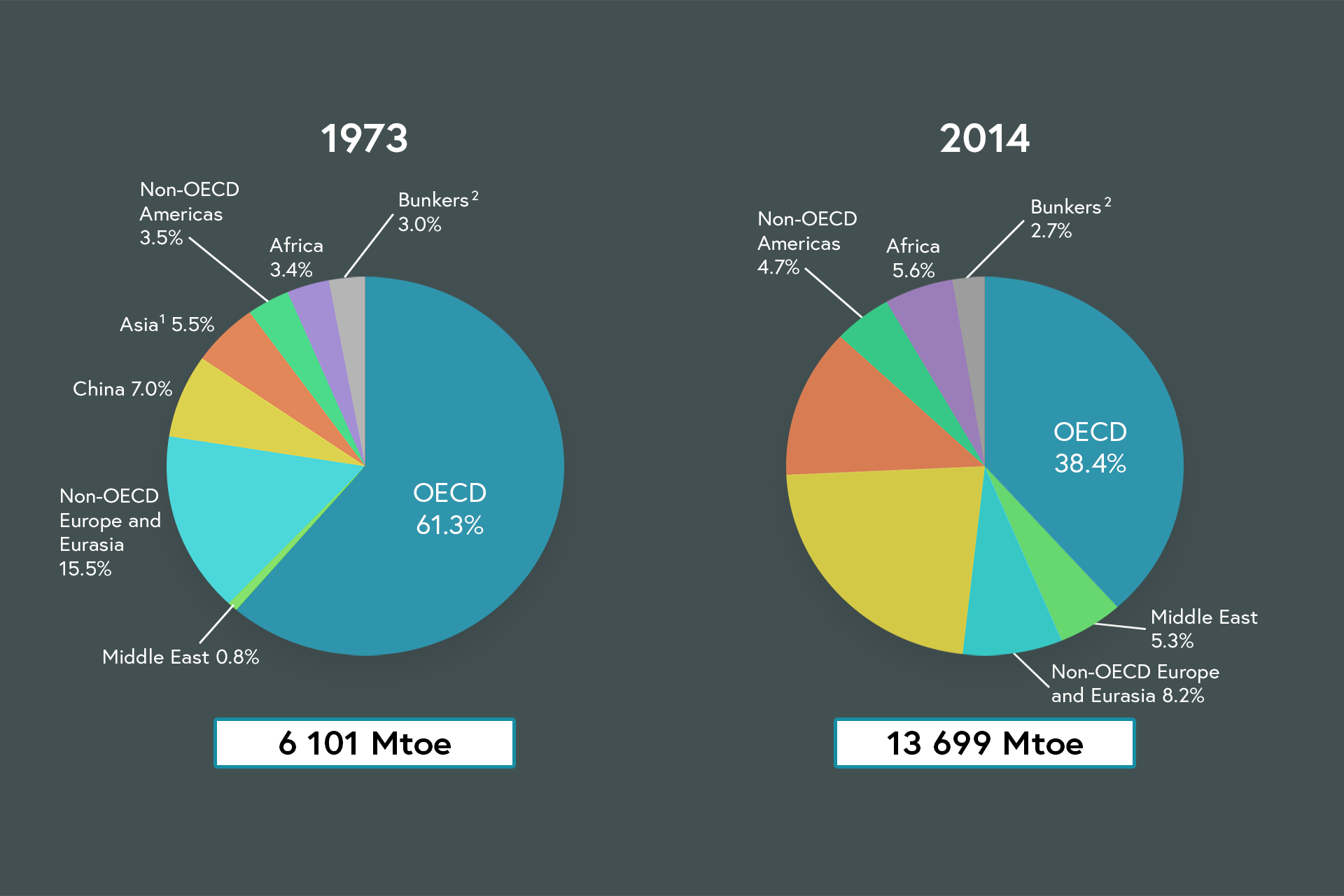 In the video 1.2, one of the central points is that the future of energy demand in Asia will have major ramifications for global energy markets and geopolitics.

The figure above provides comparative data on Total Primary Energy Supply by region.

Demand increase from the Middle East

The Middle East is emerging as an important demand center, contributing another 11 percent to incremental world energy demand. In 2000, the Middle East consumed 20 percent of the oil it produced, but that figure now is only 32 percent. Middle East oil demand has enormous growth potential.

The US and the success story of the shale revolution

US shale oil (light tight oil (LTO)) production growth from 2008 through 2014 was dramatic. The US may indeed be self-sufficient in oil very soon. There are two major reasons that account for US progress toward self-sufficiency: the first is increased oil production due to shale oil, and the second is reducing domestic oil demand stemming from the adoption of policies that improve vehicle efficiency under the first Obama administration.