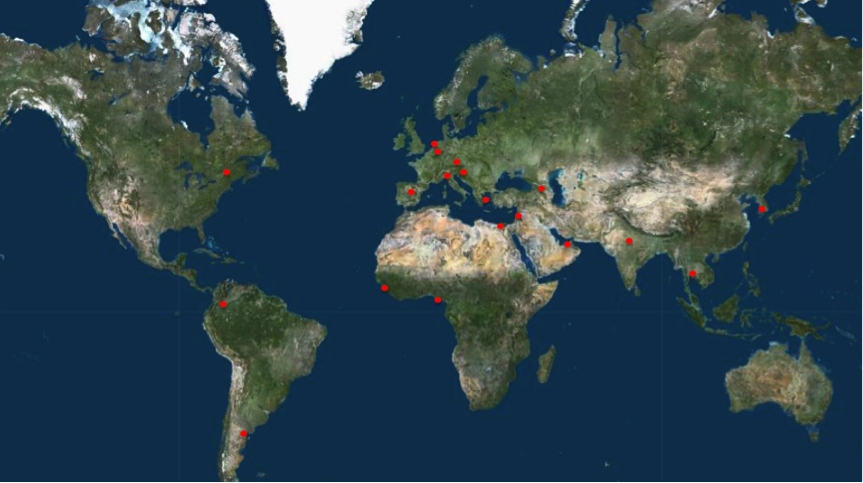 The World Book Capital City is a less-known UNESCO label that celebrates a different heritage field: literature, publishing, and reading.

This label is less than two decades old. After the success of the World Book and Copyright day founded in 1996, UNESCO established the World Book Capital City in 2001. It was held for the first time in Madrid and quickly turned into an annual award. Each year, a different city is chosen and devotes itself to promoting reading and the book economy. It involves not only authors, but also booksellers and publishers. Selected cities organise various events such as lectures, book festivals, authors’ talks, and exhibitions.

With this label, UNESCO combines both of its main fields: cultural heritage and education. Heritage, because it promotes very diverse literary traditions from around the world; education, because reading and literacy still remain essential development goals.

The cities that win the label also pursue their own objectives. For instance, the Korean municipality of Incheon, which held the title in 2015, targeted events at celebrating the city as a centre of modern Korean culture as well as the site of the royal archive and library. The label served to promote Korean culture and emphasize Incheon’s place in the national narrative. As the mayor of Incheon, Yoo Jeong-Bok asserted in 2016 that the title provides Incheon with “another opportunity to showcase, and further develop, its established archival and publishing culture.” The city had already hosted international events such as the 17th Asian Games in 2014. Thanks to the World Book Capital, it was able to attract other national events such as the Korea Reading Festival and the Korean Library Association’s General Conference.

If we go back to the case of Incheon, we can see that obtaining the title was not an easy process. Its bids for the 2013 and 2014 editions were both rejected. To eventually succeed, city authorities had to involve national representatives of the publishing sector and set up a team of eight experts to develop a winning program. They eventually managed to win the title against cities such as Guadalajara (Mexico), Nicosia (Cyprus), Sharjah (UAE), Shenzhen (China), and Vilnius (Lithuania).

Do you think other cultural sectors ought to create similar labels?