An article on acrylamide - how it is formed and the potential health effects.
© EIT Food

As we said in Step 3.2, continuous innovation in the food industry is vital. It can be driven by the emergence of new technologies such as HPP but can also be necessary to react to new risks to the safety of foods.

In 2002, a chemical called acrylamide began to hit the headlines. Acrylamide forms naturally in starchy foods (such as potato and cereal products) during high-temperature cooking processes, including frying, baking, roasting. For example, when we make French fries, we can cause the formation of acrylamide. It’s a product of the Maillard Reaction between sugars and amino acids (mainly one called asparagine) and is naturally present in many everyday products such as potato crisps, French fries, bread, biscuits and coffee. The same reaction causes browning – which is desirable in these foods – and impacts their taste. Although it was first identified in foods in April 2002, it is likely that it has been present in food since cooking began. 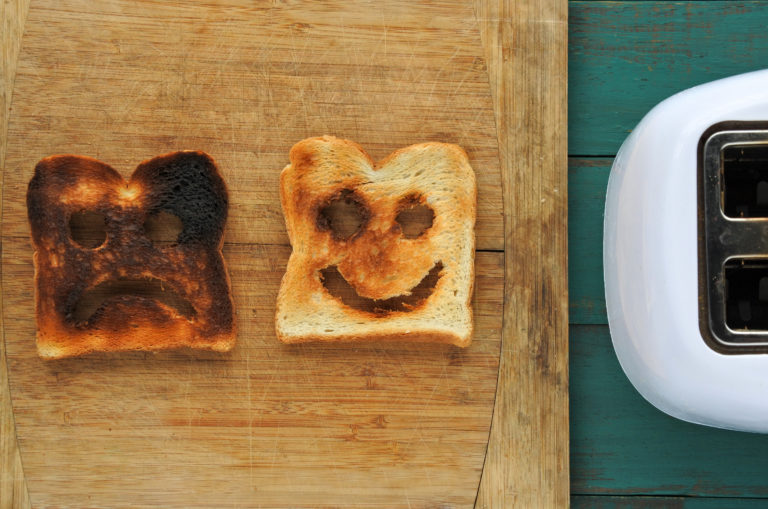 Acrylamide is classified by the International Agency for Research on Cancer (IARC) as a ‘probable human carcinogen’. Since its discovery in foods, the American Cancer Society, the US Food and Drug Administration (FDA), the World Health Organization (WHO), the European Food Safety Authority (EFSA), and many other organizations have recognized the need for further research to establish whether dietary acrylamide is likely to be related to cancer risk. Experts from EFSA’s Panel on Contaminants in the Food Chain (CONTAM) have come to the conclusion that acrylamide in food potentially increases the risk of developing cancer for consumers in all age groups.

As soon as acrylamide was found in foods, the food industry and governments worked together to identify and implement measures that would reduce acrylamide levels in food. They have produced guidance on ways to limit acrylamide formation in a variety of foods and processes. The FoodDrinkEurope Acrylamide ‘Toolbox’ suggests specific manufacturing processes that control heat and moisture such that acrylamide levels are minimised.