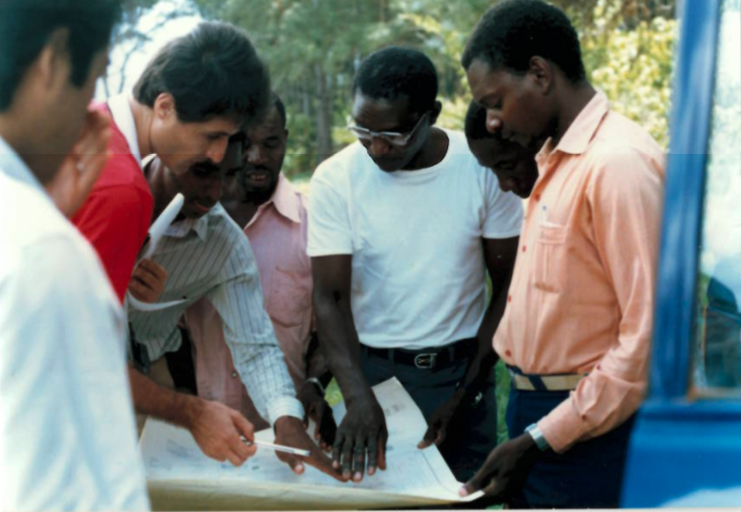 Humanitarian action has a long history. The modern view and system of humanitarian aid as we know it – a structured system for the provision of aid to those in immediate danger – has only really existed since the mid part of the 20th century.

The principles for international aid first originated after the first world war, with the Treaty of Versailles. However, philosophies attributed to humanitarian action stem from many belief systems; the concept of Christian charity, the Islamic tradition of Zakat, and ethical concepts of appropriate wartime conduct as outlined by the Chinese, Greeks and Romans.

Modern history shows that, as advances were made in weapons, communications and transport, there was a parallel growth in the scale of conflict. Those same advances, however, also allowed the distribution of aid on scales not previously seen. Various Geneva conventions were defined, providing the current perspective on the appropriate treatment of civilians, wounded soldiers and prisoners during conflicts.

Today, humanitarian disaster interventions are often depicted by the media as resulting from acute natural hazards such as earthquakes or floods, whereas, historically, such actions revolved almost exclusively around conflict situations. One of the earliest occurrences of formal international monetary aid was the Northern Chinese Famine of 1876-79.

The post-war period saw an exponential rise in the number of aid agencies or Non-Governmental Organisations (NGOs), with over 200 organisations established in the four years immediately following the war. Leading organisations realised that there was a need for a formal and principled mechanism for international assistance.

The coordination system for external humanitarian organisations has evolved considerably and in many countries, the capacity to manage disasters has grown significantly in the last 20 years.

Improved government disaster management capacity in many low- and middle-income countries means that external humanitarian organisations are left to deal with the largest, most complex, or most prolonged events in the most fragile countries.

However, we should not forget that localised or moderate scale disasters and emergencies occur across the globe every day, most of which draw on the resources of those affected, their neighbours and local responding organisations. In these circumstances, the levels of funding, coordination, communication and effectiveness may be variable.

Barnett (2011: 41) stated that ‘humanitarianism requires more than morals – it requires money’. Huge quantities of money can flow into the aid system during high-profile disasters, but it is the longer-term response and the funds needed for ongoing chronic humanitarian situations which provide the greatest challenge to agencies and governments. ‘Marketing’ humanitarian assistance to the public and donors requires sensitivity and accountability.

Large international humanitarian organisations have effective mechanisms for securing funds and donations. Smaller or lower profile in-country organisations often struggle to fund their interventions and end up working under the auspices of external INGOs.

With so many actors and such challenging circumstances, how do we ensure that all stakeholders are acting in the best interests of those affected?
Discuss your ideas in the comments with your fellow learners.