Skip main navigation
Home / Creative Arts & Media / Writing / What Does It Mean to Be Human? An Introduction to the Humanities / Different ways of seeing 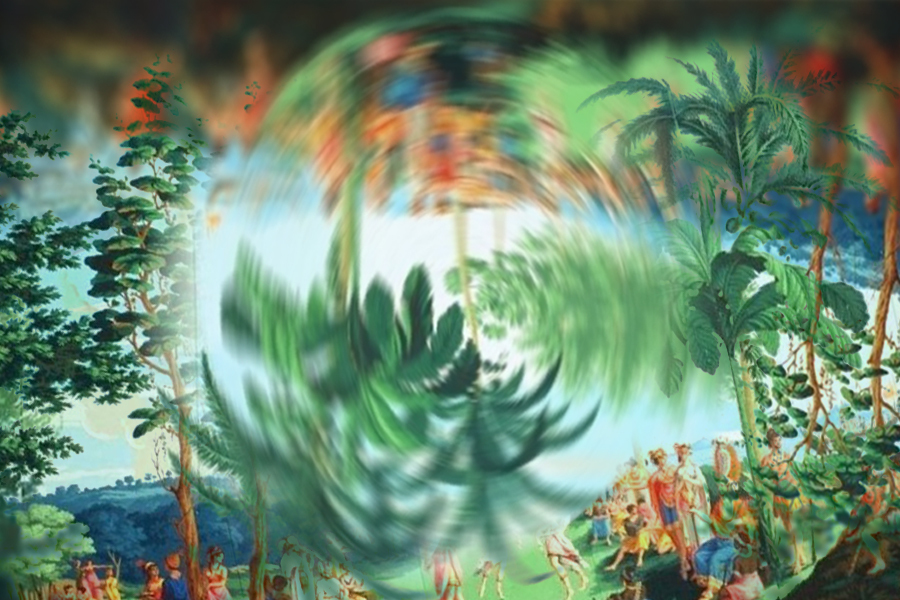 When Captain Cook embarked on his voyages across the world in the 18th century he encountered Indigenous peoples throughout the Pacific, including those who lived in the lands that would become the nations of Australia and New Zealand. While we know plenty about how Cook saw the world thanks to his and others’ records, the perspectives of the Indigenous people he met have often been sidelined in history.

Reihana has sought to challenge this European interpretation by looking at events through an Indigenous peoples’ lens. The artist’s website puts it thusly:

Separated by two centuries, both the wallpaper and video are set against a utopian Tahitian landscape. While Dufour’s work models Enlightenment beliefs and ideas of harmony amongst mankind, Reihana’s reading of the past is darker and more nuanced. The artist foregrounds the complexities of cultural identity and colonisation by including scenes of encounter between Europeans and Polynesians.

The full video is over half-an-hour in length and features myriad music, dancing and rituals; a sample, or slice of this footage can be found on Reihana’s In Pursuit of Venus website.

Check out this 5 minute clip—or download the screenshot from the clip—and compare it to the original early-19th century artwork in the previous step. I also recommend reflecting on Reihana’s work through the lens of Berger and Smith’s theses. 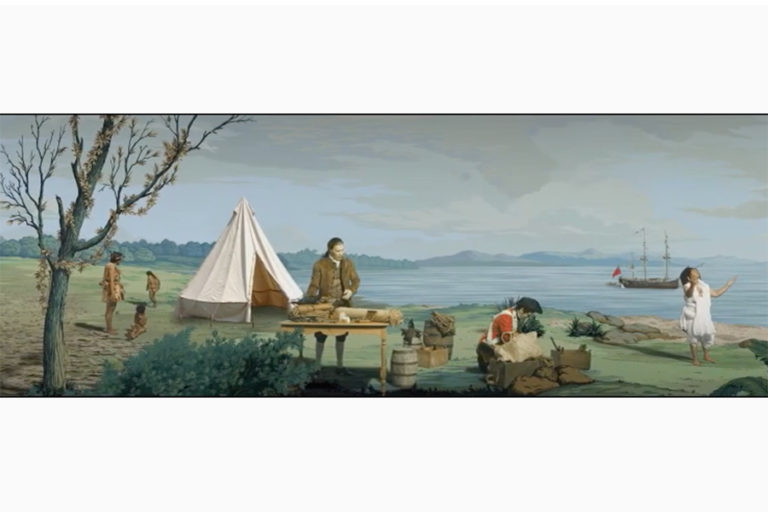