In the previous steps, you gained a basic understanding of DSC and how Automation DSC works. This step will demonstrate how to configure, implement and manage Azure IaaS with Automation DSC.

DSC configurations are Windows PowerShell scripts that define a special type of function.

Review this example of a simple configuration: 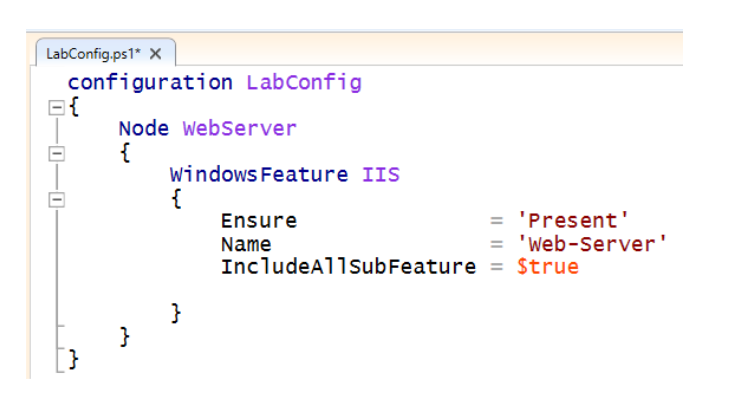 You can create the configuration in any editor, such as the PowerShell ISE. Save the file as a PowerShell script with a ps1 file type.

After creating your DSC configuration file, you must import the file and compile it to the DSC pull server. Compiling will create the MOF file:

NOTE: If you prefer, you can use the PowerShell Start-AzureRmAutomationDscCompilationJob to compile the configuration file. There are two options to compile your Desired State Configuration (DSC) configurations: With Azure Automation in the Azure portal, or with Windows PowerShell.

For each machine, you will need to configure the registration data:. 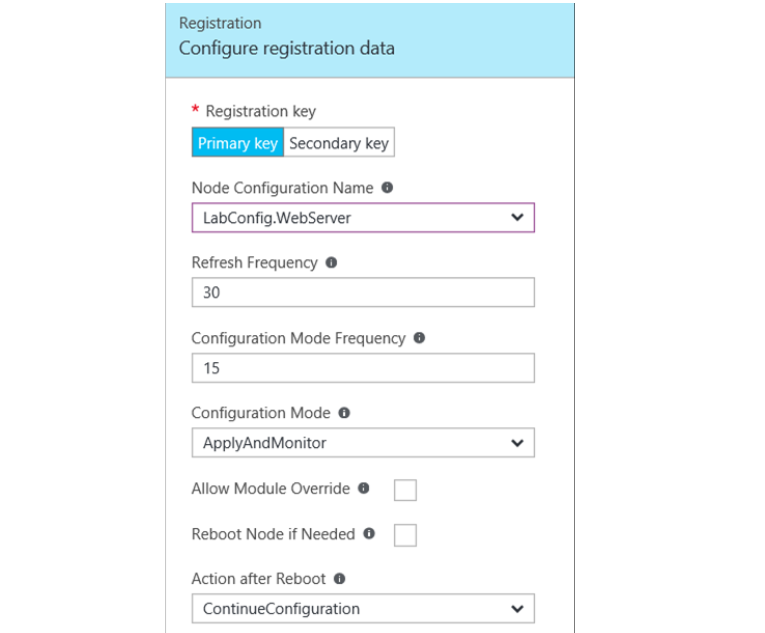 Each time that Azure Automation DSC performs a consistency check on a managed node, the node sends a status report back to the pull server. You can view these reports on the blade for that node. 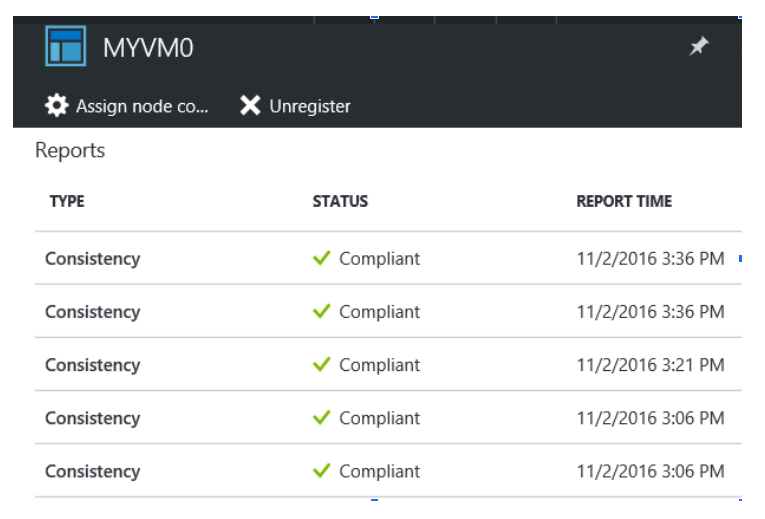 Notice that you can also Unregister the node and Assign a different configuration to this node. For more information, see Troubleshooting DSC.