In this article we explore both the environmental benefits and potential risks of precision farming. 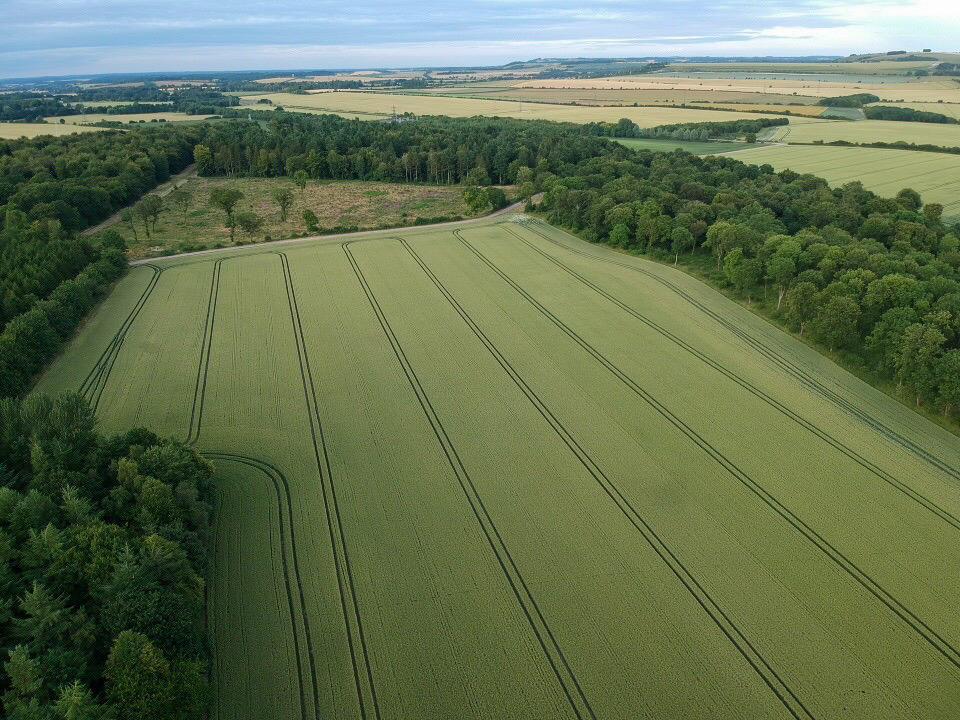 Here, we’ll look at the impact of precision farming approaches on the environment, both the benefits and the potential risks.

The environmental benefits of precision farming are generally the result of reducing inputs. Monitoring the yield, biomass and soil condition can all lead to more precise application of agrochemicals (such as pesticides and fertilisers) and better use of other resources such as water.

Use and impact of pesticides, herbicides and fertilisers

More precise application can mean a decrease in the volumes of, for example, fertilisers applied, as they are only used when and where they are needed resulting in less leaching into the environment [1]. Some studies show a 30 – 50% decrease in residual nitrogen in soils with precision management of inputs [2]. Here are some examples of the technologies being adopted: 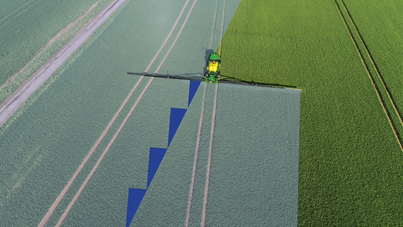 Increasing levels of precision are being achieved. For example, microdot sprayers only spray pesticides or fungicides directly on the crop leaves or herbicides directly onto weed leaves [4] and none is lost to the soil or the air in the form of spray drift. Targeted application of such agrochemicals reduces the negative impact of pesticides on non-target species in and near to the crops.

Precision farming, such as biomass monitoring, can also support more accurate or rapid diagnosis of crop diseases, enabling more rapid treatment before diseases have spread into the wider crop. For example, one study of cotton root rot used vegetation indices to identify the spread of the disease across several fields, enabling rapid, targeted treatment [5]. This can reduce both the quantity of fungicides needed and leaching into the environment.

Precision farming can lead to a reduction in greenhouse gas (GHG) emissions through:

i) enhancing the ability of soils to operate as carbon stock reserves, through reduced tillage and reduced nitrogen fertilisation;

Variable rate application in particular, can reduce the application of nitrogen fertilisers leading to a reduction in nitrous oxide (N2O) emissions (a greenhouse gas produced by microbial activity in the soil) [7].

Reduced use of machinery and transportation

Lower input use could, in the long term, lead to lower production rates of agrochemicals and reduced transportation of inputs to the farm [6]. Precise applications also lead to reductions in on-farm fuel use [7] and reduce the impact of farm machinery and transport on the environment – both at a local and national level. And optimised in-field route planning can reduce both machinery use and soil compaction [8].

Impact on the soil

In this TED talk Asmeret Asefaw Berhe explains the benefits of carbon sequestration in the soil.

Water use and extraction

Globally, water is becoming more scarce and the quality is declining. With agriculture using 70% of all water withdrawn from aquifers, streams and lakes [10], variable rate irrigation (VRI) could enable more effective irrigation while using and extracting less water from the environment. Moisture levels of crops can be monitored remotely by satellite or drone, or soil moisture levels can be measured on the ground [11]. VRI also has the potential to reduce nutrient leeching from soils, with one study showing an 80-85% decrease in nitrogen in run-off water from grazing land when VRI was used rather than uniform irrigation [12].

Reduced and more targeted use of inputs on productive areas of land can also benefit wildlife – both plant and animal – that coexists in that space. And monitoring outputs and yields can highlight areas with lower productivity which could be better turned over to wildlife refuges [15].

The risks of precision farming are associated mostly with social and financial aspects. For example, the affordability of the technology and the impact on the agricultural workforce. However, some potential environmental risks have also been highlighted:

It’s important too, to remember that although environmental benefits are seen in models and experimental data, the impact may be reduced, or take longer to emerge on working farms [18].

How might data-driven agriculture help you improve your impact on the environment?