The emergence of a killer outbreak. The story of the 2011 outbreak of a rare type of *Escherichia coli* in Germany. 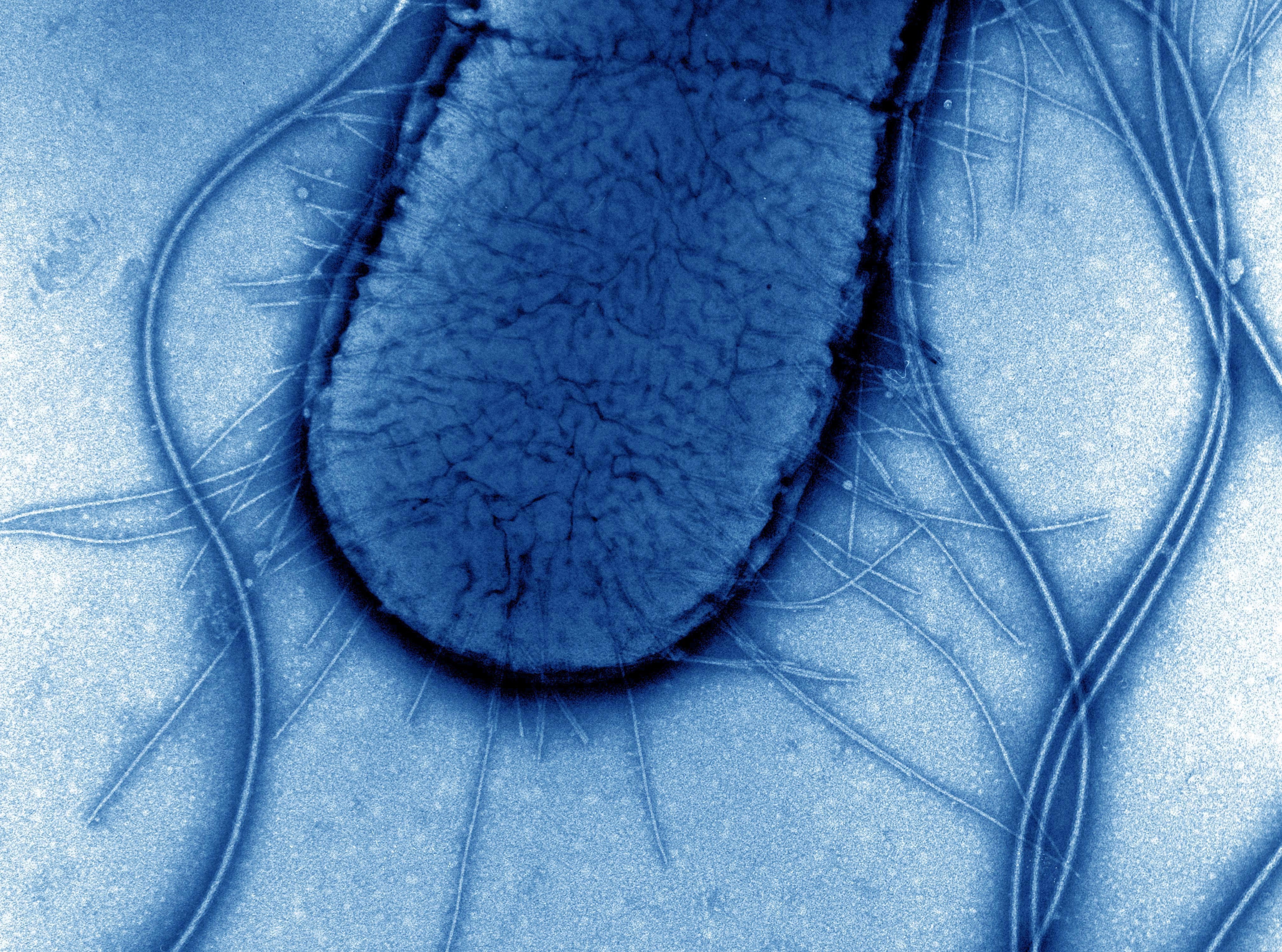 The emergence of a killer outbreak

In mid-May 2011, German health authorities reported an outbreak of a rare type of Escherichia coli amongst three patients with haemolytic uremic syndrome (HUS) in a single hospital in Hamburg. The outbreak spread extremely rapidly – by the end of May, 1,534 cases were identified across Germany, and 16 people had died. The outbreak was declared over by the end of July. By this point more than 4,000 cases, and 50 deaths, had been reported.

HUS is a life-threatening disease characterized by hemolytic anemia (destruction of red blood cells), acute kidney failure and low platelets. It is usually caused by E. coli O157:H7. O157:H7 refers to the serotype of the E. coli – serotyping is a lab-based molecular test to distinguish bacteria of the same species. O157 refers to the E. coli strain’s O-antigen (part of its lipopolysaccharide, a molecule on the outside of the bacterium), and H7 refers to its H-antigen, a major part of the flagella (a molecular motor used for movement). There are 181 different types of O-antigen and 53 different H antigens, and each strain of E. coli is assigned a number based on which specific antigens it has. The E. coli identified in the outbreak had serotype O104:H4, which is extremely rare and hadn’t been associated with HUS before.

How is it spreading?

Initially the source of the outbreak was unclear, but due to the wide distribution of cases and the usual route of E. coli transmission, contaminated foodstuffs were thought to be the most likely source. Early investigations in Hamburg found that cases were not related to people eating in a single restaurant, so were therefore community acquired. Interviews with the patients identified the consumption of raw salad items, with a focus on cucumbers, as a risk factor. But soil, water and cucumber samples from the suspected greenhouses were negative for E. coli serotype O104:H4.

As early as June 2nd, the first sequencing data from a strain from the outbreak had been released, by the Beijing Genomics Institute in China. Across the globe there was a flurry of activity to sequence more, and within a few weeks nine complete genomes were available. Crucially, this data was immediately made public, enabling scientists to analyse the genome sequences rapidly. They found that this strain of O104:H4 had acquired genes via horizontal gene transfer (HGT) that increased its virulence (horizontal gene transfer is when bacteria acquire new genes from other bacteria or their environment – we will learn more about this in Week 3). Specifically it had acquired a Shiga-toxin encoding gene (stx2). The stx2 gene, along with several others, enabled this E. coli strain to cause HUS.

A source is found

By June 10th, investigators in Germany had eventually identified bean-sprouts as a likely source through an in-depth investigation of recipes and food orders of restaurants associated with the outbreak. It is thought that standard patient interviews failed to identify the culprit because patients tend to have good recall for large items such as tomatoes or cucumbers, but poor recall for smaller items such as bean-sprouts which could have been used as a garnish. Only 25% of German HUS patients reported eating bean-sprouts two weeks before their illness.

An in-depth “trace-back” investigation to determine the distribution and production chain of the bean-sprouts identified a 15,000-kg seed shipment from Egypt that arrived in Germany in December 2009. No seeds were found positive but epidemiological evidence alone was deemed strong enough to conclude that this was the source.

Below are links to research papers. The ‘Abstracts’ (summaries) are worth reading and are free.

In the Comments, summarise what these ‘Abstracts’ have in common? What are the main differences? Which of these papers do you prefer? Share a reason for your preference?

If you already have institutional or personal access you may be interested in viewing the full research papers. This is not required for the course. Much scientific research is published in journals that require payment.