How outbreaks are investigated using epidemiology

An introduction to epidemiology and epidemiological data, which is vital in outbreak investigations - using the John Snow and Cholera example. 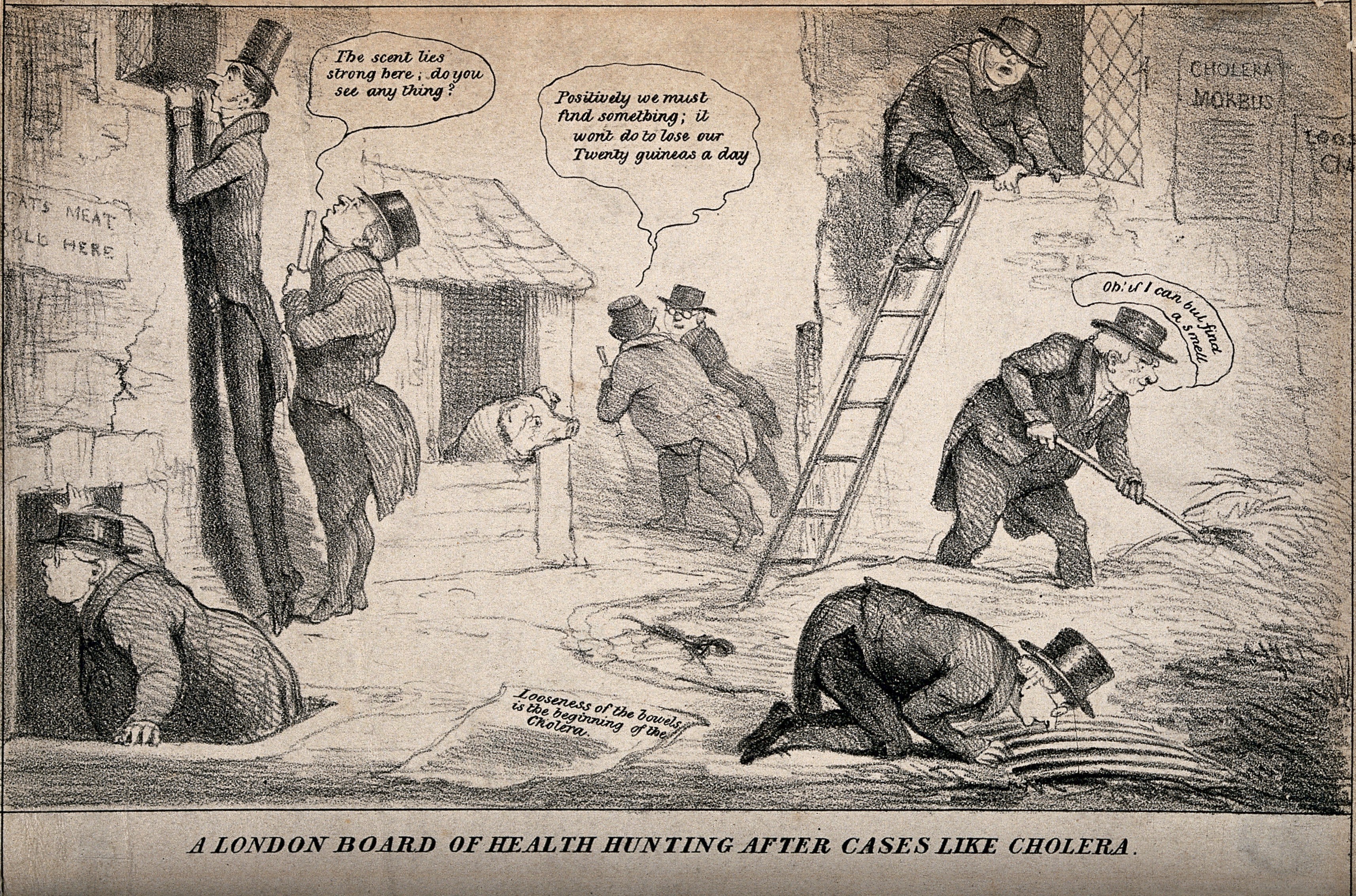 Epidemiology is the study of patterns and trends in disease to understand their causes. In the context of pathogen transmission, epidemiology is often used to analyse the pattern of disease cases statistically, to estimate the frequency and mode of spread.

The “birth” of epidemiology is often attributed to John Snow, who was one of the first to use epidemiological data to understand the source of a cholera outbreak in London. This was before doctors and scientists knew that cholera is caused by a bacterium – the knowledge that diseases can be caused by microbes was still decades away, and most doctors believed that cholera spread through “foul air”. In 1854 an extremely serious cholera outbreak occurred in Soho in London, with more than 500 cases in just ten days. John Snow mapped all of the cholera cases in the outbreak, and collected detailed information on the individual patients: their names, where they lived, worked, went to school and went out to eat and drink. Because John Snow suspected that the disease could be spread through contaminated water, he also collected information about the water sources used by different patients.

John Snow’s painstaking work demonstrated clearly that the connection between the cholera cases was a single contaminated water source in Soho: the Broad Street pump. Many of the scenarios he uncovered formed almost a perfect natural experiment, with extremely similar groups of people differing only in where they got their water. For example, a local brewery with its own well did not have a single case of cholera among its workers, whereas sixteen workers at a factory that brought in water from the pump died of cholera. Dr Snow eventually persuaded the authorities to remove the handle of the Broad Street pump, and the cholera outbreak ended.

We now understand which diseases are caused by bacteria, and have many sophisticated methods available to describe them and their relationships to each other. However, epidemiological data, like that used by John Snow, is still vital to outbreak investigation.