How was the Indo-European language family discovered? In this article, we focus on the work of Dutch scholar Marcus Zuerius van Boxhorn. 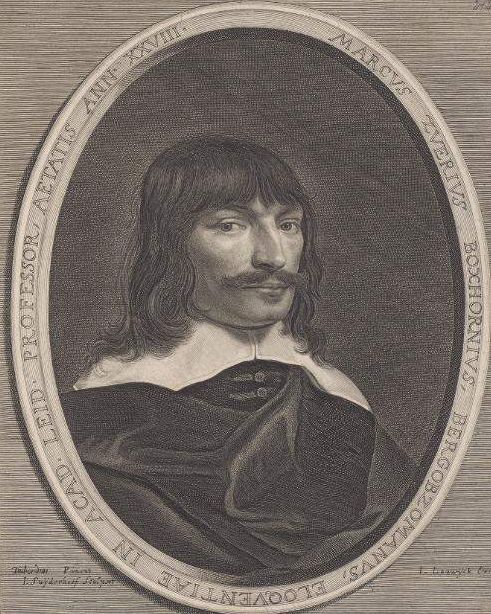 In the 17th century, the Dutch scholar Marcus Zuerius van Boxhorn, who was professor eloquentiae (professor of rhetoric) at Leiden University, tried to explain the similarities between several Indo-European languages that he observed.

“The true reason for the similarities in these languages is that the Greek and the Dutch lay at the breasts of one mother, and learnt to speak from one mouth.”

This “one mother,” according to Van Boxhorn, was the Scythian language. We now know that this is incorrect: Scythian was in fact an Indo-European language itself. The idea that the similarities between languages was due to derivation from a common ancestor was, however, correct.

In his publications, Van Boxhorn demonstrated that the following languages derive from “Scythian”: Greek, Latin, Persian, Old Saxon, Dutch, German, Danish, Swedish, Russian, Lithuanian, Czech, Croatian and Welsh. The most conspicuous absence, from our modern perspective, is that of Sanskrit, although some Europeans that had travelled to India had already noticed the similarities between Sanskrit and some European languages in the late 16th century.

Van Boxhorn was not only one of the first to present the idea of a language family, he also wrote about the way in which such a family can be established. He emphasized the fact that loanwords should not be considered for the purposes of language comparison. Instead, one should compare “words which denote matters or things which are used, borne or encountered on a daily basis”.

This content is taken from Leiden University online course