How To Interview Experts

This is an interview with Svetlomira Gyurova, Foreign Desk Editor at Capital Weekly, Bulgaria, where she discusses how to interview an expert. 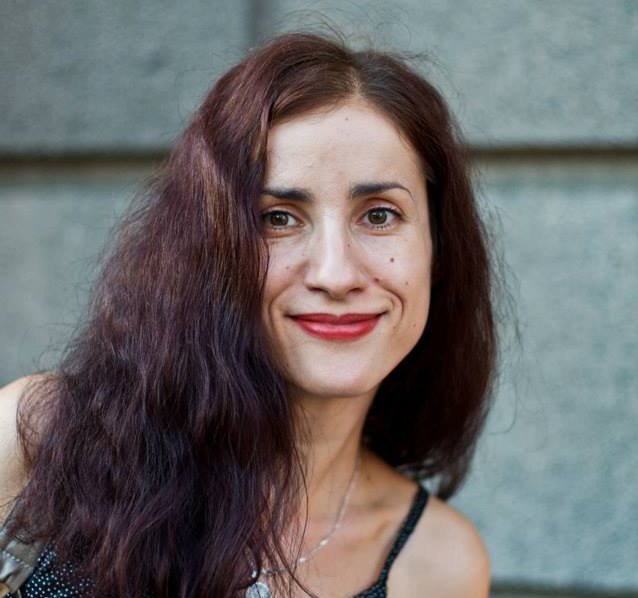 Gyurova interviewed Dr Timothy Snyder, Professor of History at Yale University (translated by Google translate – original Bulgarian available). Dr Snyder is an expert in Eastern European history and the Holocaust. In the interview they talked about the political crisis in Ukraine, Russia’s role, and the European Union’s relation to the crisis.

Read Gyurova describe how she prepared to interview Dr Snyder and how she got him to share in depth his expert opinions on the topic. Think which of her techniques or advice would help if you interview experts in the future. Think about the role of research when conducting interviews with experts.

Petya Eckler: First of all, so talking about the Timothy Snyder interview. First of all, I’m sure that such a high profile academic and public figure is difficult to catch for an interview. How did you manage to do that?

Svetlomira Gyurova: You’re absolutely right, that it’s not easy to get to him. And actually, I have tried many times before the interview to contact him. I have written him emails. But of course, I was not very surprised that I didn’t get any answers, because I would suppose he’s very busy. And journalists are not on the top of his priority list. So actually, the answer for the question how did I get to him was mostly pure luck.

Petya Eckler: So throughout the interview, you asked very pointed and specific questions. And you yourself seem very knowledgeable on the topic you were discussing. Did you do any particular research for this interview? Before the interview?

Svetlomira Gyurova: Yes. And this is the answer for each interview, not only for this one. Because for me, this is just a part of journalism as a profession, to prepare for an interview. And of course, the preparation goes both ways. For example researching the solution, the topic, the subject of the interview. So to be able to be prepared good questions. And the second, researching the interviewee himself.

Petya Eckler: So what kind of research did you do?

Svetlomira Gyurova: On the topic, which is the Ukrainian crisis. Actually, my research stretches for months ago, because I write about the Ukrainian crisis quite often. I read a lot about it, talk to people about it. So I have lots of background in it. And it was easier to prepare with the questions. I read again his articles to remember his opinions and political basis on the topic.

And then of course, I looked again at his biography, which also helped me to prepare for the conversation with him.

Petya Eckler: And did that make a difference during the interview, that you were so well prepared?

Svetlomira Gyurova: It absolutely made the difference because of course, each interview is, especially with analysts, because of course, interviews with officials and with politicians are different. They have their own specific side. But with an analyst, the better the journalists is prepared too, the better the interview will be. Because a journalist can never be over-prepared for an interview. He can be only under-prepared.

Each interview is like a conversation, and if both sides of this conversation have certain knowledge on what they’re talking about then the conversation will be better and the quality of the questions will help for the quality of the answers. Actually, I was very happy because Professor Snyder himself told me at the end that I was very well prepared. And this was one of the nicest compliments that I could receive as a journalist.

Petya Eckler: OK and the beauty, and I noticed as well that I thought that this was a very beautiful interview actually. Because to me, the beauty of a good interview is when the subject gives long, and elaborate, and thoughtful answers that tell us something new about the situation or about themselves. So how did you manage to conduct such a beautiful interview and to encourage him to share so much insight?

Svetlomira Gyurova: Well, I would say there were two parts. One, as we already talked, is the preparation. Because he noticed that I am prepared, and this made the interview also pleasant for him. And my questions provoked him the most, so in the best meaning of the word, provoked his answers. And the second part, of course, is also some luck. Because sometimes, not everything depends on the journalist.

He can be very well prepared for the interview, but the subject of the interview can, for example, be tired because he’s jet lagged, he had a long flight, or at the moment, he has some troubles, and it’s hard for him to concentrate. So the main part of the explanation is also luck that Professor Snyder was in very good condition.

Petya Eckler: My next question is a broader one. Is there a difference between interviewing experts such as professors, or economists, or doctors, and interviewing ordinary people? Is the journalist’s role different in these two cases?

Svetlomira Gyurova: Absolutely. Because first when you talk to an expert, you don’t need to explain to him why he needs to talk to you, which sometimes might be the case with ordinary people who don’t feel that they’re supposed to talk to journalists. And experts are used to talking to journalists, which means that they’re prepared and know what to do. And there is no such psychological moments.

When you interview an expert, your task is not to convince him to talk to you. And it is easier to get from him what you want. Because he knows what to tell you. You’re not the first journalist he meets, and he knows what the interaction will be like.

Petya Eckler: So for a novice journalist – for a journalist who is just starting and is doing this for the first time or the first few times – what do you think is more difficult? Talking to regular people or talking to experts? For a new reporter, what’s the harder interview?

Petya Eckler: If you’re interviewing an expert and they share an opinion that you strongly disagree with, is it professional to say that to them and to start contradicting them or challenging them, or would you rather just not mention your own opinion and continue the interview as you planned?

Svetlomira Gyurova: Well, very recently I was in this situation. Actually, the topic was again, the Ukrainian crisis. But I was talking to another professor, and since what he said struck me very hard. And I very strongly disagreed with his opinion, so I had some internal struggle in me during the whole interview trying to stay calm and not to get into conflict but somehow, showing him that I do not agree with him.