Skip main navigation
Home / Study Skills / Live Smart: Your Essential Guide to Living at University / How to Make the Most out of University: What Students Say

How to Make the Most out of University: What Students Say

Read personal accounts from 2nd/3rd year uni students about what they are currently doing to make the most of their uni experience and why.
© University of Reading

14 Reviews
In this article, you’ll hear from some university students discussing what they’re currently doing to make the most of their experience and why.

‘As a law student, I went into university with the idea that making time out of my studies would be difficult due to the amount of reading I had to do. This was quite the contrary as I came to realise that anything was possible if I managed my time effectively (cliché, I know). Not veering too far away from my course, my involvement in the law society saw that I was able to not only interact with those on my course, but also take breaks with them without feeling guilty for not studying. This means that I am able to take part in events held by the society such as the law society ball, trips to Ascot and trips abroad.’
‘I also found that sometimes I needed a break from my course mates. Working on campus helps a lot with this. As a student ambassador, I have had the pleasure of meeting with people on different courses, some of whom I am close friends with. As someone who loves travelling but with very little money to do so, I have found it useful to looking out for university-organised getaways. The student’s union has so many opportunities for students to travel abroad; an economical and safe way to explore different countries.’

‘My first impulse when I came to university as someone who greatly suffers with anxiety and depression was, naturally, to barricade myself in my room and only leave when absolutely necessary. Whilst this may seem like an appealing tactic, especially given the proximity of the on-campus co-op’s discounted Ben and Jerry’s, I highly recommend doing the opposite. Within my first term I identified the lack of a German society, as part of my degree revolves around study of the language itself. Consequently, I put myself out there, found a group of like-minded peers, signed a mountain of paperwork (well perhaps more of a small stapled pamphlet or two) and hey presto – founded the Reading University German Society (or RUGS for short). This led to a realisation that I could tailor my uni experience to suit my passions and ambitions in ways I’d never even considered.’
‘I am now a second-year student who is the current president of RUGS, student ambassador for the Department of Literature and Languages, course representative for both English Language and Modern Languages for all part 2 students and a slowly but surely progressing member of the Reading University Pole Fitness society. Apologies for any cheesiness, but I can’t say enough that I am truly proud of the person I’ve become whilst studying here at uni! I’ve overcome many personal difficulties, made lifelong friendships and pushed myself to new limits, whilst only occasionally retreating to my duvet-burrito-esque self when it really calls for it.’

‘My first year at Uni was by far the best year of my life. I lived with these new people who quickly became family. I learnt how to cook, clean and do my own washing. I had this complete and utter sense of freedom, an independence which allowed me to do whatever, eat whatever and live how I wanted to.’
‘Of course, if you go to university, you’ll study your course, but other opportunities crop up everywhere. For example, thanks to the university’s connections this past summer I worked at Reading Festival; I’ve joined societies that I’ve never heard of before, like Yogalates; I’ve work on campus as a student ambassador and I’ve studied abroad. The people I’ve met, skills I’ve learnt and the opportunities I’ve had have made me a more confident person ready for a career in whatever I choose.’
‘So, you guys might be questioning whether university is worth it? All I can say in response is a complete and resounding yes. You learn amazing things about your course and about yourself. You become ready for the working world, while seizing incredible opportunities with new friends, who will last a lifetime.’ 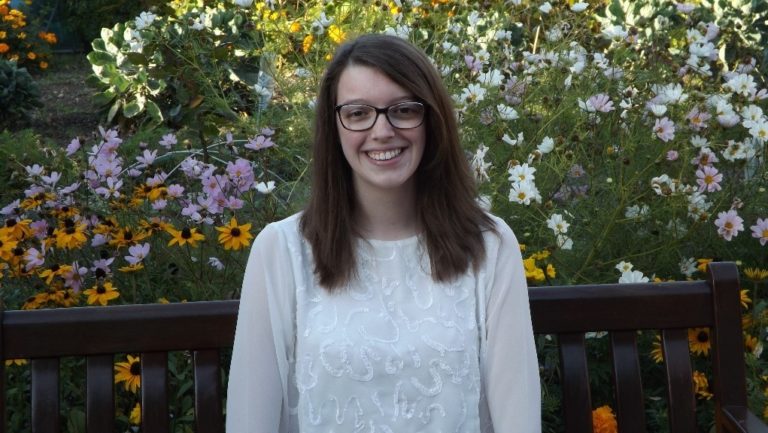 ‘When you take into account the tuition fees and living costs, become tired after a long-week of lectures and deadlines, or even when you begin to feel a little homesick, you sometimes begin to question whether uni is really worth it – it’s something I’ve done many times throughout my degree course.’
‘However, every time I do, I almost always come back to the same answer as what I’ve come to realise is that uni is about much more than passing my exams and getting my degree.’
‘It’s about meeting people from all over the world and from all walks of life. By talking to the people I’ve lived with, or who study my course, who I’ve met at a society, I’ve learned so much about other cultures, religions and gained an appreciation for other’s opinions. It’s been great.’
‘I’ve also done so much more than just study. I’ve had part-time jobs as a student ambassador making lots of new friends along the way; I’ve volunteered in schools and with local organisations having lots of fun and developing key skills I require for employment; and for the 3rd year of my course I worked in industry for a year which gave me a chance to really see how the knowledge and skills I’m acquiring can be used in the workplace, and in my future.’

‘I feel like university has really changed me. Of course, I have learnt lots in my lectures and written lots of essays, but I’ve also really grown as a person, as cliché as that sounds. The biggest change I’ve noticed is that my confidence has grown so much.
Joining university not really knowing anyone meant I was thrown in the deep end of chatting to people and making friends. So many different people study and visit the university and I’ve met people on my course, in societies and at work. Working as a student ambassador really developed my public speaking skills. I used to hate talking in front of the class and now I do talks in front of hundreds of people.
It’s these sorts of experiences you can’t really put a price on. The confidence I’ve gained over the last four years has helped me at university, at work, in interviews to go work on the other side of the world and gain my qualification as a therapist.’