Read this step where we provide an overview of the PESTLE analysis.
© Coventry University. CC BY-NC 4.0

PESTLE, also known as PESTEL, is an abbreviation for the Political, Economic, Socio-Cultural, Technological, Legal and Environmental factors.

These are factors posing opportunities and threats to an organisation, and within them there are several inherent variables, as shown in the image below: 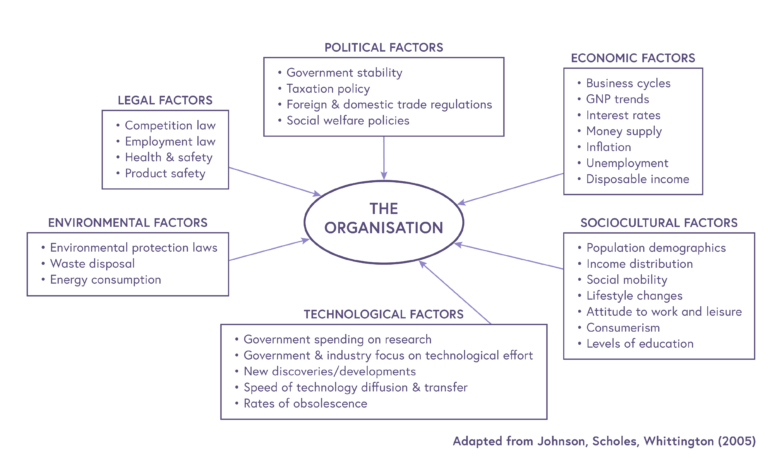 Select the diagram to enlarge it

In the coming steps, we’ll focus on each aspect of this analytical framework for assessing the macroenvironment. Each step will be accompanied by an explainer video.

When we are considering factors that impact an organisation externally it is useful to truly understand significant movements and trends, sometimes known as ‘megatrends’. Johnson et al. (2017) defines them as:
…large-scale political, economic, social, technological, ecological or legal movements that are typically slow to form, but which influence many areas of activity, possibly over decades.
Research and share at least two megatrends in the comments area. Also consider under which aspect of the PESTLE framework they best fit.