In this section you will be introduced to Agent Based Models. In later steps you will experiment with the models yourself.

The colour codes are: 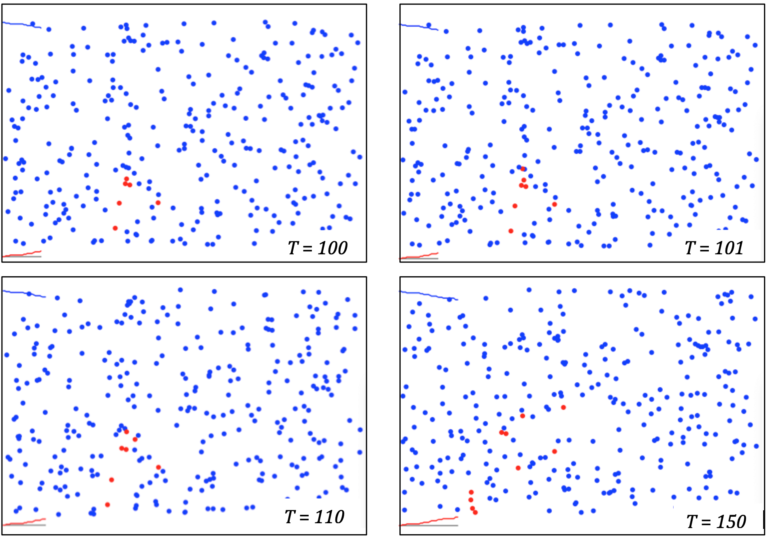