What is the SIR Model?

You may already have seen the three numbers (S), (I) and (R) relating to susceptible infected and recovered people at any given time. There are two more numbers in the model: 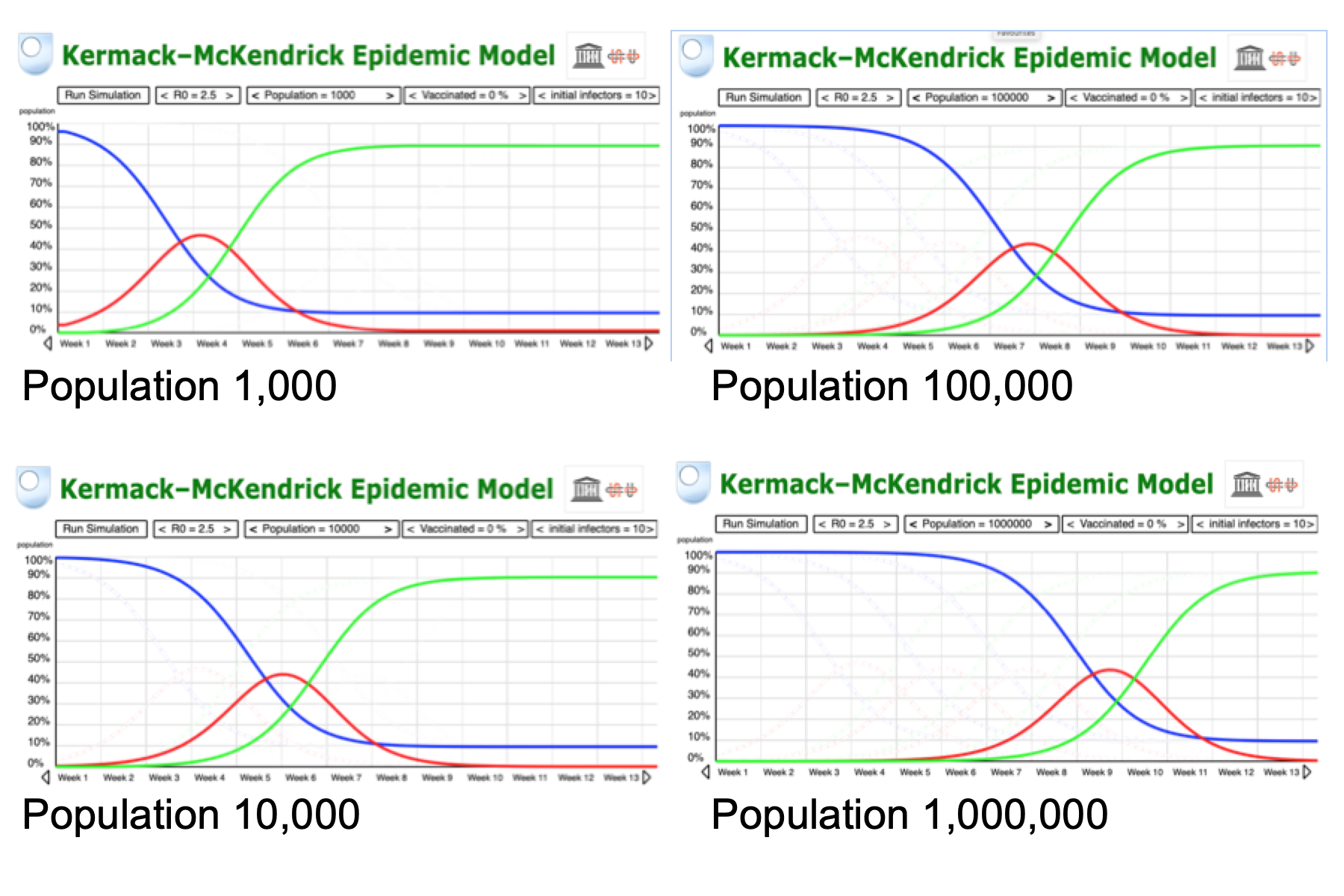 In this step we’ll explain what the SIR model is and how it works.

What Does SIR Mean?

You may already have seen the three numbers (S), (I) and (R) relating to susceptible infected and recovered people at any given time. There are two more numbers in the model:

Most of what we have to say on the COVID-19: Pandemics, Modelling, and Policy course does not need any mathematics and we are trying to keep this to a minimum. This exercise involves the infection rate and the recovery rate which historically have been expressed using the Greek symbols beta, written as (beta), and gamma, written as (gamma). You will use these numbers in the exercise but it’s really arithmetic rather than maths. 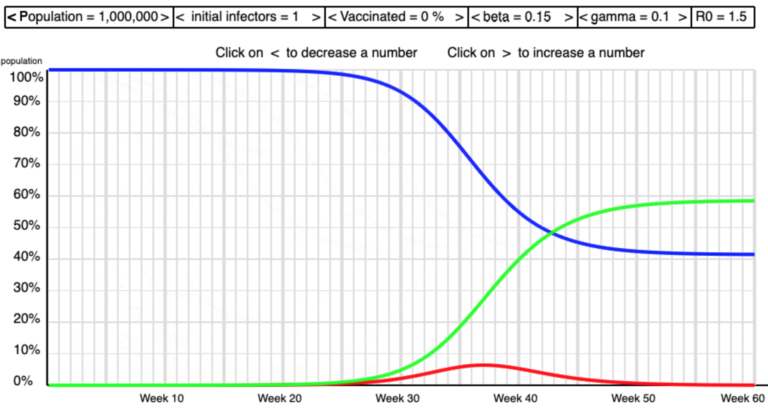 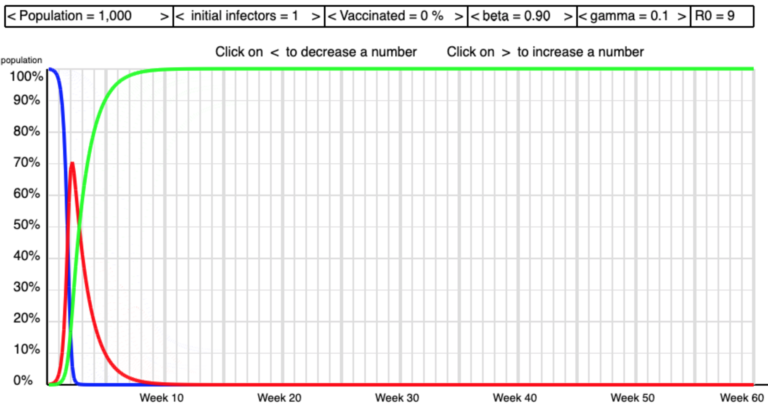 This sub-section is included for people who really do like to look ‘under the hood’ and get their hands dirty. It is not an essential part of the course and it won’t be assessed.

If you are not confident with mathematical notation you can skip over the formulae.

The original article by Kermack and McKendrick was published in 1927 [1]. Interest in the model was rekindled by a paper by Anderson and May in 1992 [2]. When I wrote the computer model I found Hill’s description of his program very helpful [3].

There is some ambiguity over (R_0) in the media. (R_0) is defined as an initial measure of infectiveness of a virus. Although it depends on geography and culture it gives a measure before any policy interventions. The notation (R_t) giving the ‘R-number’ at time (t) is attractive but not widely used. Instead journalists, politicians and their advisors seem to have settled on the term ‘R-number’ so that’s what we will use.

A government pamphlet gives a simple description of the R-number [4].