Brexit and the Economics of Common Markets

In this article, Sir Vince Cable explores the development of the European Union and some reasons why people felt passionately about remaining in or leaving it. 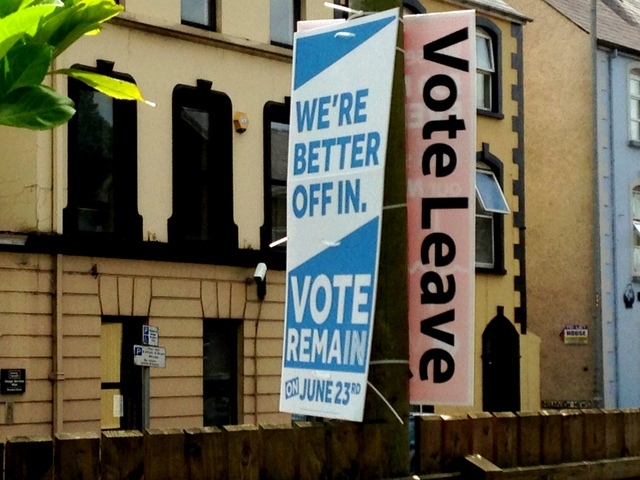 The referendum as to whether the United Kingdom should leave or remain part of the European Union – Brexit – dominated the headlines in 2016.

Brexit will dominate British politics, and economic policy, for years to come. Membership of the European Union has been an issue that has helped to define several British prime ministers – Heath, Thatcher, Cameron and, now May – as well as other leading political figures like Roy Jenkins and Michael Heseltine. And, across Europe, the last 70 years has been dominated by the politics of economic union and the economics of political union. Major European political figures – De Gaulle, Mounet, Giscard, Mitterrand, and Delores from France; Adenauer, Erhard, Hallstein, Kohl, and Merkel from Germany; de Gasperi and Monti from Italy – have played a role in the creation of the European Economic Community (EEC), the Common Market, and later the European Union (EU). Economics and politics are intertwined.

In due course the General Agreement on Tariffs and Trade (GATT) emerged and it provided a negotiating forum for successive rounds of global trade liberalization particularly cutting tariffs on manufactures and, introducing latterly, non-tariff barriers. It established a legal dispute mechanism and discouraged what are now called ‘trade deals’ which would lead to both complexity and discrimination. Its rules required that any bilateral or regional ‘deal’ leading to tariff cuts should be offered to other trade partners (the ’most favored nation’ principle) or should involve complete free trade between the bilateral or regional partners. This latter has provided the legal basis for regional agreements like the EU.

Regional economic integration involves several forms. The simplest and least demanding is a free trade area involving the removal of all tariffs and quotas between the parties. This is the kind of arrangement originally put forward by the UK in the 1950s and is now sought by ‘hard’ Brexiteers. There are several limitations. It does not cover agriculture or services or the regulatory non-tariff barriers which are a key part of advanced arrangements like the EU Single Market. A crucial technical problem relates to the origin of goods. If tariffs differ between members of the free trade area, trade from non-members may be diverted via the low tariff country depriving other members of tariff revenue and business. To get around this problem it is necessary to devise rules of origin with bureaucratic procedures for checking against the re-routing of goods. If Britain were to leave the EU for a ‘free trade area’, this could become a very onerous problem for industries with complex supply chains.

The next stage in integration is a customs union: a free trade area but one which has a common tariff. This solves the rules of origin problem but it also means that members cannot pursue independent trade policies (which seems to be one of the aims of Brexiteers). Turkey has such an arrangement with the EU at present, though only for manufactures. Similarly, the process of integration of Germany in the 19th century took place via a customs union (the Zollverein)

There is a basic theory to help us understand the costs and benefits of such a union, originally described by Jacob Viner and then James Meade. Removing trade barriers within the customs union results in trade creation, a benefit from more efficient use of resources, so benefiting consumers. But there can be a cost in the form of trade division as goods are produced inside the customs union which were produced more cheaply outside. When the UK joined the EEC, there was undoubtedly trade creation in industrial products but trade diversion as a result of joining a protectionist Common Agricultural Policy. But these ‘static’ gains and losses are almost certainly swamped by the ‘dynamic’ effects of economies of scale and the benefits of greater competition.

A more advanced form of integration is a common market which provides for free markets of labor and of capital. Contrary to popular myths in Britain, the Europe which Britain voted to join in 1975 was already a common market and the freedoms were part of the Treaty of Rome.

And, then, there has been further deepening of integration through the Single Market. The Single Market has sought to increase the economic impact (‘static’ and ‘dynamic’; trade creation and some trade diversion) by removing non-tariff barriers mainly in the form of national systems of regulation of products and processes. Under the Single Market there has been regulatory convergence (sometimes harmonization; sometimes ‘mutual recognition’). Regulatory convergence, by itself, opens up a similar problem to that of origin problems with tariffs; trade and investment could be diverted to those countries which seek to preserve lower standards of regulation and this has led in turn to attempts to standardize environmental and labor regulation. This wish to reduce regulatory arbitrage and to promote greater competition (but on ‘a level playing field’) has led, inter alia, to greater tax harmonization (of VAT), to strict rules governing ‘state aids’, a common approach to public procurement and the application of Single Market concepts to services (particularly financial services).

All of these measures and rules, legally administered via the European Court of Justice, has created the sense of ‘loss of control’ and ‘too much Europe’ which underpins a lot of the Brexit sentiment. The irony is that the Single Market, which triggered much of the regulatory harmonization, was a British idea (proposed by Mrs Thatcher).

There is however a higher level of integration – full economic and monetary union – in which Britain has not participated. The Eurozone has happened and has now operated for a quarter of a century (in the face of considerable skepticism that it would ever get off the ground, let alone with 14 member states). There is a basic theory – the theory of optimum currency areas – developed by a Canadian economist, Robert Mundell in 1961, which sets out the conditions under which countries are likely to do better in handling economic shocks if they are part of a monetary union as opposed to having a floating exchange rate and independent monetary policies:

In the Eurozone, the first three partially apply – though highly imperfect labor markets in Italy and France have meant that economic downturns are manifest in large scale unemployment, especially among young people. But the absence of an effective compensation mechanism – and lack of political agreement to create one – has meant that adjustment to imbalances has been almost totally one-sided with minimal pressure on Germany to reflate demand, expand fiscal deficit and promote domestic consumption but intense pressure on Greece in particular to adjust through deflation of demand and fiscal contraction. So far, the Eurozone has held together but if a bigger country like Italy were to get into difficulty or experience a more protractedly painful adjustment it may no longer do so in the absence of much more substantial compensation mechanism incorporating budgetary payments or debt relief or bond guarantees.

Vince has explained how membership in the single market of the European Union created the sense of ‘loss of control’ and ‘too much Europe’. Comment below whether you think the benefits of an economic union afforded by regulatory convergence and harmonization are worth the costs.