What can we learn about polarization from news stories? In this article, Dr Brenda Bartelink reflects on this. 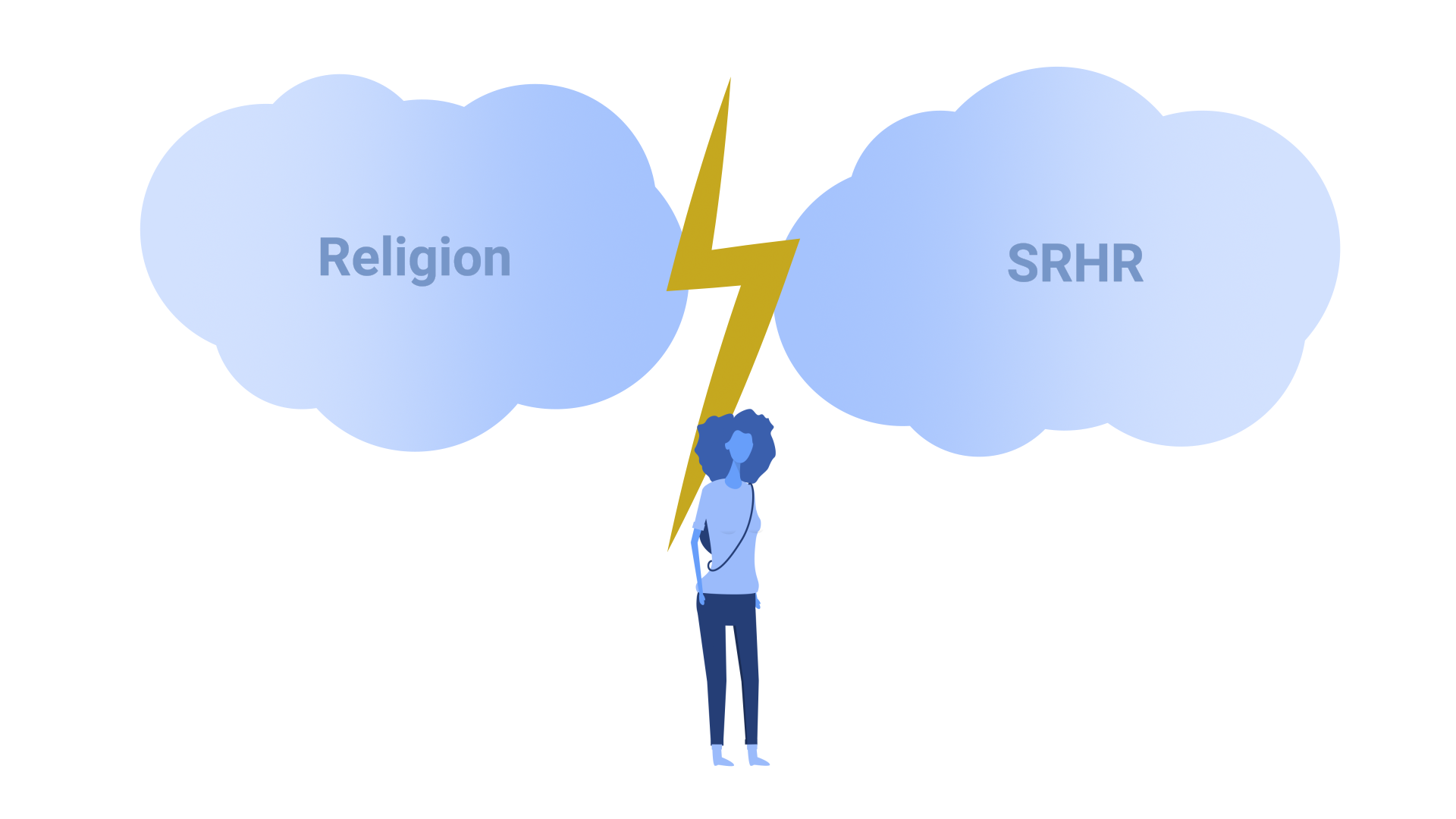 You have browsed newspapers and online news in your own context, or the context in which you work, for examples of polarization around sexual health.

You may have found news items on teenage pregnancy. Or on contraceptives or sexuality education, as we have found when looking at Zimbabwe or the Philippines. Perhaps you have found contestations over abortion, or sexual diversity. You may also have come across news items covering forced marriages or other forms of gendered oppression. About sexual violence and rape or on activism against it. You may have come across families struggling to provide for their children, women carrying the burden of their economic responsibilities alongside the caring work they do.

Whatever articles you have found, if there is contestation and polarization in the societal or political dynamics around these, there are probably two positions visible. One position may be called progressive and the other conservative. They may also be framed as secular and religious. Or pro-choice and pro-family. Perhaps there is specific language in your context to pinpoint and frame actors that disagree on matters of sexuality and gender. The dynamics of polarization tends to make two positions visible. However, in everyday life there are always more positions, and people may find themselves somewhere in between, or we see people combining aspects from various positions.

How can we identify more positions in highly polarized debates? One helpful concept is that of grand schemes, as it captures how people connect to certain traditions. These traditions are often associated with foundational or holy persons and texts, as well as certain practices or rituals and ideas about the past and the future. Religion is perhaps the most obvious example of such a grand scheme, and one that tends to be highly visible as a grand scheme in contestations over sexuality. In the Philippines and Zimbabwe we encounter the Catholic Church as an important actor in polarization, often emphasizing that using contraceptives is against Catholic ideals of the family. You may also have come across certain marriage practices that are legitimized with reference to Islam or Hinduism or a local indigenous tradition. All these religious traditions may serve as a grand scheme in your context and in the lives of people in the context you work in. 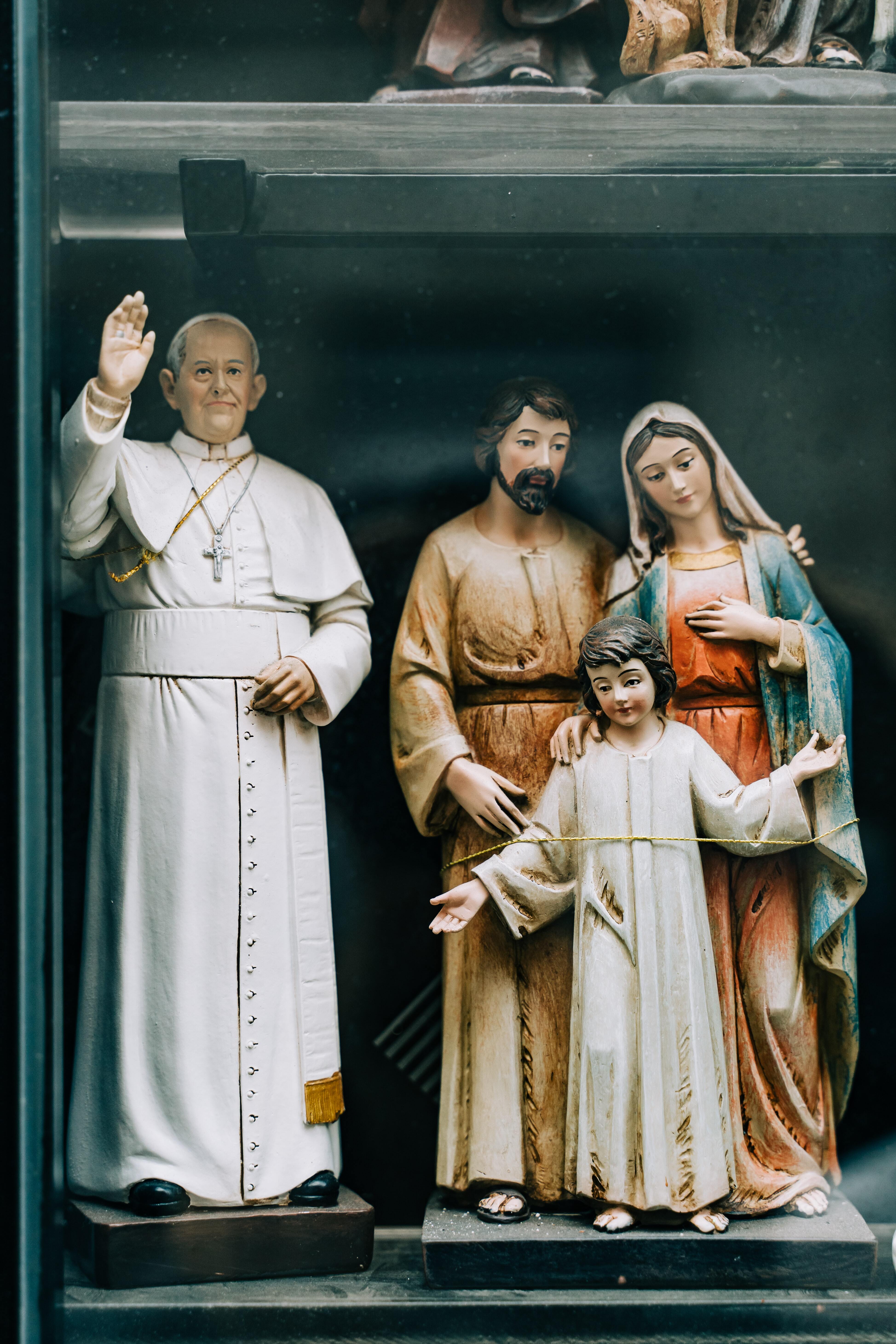 Figurines of Pope Francis and the Holy Family in a shop window near the Vatican, Italy.. Gabrialle Clare Marino via Unsplash.

While most visible, religion is never the only grand scheme that people relate to. Nor is it only tradition, or culture. Often there are more grand schemes visible. In fact, supposedly secular texts or traditions such as The Declaration of Human Rights, the National Constitution, National legislation and policies, as well as feminism or Marxism for that matter can serve as grand schemes in a particular context. Sexual and Reproductive Health and Rights may also be a grand scheme. As a grand scheme it may inform peoples practices of sexual wellbeing, while it may also be an ideal that individual women, men and young people may find hard to reach. 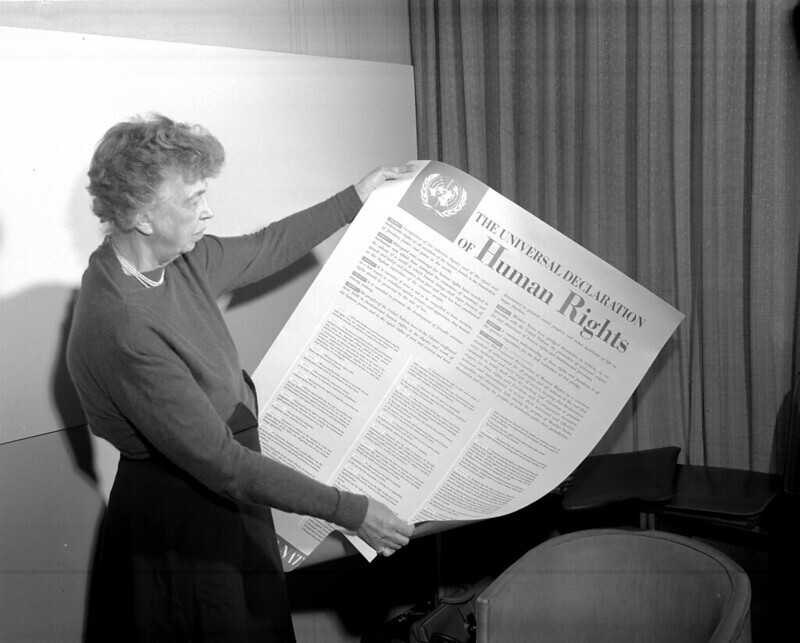 Eleanor Roosevelt of the United States holding a Universal Declaration of Human Rights poster in English, via UN Photo.

As we observed in the news items, both actors that promote or oppose contraception may underline the responsibilities of individuals or of parents. However, as we also observed, people may not always have the possibility to be responsible. How can one take responsibility for not getting pregnant, when intimate with a partner and not having access to contraception? Sexual and reproductive health and rights may then be a grand scheme that one encounters in life as an ideal-type. So, one strategy to keep in mind when observing polarization around sexuality is to explore which grand schemes compete against each other in polarization. Which ones can you identify in the news items you have gathered?

In the visual accompanying this course, you can see the two major grand schemes visible that we address in this course: religion and sexual and reproductive health and rights. The right side of the image indicates that there are always more grand schemes and everyday realities that inform people’s sexual lives. We will address this in more detail in Week 2, in the activity grand schemes versus specific settings. There we will also explore how religion and other grand schemes are ‘lived’ in different ways.