In this text, you will read the vignettes of two Kore Kore women in Zimbabwe, Tendai and Grace. 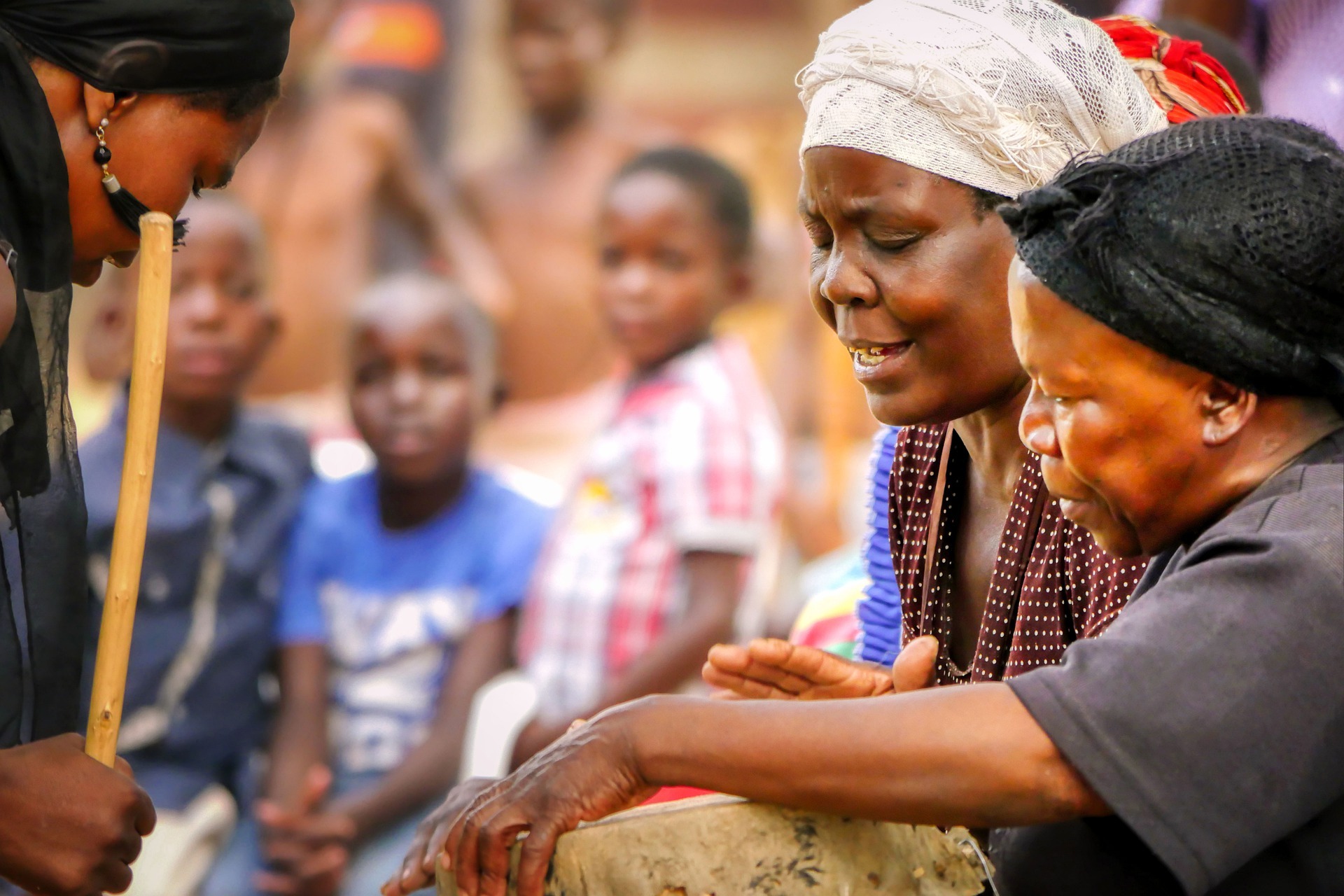 The stories below narrate the experiences of Tendai and Grace (pseudonyms), and are found in the opening of Dr. Elizabeth Mudzimu’s PhD dissertation entitled ‘Religious and Cultural Encounters: Sexual and Reproductive Health and Rights among the Korekore women in Zimbabwe’. In the vignettes, we read Elizabeth recalling her encounters with the two women, while working as a Catholic nun in women’s empowerment programmes of the Catholic church in the Kore Kore community in rural Zimbabwe.

TRIGGER WARNING: The following story of Tendai discusses gender-based violence and may be triggering to some learners. Feel free to skip that part of the text if this may affect you.

It was an evening in the summer of 2005, while I was driving back from the villages where I would usually go to work with the women’s empowerment programs in Zimbabwe. It was about to rain, and so there was some lightning here and there and a bit of wind. Because of the threat of the storm, I was driving slowly. As I was about to turn into the country road that leads to the mission station, I was surprised to see a woman in her early fifties lying helpless in a pool of blood. I stopped to see who it could be and what could have happened. I immediately realized that it was one of the Catholic women I worked with, someone I knew pretty well, called Tendai. She was bruised all over her face and was bleeding profusely. It took her some time before she could tell me exactly what had happened, struggling to talk. Before she could tell me, she said: ‘Even if I tell you, you have no means of helping me; let me die here’.

Later she told me that she had been brutally beaten up by her husband for refusing to have sex. She had just been trying to seek refuge with her mother (also a Catholic), who unfortunately had ordered her to go back to her husband. Since we knew each other very well and she was always open with me, in trying to understand the situation I enquired why she had refused to have sex. Having grown up knowing that when a woman is married she is not allowed to refuse to have sex, I felt my desire to understand her refusal was justified. She indicated that she had a very bad backache and that the pain gets worse when it is about to rain. As she struggled to explain her situation, I could feel the pain with her.

As if that was not enough, on another Tuesday in the same year, as I was again carrying out my usual visits around the parish in the middle of the morning, what I witnessed led me to conclude that women’s sexuality is indeed a complex phenomenon that should not be dealt with like a mathematical puzzle. This incident concerned Grace, a staunch Catholic woman in her early thirties and a teacher by profession, which means that by Zimbabwean standards she counted as an educated and self-sufficient woman. Grace was trying to climb on to the roof of her house using a ladder with a plastic bag in her hands. This made me wonder what she could have been up to. Seeing me, she said: ‘Let me do these women’s issues, I will be with you in a moment’. With this woman I did not need to ask anything, I just smiled at her as she returned the ladder to the garage, and she smiled back and said: ‘Lucky you, you became a nun’. She told me that she was drying family-planning tablets in the sun to destroy their effectiveness. I was surprised at this, but she was quick to rescue me from my shock by explaining why she was doing it. Her husband had told her in a very strict manner that he preferred to have one child, while she wanted four.

I did not ask why she wanted to have more children. Among the lessons I had learned from my biology classes was the fact that giving birth is a painful process, and so for somebody to choose to experience pain four times was beyond my comprehension. Grace, seeing me thinking very deeply about this, smiled again and said: ‘We roast these tablets in the sun so they will never work, then we take them in his presence, but when I become pregnant I’ll just say that maybe nowadays these tablets are less powerful’. This was why she was roasting these tablets in the sun to make them ineffective. Her husband would see her take the tablets every day, never thinking that they might be ineffective.

In the next step, the vignettes will be explained and unpacked.