The triangle of religion, tradition and SRHR

In this short text, you will review the contents of Activity 4 using the triangle of religion, tradition and SRHR. 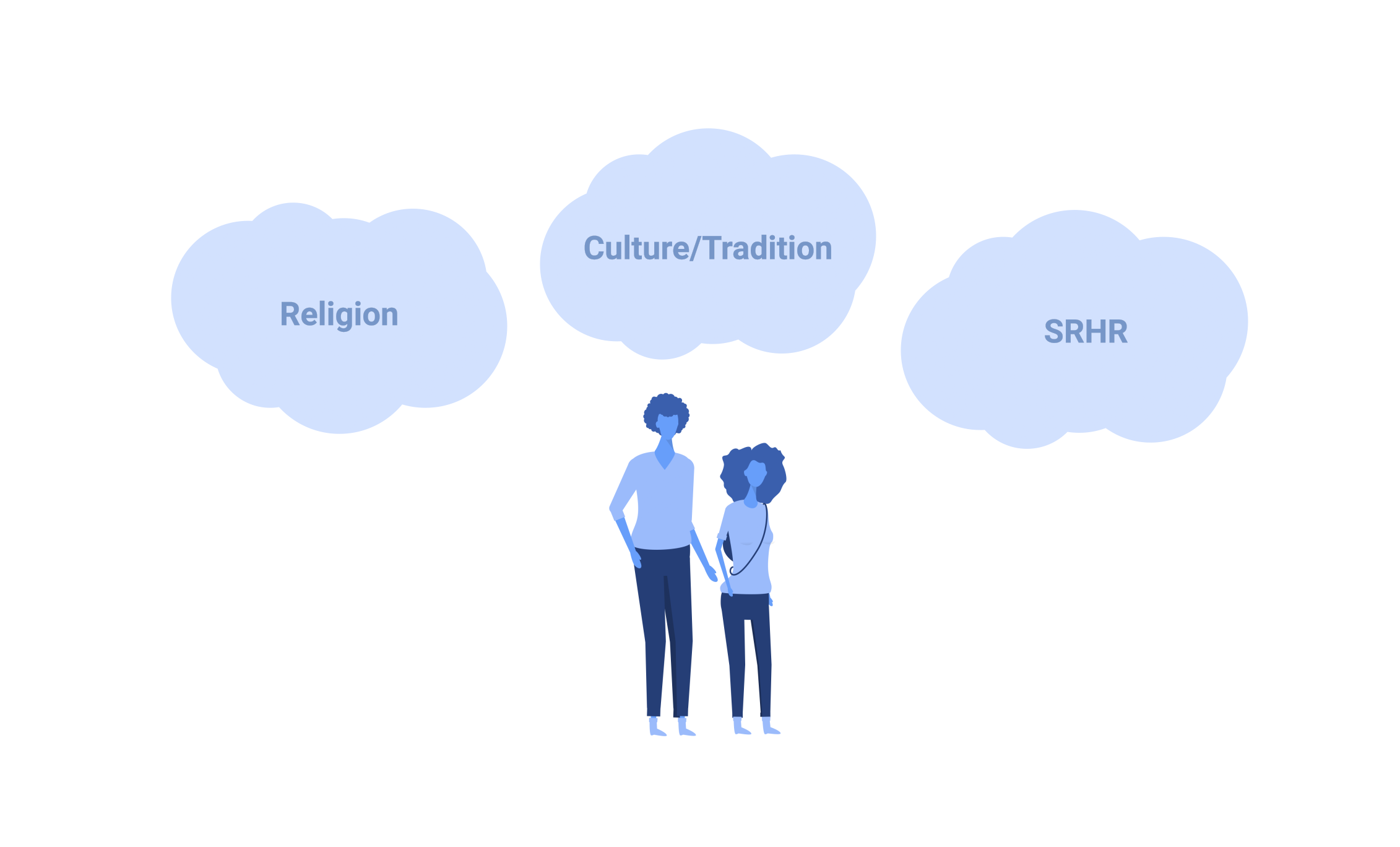 In the previous steps you have explored men’s perspectives, roles and experiences in GBV. You have learned how men develop their understandings of masculinity and femininity in a patriarchal context that is supported and legitimized by cultural and religious understandings and practices, such as those around lobola.

Like women, men are raised to think that oppressing women is part of performing their masculine role. At the same time men occupy a more powerful role in their relationships to women, which makes them repeat these cultural patterns by using force and violence. By looking at men’s perspectives you have explored the triangle of religion, tradition and sexual and reproductive health and rights from another angle.

In the previous steps of this whole week it has become visible that the complex interplay of religious and cultural understandings of male and female roles and responsibilities have a profound influence on heteronormative relations. Pressure on women to have sex with their husbands when their husband demands it, with the consequence of violence in case of refusal, shape the intimate relations between men and women. Cultural expectations to produce children, coupled with religious limitations to using contraception, limit women’s ability to make their own decisions when it comes to sexuality and reproduction. Conversely, as we saw at the beginning of this week, a woman may have access to contraceptives, but be forced to use them, limiting the number of children she has against her wishes.

The visual accompanying this step makes this triangle of religion, tradition and SRHR visible.

Efforts to transform gender inequality and gender based violence need to take these dynamics of religion, culture and sexual and reproductive health and rights into account. In this activity you have also been introduced to the work of Sonke Gender Justice and their partner in Zimbabwe SAFAIDS, and explored how they work with religious leaders and religious communities to stimulate reflection on masculinity and violence. In the next step you will further investigate their work, by exploring how they bring matters of religion and culture into conversation in these local communities.