In this step we will learn about a related concept called Pareto optimality. 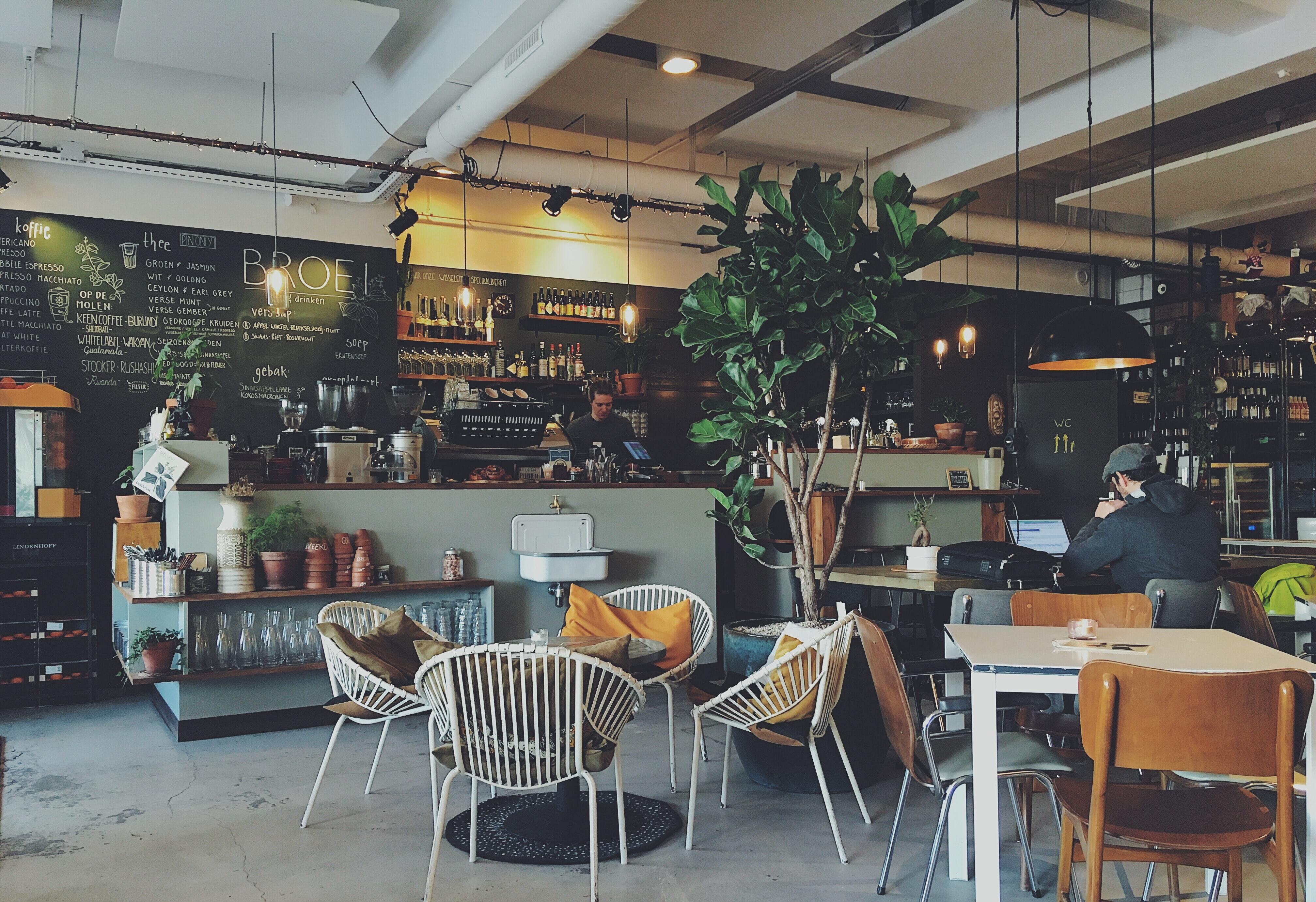 In the previous step we saw that sometimes it is possible to find solutions that are definitely not socially rational without comparing the happiness of different parties. In this step you will learn about a related concept called Pareto optimality.

Pareto optimality is a very undemanding concept of what constitutes a socially rational choice. Because of being very basic it is rarely sufficient to make final decisions, but it allows us to rule out solutions that from the social point of view don’t make sense.

Imagine that three friends: Joanna, Kieran, and Luigi want to meet for coffee. They are considering three cafés: Red, Blue, and Green. Each friend prefers cafés that are closer to those that are further away. The figure below depicts the spatial location of the three friends, the three cafes and the routes between them. For example, for Luigi we can say that his best choice is the Green café because it’s the closest one, Blue is next and Red is the worst one, because it is really far away. 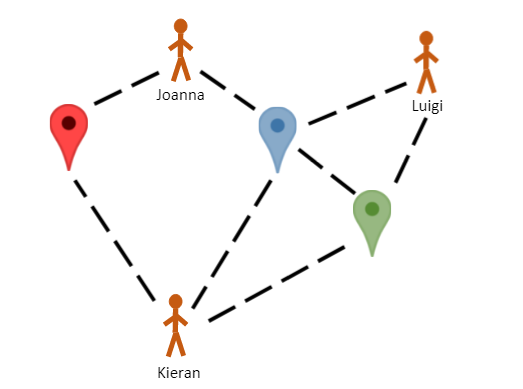 Choosing which café is socially rational we can compare the choices pairwise. First, think which is better – Red or Blue? For Joanna it doesn’t matter – they are equally distant. For Kieran it’s the same. They are equally away. But for Luigi switching from Red to Blue is a big improvement. The Blue café is much closer to Luigi. He will probably argue strongly against the Red café and neither Joanna nor Kieran will protest. Switching from Red to Blue improves Luigi’s situation and does not hurt anyone else. Hence, the Red café can be eliminated as socially not good. 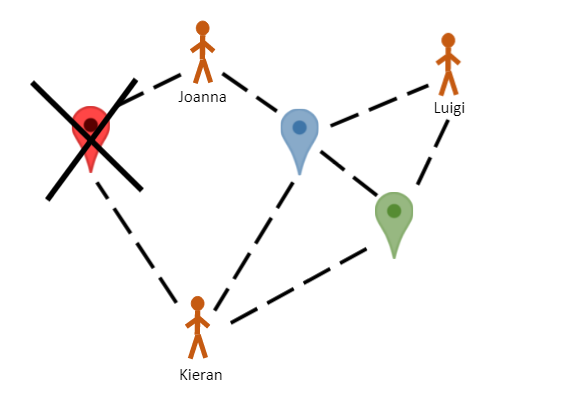 The principle we used in the café problem is called the Pareto Principle named after Vilfredo Pareto – an Italian engineer and social scientist. It allows for comparing available solutions and eliminating those that can be improved upon without harm to anybody. Imagine we have to choose between two solutions – A and B. We know that:

Neither the Green nor the Blue café are Pareto dominated. We say that they are both Pareto optimal. The Pareto principle cannot tell us which of the two is better. Switching between them we always hurt someone.

When we want to apply the Pareto principle, we need to list all the possibilities and compare them pairwise. If we find that some choice is Pareto dominated by any other choice, we can eliminate it. We know for sure that there is a better solution that will improve the situation for someone and will not hurt anyone. The remaining possibilities that are not Pareto dominated are Pareto optimal. In order to choose between them we need to apply other rules.