The first step in building shape models is to remove the effect of location and rotation. In this article Marcel Lüthi explains how this can be done.
© University of Basel 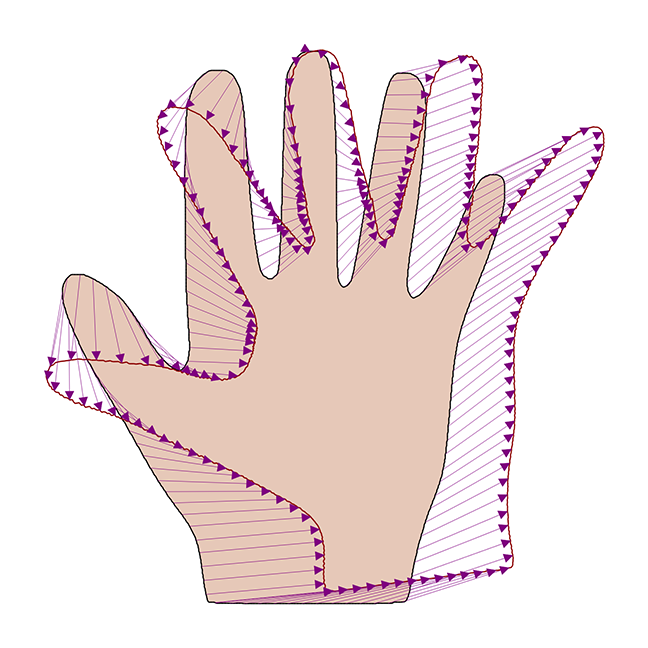 If two shapes (Gamma_R) and (Gamma_T) are in correspondence, this means that for every point (x in Gamma_R), we can identify the corresponding point (y in Gamma_T). (In the preceding video, we said that the correspondence is induced by the deformation field (u), i.e. (y = x + u(x)).)

to obtain the translation (t^*) and rotation (R), which we can use to superimpose the two shapes.

Given a set of shapes (Gamma^{(1)}, ldots, Gamma^{(m)}), we could pick one of the shapes as a reference shape, say (Gamma_R = Gamma^{(1)}), and align all the shapes to this reference using the above procedure. This choice of reference may seem a bit arbitrary. There is, however, a more principled way of doing this, which is usually referred to as generalised Procrustes alignment. The idea is that, since we have correspondence between all the shapes, we can compute a mean shape defined by