In this article, Marcel Lüthi explains the regression problem and how it occurs in shape modelling.
© University of Basel

Let ({x_1, ldots, x_n} subset Omega) be a fixed set of input points defined on some domain (Omega) and assume that there is an (unknown) function (f_0 : Omega to mathbb{R}), which generates values (y_i in mathbb{R}) according to

A common assumption is that (epsilon_i) is independent Gaussian noise, i.e. (epsilon_i sim N(0, sigma^2)). The function (f_0) is called the regression function.

The regression problem is to infer the function (f_0) from given observations ({tilde{y}_1, ldots, tilde{y}_n}) at the input points. Figure 1 (left) illustrates this setting. It is clear that, since we only have access to the function value at a finite number of points, there are in general many solutions that could have generated the data, as illustrated in Figure 1 (right). 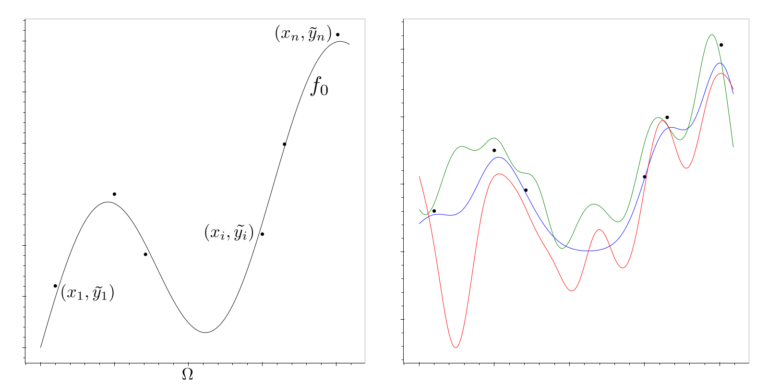 In shape modelling, the regression problem can be formulated as follows: the points (x_1, ldots, x_n subset Gamma_R) are points on the reference shape (Gamma_R). The regression model is defined as 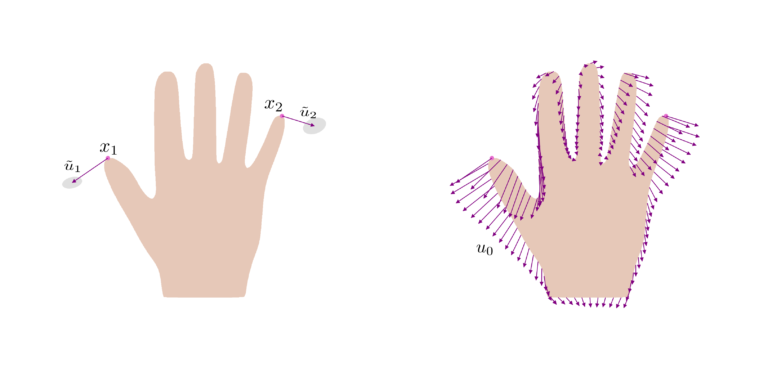 The possible deformations (u) are modelled using a Gaussian Process model (GP(mu, k)) that models the shape variations of a given shape family. 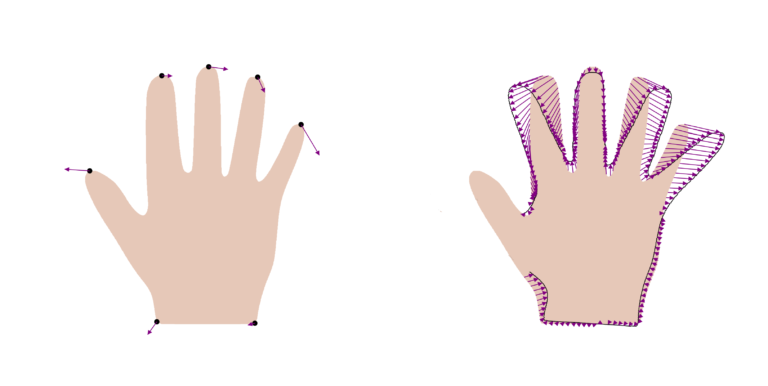