This article describes the distributed memory architecture which is used by all large supercomputers. 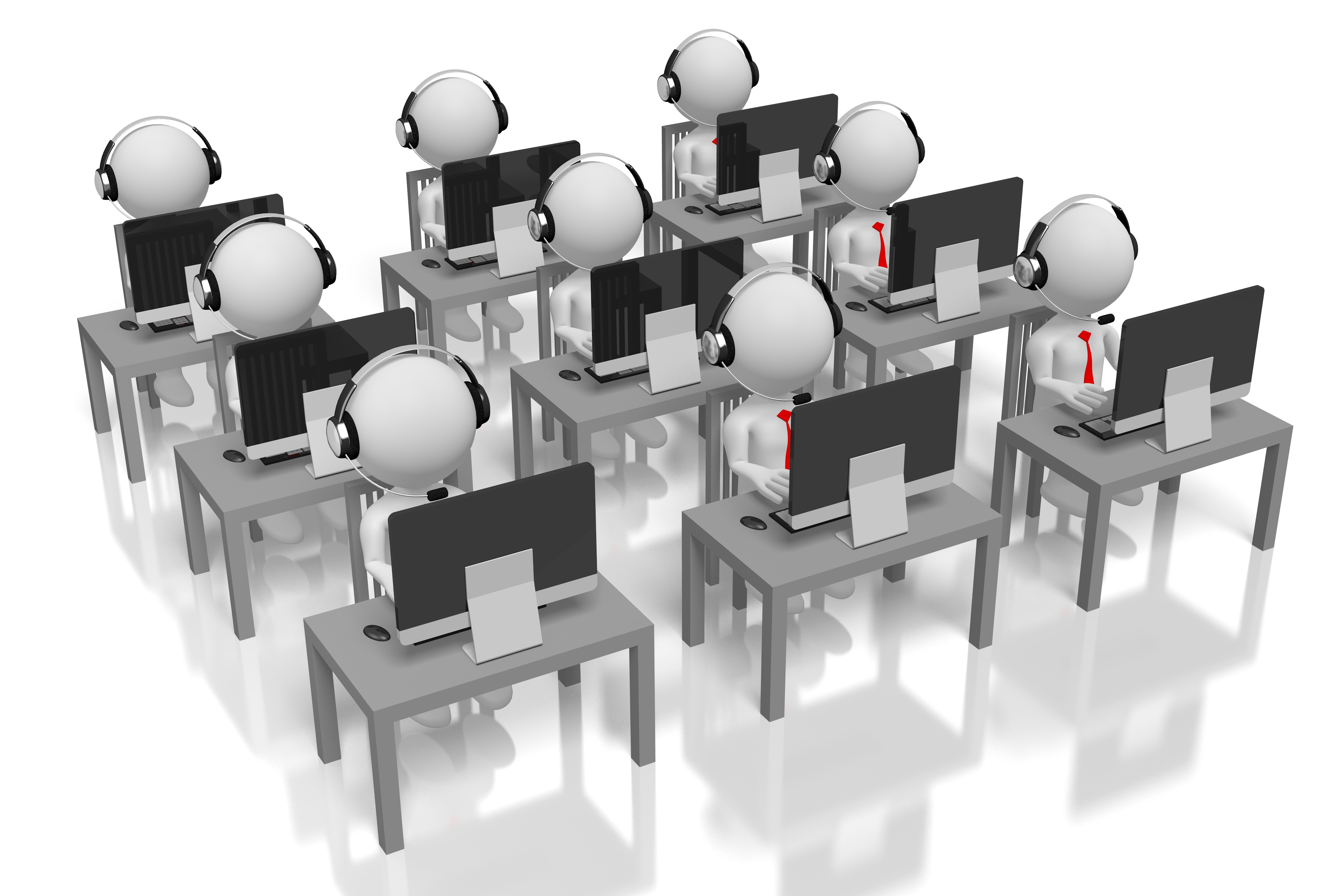 Because of the difficulty of having very large numbers of CPU-cores in a single shared-memory computer, all of today’s supercomputers use the same basic approach to build a very large system: take lots of separate computers and connect them together with a fast network.

For the moment, let’s ignore the complication that each computer is itself a shared-memory computer, and just say we have one processor in each computer: 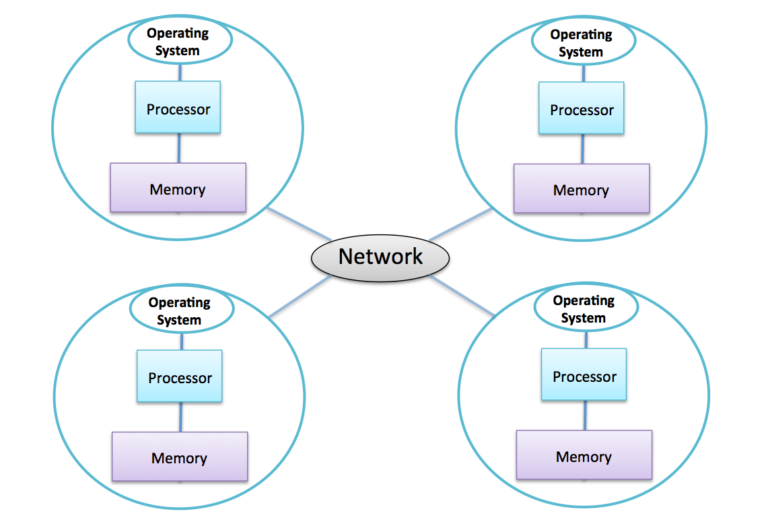 The most important points are:

The office analogy is very useful here: a distributed-memory parallel computer is like workers all in separate offices, each with their own personal whiteboard, who can only communicate by phoning each other.

The second disadvantage can be a pain when we do software updates – we have to upgrade thousands of copies of the OS! However, it doesn’t have any direct cost implications as almost all supercomputers use some version of the Linux OS which is free.

It turns out that it is much easier to build networks that can connect large numbers of computers together than it is to have large numbers of CPU-cores in a single shared-memory computer. This means it is relatively straightforward to build very large supercomputers – it is an engineering challenge, but a challenge that the computer engineers seem to be very good at tackling!

So, if building a large distributed-memory supercomputer is relatively straightforward then we’ve cracked the problem?

Well, unfortunately not. The compromises we have had to make (many separate computers each with their own private memory) mean that the difficulties are now transferred to the software side. Having built a supercomputer, we now have to write a program that can take advantage of all those thousands of CPU-cores and this can be quite challenging in the distributed-memory model.

Why do you think the distributed memory architecture is common in supercomputing but is not used in your laptop? Share your thoughts in the comments section.