Nahrin, Retjenu, Assyria, Babylonia...as ever, we'll meet some new terms in this week's course content, so let's clear all of that up first. 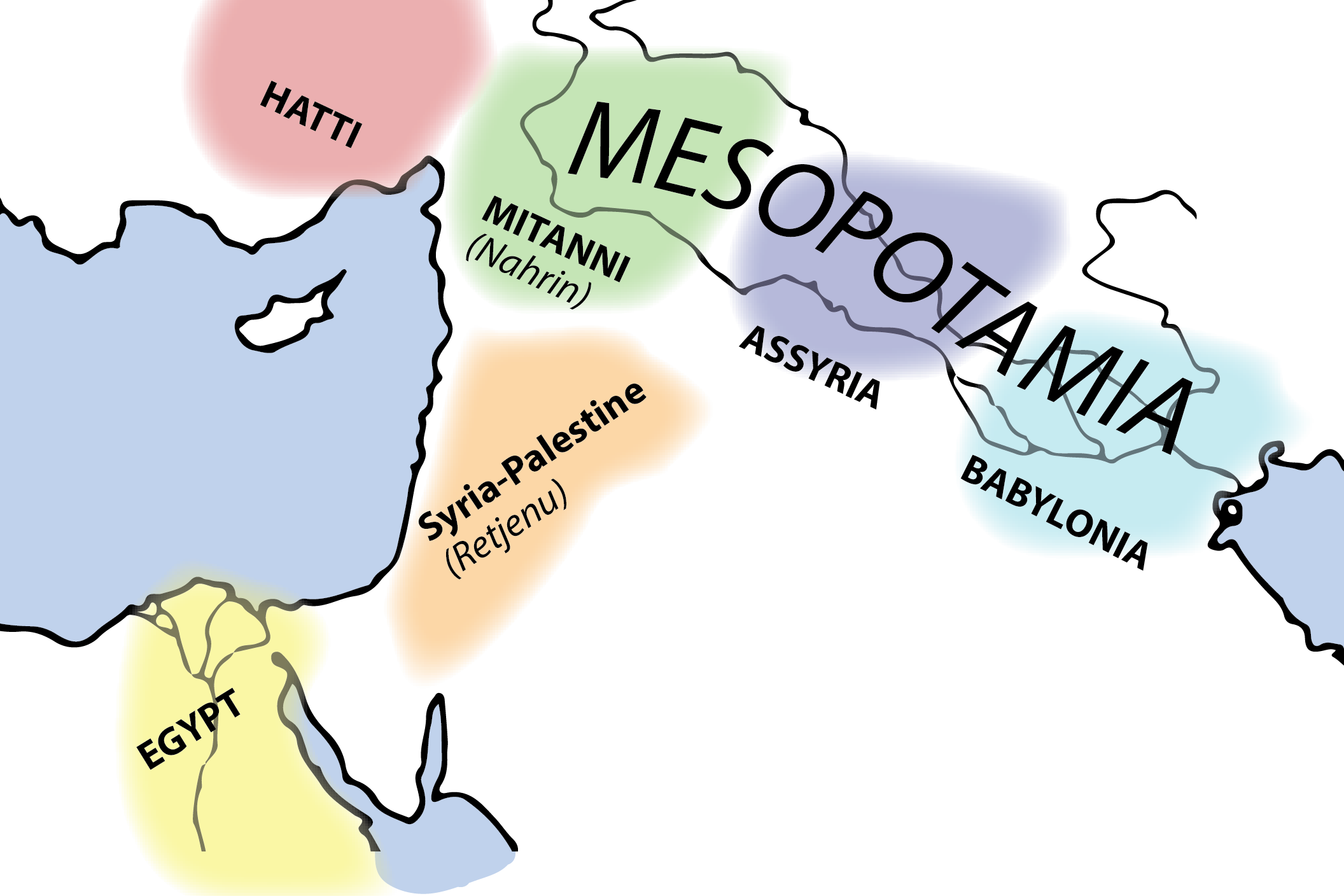 View Course
…as ever, we’ll meet some new places in this week’s course content, so let’s start by introducing and defining some of these topographical terms.

What do the Egyptians mean by Retjenu and Nahrin?

This derives from the Greek word meaning ‘land between the rivers’. It refers to the fertile crescent between the Euphrates and Tigris rivers, extending from the northern Mediterranean coast in modern Syria and Turkey, through Iraq, and Kuwait, to the Persian Gulf.

Were there any other Superpowers active in the Near East during the Late Bronze Age?

Yes, there are two other superpowers that lay beyond the scope of this course, but which need to be mentioned:

During the early part of the Late Bronze Age, Assyria was a depleted power. Their neighbours, the Mitannians, had sacked and looted the capital city, Assur (on the Tigris River, in modern Iraq). However, they were down but not out, and were soon to rise again under king Assur-uballit. It wasn’t long before Assyria proved themselves as a force to be reckoned with, not least in their longevity: still commanding a strong international presence in the Near East long after the other ancient Near Eastern Superpowers had left the stage. For excellent and accessible detail on the Assyrian kingdom, see this Metropolitan Museum of Art resource.

The Babylonian empire, with its famous capital city, Babylon, in modern Iraq, about 60 miles southwest of Baghdad, were once the great overlords of Mesopotamia. However, the vast empire began to contract and was eventually destroyed right at the beginning of the Late Bronze Age. But Babylon was resilient, and a new cohort of travellers from the Zagros mountains, the Kassite people, eventually took control and nursed the kingdom back to health, putting Babylonia back on the international map in the Late Bronze Age. Babylonia was destined not to regain the power that it once had, though and eventually became a vassal state of Assyria. Again, the Metropolitan Museum of Art has an excellent collection of information online, so click here if you’d like to know more.