A case study about mycotoxins and the dairy sector. 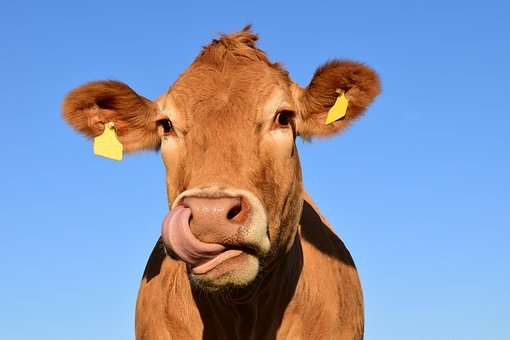 In this case study we will explore the knock on effect of climate change on mycotoxins in the dairy sector on the Island of Ireland.

One of the most profitable farms systems on the IoI is the dairy sector. Dairy farmers in this region can produce milk at a relatively low cost making them competitive throughout the globe. One of the most prevalent food safety hazards within the diary sector is mycotoxins which emerge from cereals used for animal feed. This threat is intensified as a result of climate change.

The Effect of Climate Change on Cereal Production in Ireland

Cereal production on the Island of Ireland is one of the highest internationally due to the suitable climate and soils. Approximately 75% of domestic cereal production goes to the feed market. Climate change threatens cereal production in Ireland due to its effect on growing seasons; crop varieties; and risk from natural occurring toxins in the crops grown.

The climate in Ireland is projected to become warmer with drier summers and wetter winters. In general, it is argued that warming conditions in cool or temperature climates increases the risk of contamination from mycotoxins. This is because the conditions are believed to become more favorable for the proliferation of fungi, thus increasing the risk of mycotoxin contamination of crops during harvesting and storage in Ireland. However, other factors including precipitation events and when they occur relative to the plants life stage play a role in the prevalence of toxigenic fungi on crops.

In the United Kingdom and Ireland a number of mycotoxins have been detected in grains. This includes:

In the dairy sector aflatoxins, particularly aflatoxin B1 pose a threat to the dairy sector. The toxin can be easily transferred to the milk of cattle when they are fed contaminated feed stuffs. Aflatoxin A1 is metabolised to aflatoxin M1 which can be detected in milk. Alflatoxins are expected to become more prevalent with forecasted climate change, increasing the risks to human health exposure to this toxin can happen through milk.

Fusarium mould proliferates in dry weather conditions during grain fill and late seasonal rains. The growth of fusraium mould is therefore a concern in Ireland given the climatic predictions in the immediate future.

There is an increasing number of studies detecting Deoxynivalenol (DON) and Zearelenone mycotoxins in cereals such as wheat. Their presence increased with higher temperatures, increased rainfall during harvest and relative humidity.

Mycotoxins that may pose problems in the future include fumonisins (if maize becomes a viable crop) and ochratoxin A. For the emerging mycotoxins fusaproliferin, beauvericin and enniatins and the masked mycotoxins, there is no legislation covering their control in food or feed and they are not routinely monitored. This is of a growing concern under the changing climate conditions, with an increasing number of reports of contamination throughout the globe.

Mycotoxins in the Dairy Sector

As discussed, cereal grains are used for livestock feed. The increasing presence of mycotoxins, particularly emerging mycotoxins, increases the risk of exposure and consumption by dairy cattle and subsequent exposure of the toxin to humans through milk.

Human exposure can be reduced through early harvesting, drying of the grain and use of storage containers to minimise moisture and temperature conditions that favour toxin growth. In addition, early detection and monitoring of mycotoxins in Ireland is vital to prevent any mycotoxin hazard entering the dairy food chain.

Similar trends have been reported in Italy. Since 2003 the summers have been warmer and drier in this region. These local conditions became favourable for the growth of Aspergillus flavus which until then have been uncommon in Europe and typically refined to more tropical regions. As a result, cereal production in Italy has endured increased amounts of aflatoxin contamination of grain.