The growth of aquaculture: a global overview

In this step, we explore the growth of aquaculture 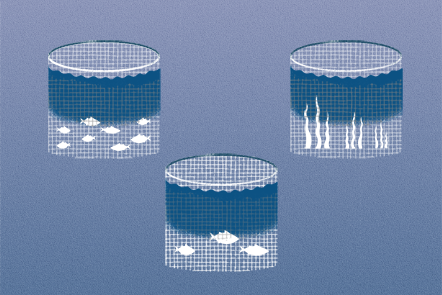 Aquaculture is a form of farming that has been utilised by cultures around the world for thousands of years. From tilapia grown in man-made ponds in Egypt, to carp grown in rice paddy fields in China, and oysters reared in tanks in the Roman Empire, freshwater pond farming was the dominant aquaculture method for many centuries.[1] The Middle Ages then saw its expansion to Europe, where freshwater fish were kept in ponds in monasteries.

Since then, the practice has very slowly grown, with the Americas and Africa only getting introduced to the practice in the 1900s.[1] Today, however, aquaculture is considered to be the fastest growing food sector in the world.[2,3] Since the 1990s, aquaculture production volume has tripled and has grown 5-7% per year.[4,5] Plateauing fish stocks, a growing population of humans with ever increasing seafood consumption, a need for stable incomes in developing countries, and limited land are some of the key reasons why aquaculture has taken off in the last 30 years.[4]

What species are mainly grown in aquaculture?

Most aquatic production today consists of lower trophic level species or herbivorous fish that feed on vegetable based diets, like carp and tilapia, followed by seaweed and then molluscs and crustaceans (e.g. shrimp).

Though with rising incomes and increasing seafood consumption, the market for higher trophic levels* (like shrimp, salmon, sea bass) is also increasing. This puts more strain on the already stretched wild fish stocks as these species are generally far more resource intensive to produce and often require feed that is partially derived from less desirable wild fish species.

*Trophic level: An organism’s position in the food web where apex predators (like sharks and tuna) are at the top of the pyramid and primary producers (like plants and algae) at the bottom.

When it comes to ownership, most farms have been and still are small-scale and owned by small companies or families, which is very much the case in Asia and Africa.[6] This provides economic stability and livelihood for many communities along the coast, especially in developing countries.

On the flip side, it makes regulation, control of disease and environmental management more difficult as there are many farms operating independently of each other under different sized scales and conditions.

The growth of aquaculture around the world 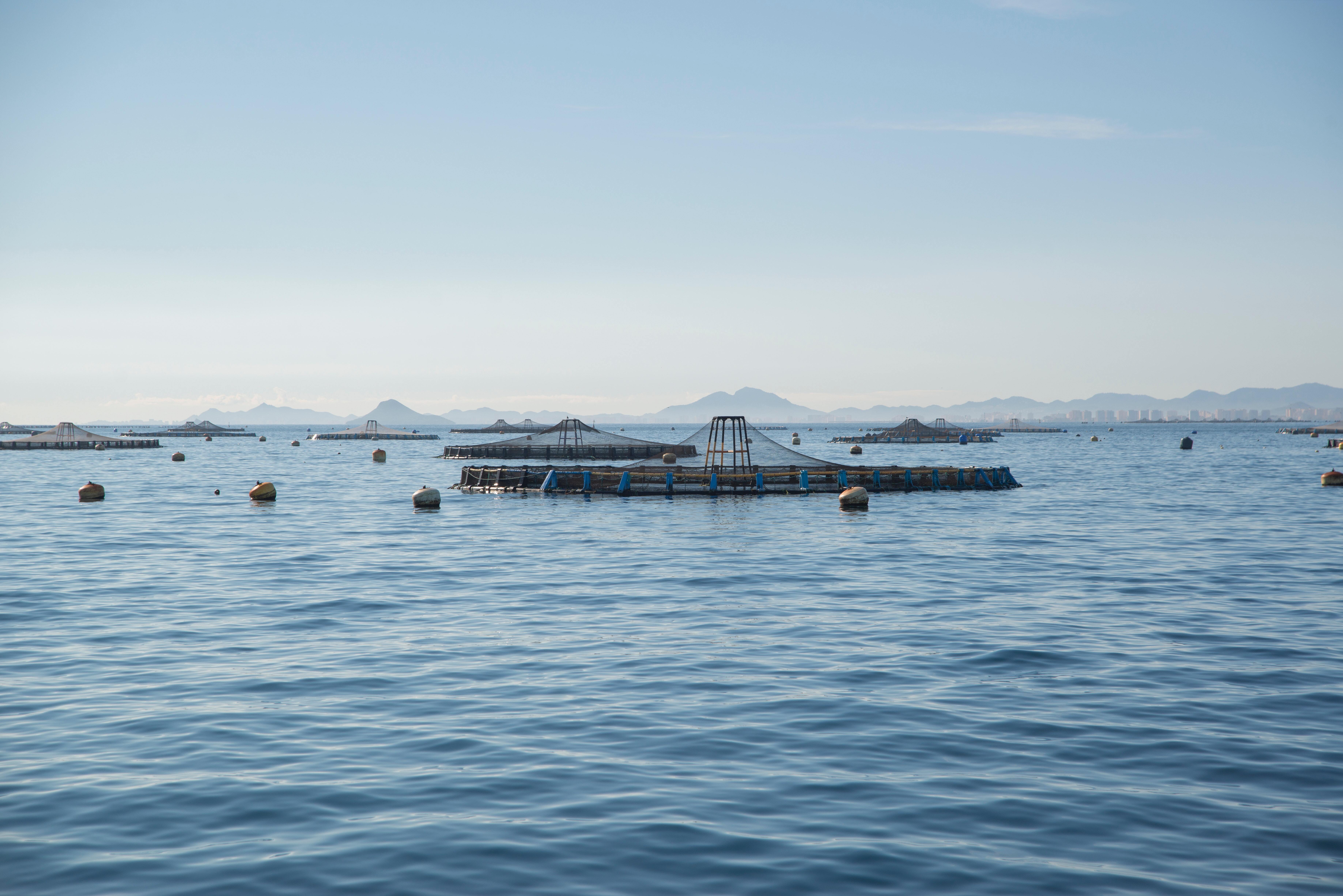 Asia accounts for >90% of the world’s total aquaculture production by volume, and 99.5% of algae production. Most development in Asia has been driven by economic opportunity, rural transformation and often with little incentive from government,[4] essentially meaning that families have taken the lead in seizing opportunities and starting up aquaculture operations themselves.

Freshwater finfish farming of species (such as carp) is the most common form of aquaculture, followed by coastal shrimp farming.[8] The latter has had a notable destructive impact on mangrove forests and coastal marine ecosystems in recent decades.

It is worth looking closer at aquaculture in China, as they alone produce over 50% of the world’s total production – dominating aquaculture production for the past 20 years.[4]

China’s aquaculture sector growth and development today is mainly driven by environmental integrity and efficient use of resources. The intensification of algae production seen in China today came partly as an approach to offset the excess nutrients from shellfish production.[10]

Today, the growth of algae production is also hitting limits and threats with ocean warming, slowing growth, survival and quality.[11] To address this and other problems, China banned fertilisers in freshwater areas, and has looked at:

The Americas produce 3.6% of the global aquacultured animal species volume, with Latin America and Caribbean (excluding Chile) producing 51%, followed by Chile (34%) and North America (14%). Shrimp and salmon make up the most of that production volume, with tilapia and mussels as other farmed species.[5]

The aquaculture industry in Latin America has historically grown rapidly with an even share of small-scale farms and larger commercialised operations. Recirculating aquaculture systems – which means better control over disease and water use – and offshore farming are two key focus areas for development but require large investments. Companies and agencies are calling for government support to help develop these areas, in addition to securing the survival of small farm operations.[14]

Europe produces around 2.7% of the global aquacultured animal species volume, with growth being fairly stagnant the past years – though the value of the industry has grown due to focus on high value species such as salmon.[5] Spain, France, Italy and Greece are the major producers in the EU, with over 45% of that production being shellfish, followed by warm water marine fish (>30%).[15]

The EU collectively has a focus on growing the aquaculture sector, as a way to reduce their need for seafood imports and increase jobs along the coast, but with minimal environmental footprint and high quality produce. The aquaculture sector has stringent regulations around the use of coastal areas to ensure clean water and healthy marine environments.[6]

Norway is almost solely focused on salmonid (salmon and trout) farming in mainly open net pens along the coast and fjords.

The Norwegian aquaculture industry has only been around for the past 40-50 years, with many of the same pioneering owners still alive and running the farms today. Heavy government funding into research, high market price (5 times that of other fish species) and suitable natural environment are the main key drivers that have led to the industries rapid growth.[16,17]

Growth has stagnated the past 5 years, despite ambitious growth goals. This is largely due to strict regulation around sea lice management, which is in place to protect the wild populations of salmon. With over 1200 farms along the coast line, disease outbreaks are also common and limit many site expansions farmers apply for.

In response to these challenges, there has been heavy investment into the building of land based farms, so as to shorten the time in sea and therefore exposure to disease and lice. Additionally, closed cages in the fjords and huge offshore constructions have also been built in an effort to spread out and have better control over disease.

The salmon market in Norway is also a leader when it comes to digitalisation and data, with companies combining AI and machine learning to help farmers make more optimised and informed decisions.

The alternative feed ingredient market, including microalgae and insects, has been driven by the consumer demand for sustainability and the increasing cost of fish meal and oil. The difficult step is to scale these operations and be able to prove that fish health is not compromised.

Africa produced 1.9% of the global aquacultured animal species volume in 2020, with most (tilapia) production coming from Egypt. Most production is small-scale operations and produced for the domestic market.[18] Aquaculture was first introduced in the early 1900s, when tilapia was grown in ponds.[19] Since then, Kenya in particular has focused heavily on aquatic production, with significant investments to further develop areas like selective breeding, fish feed, processing facilities and increasing the small scale ponds.[20]