The Formal Systems Model is introduced. 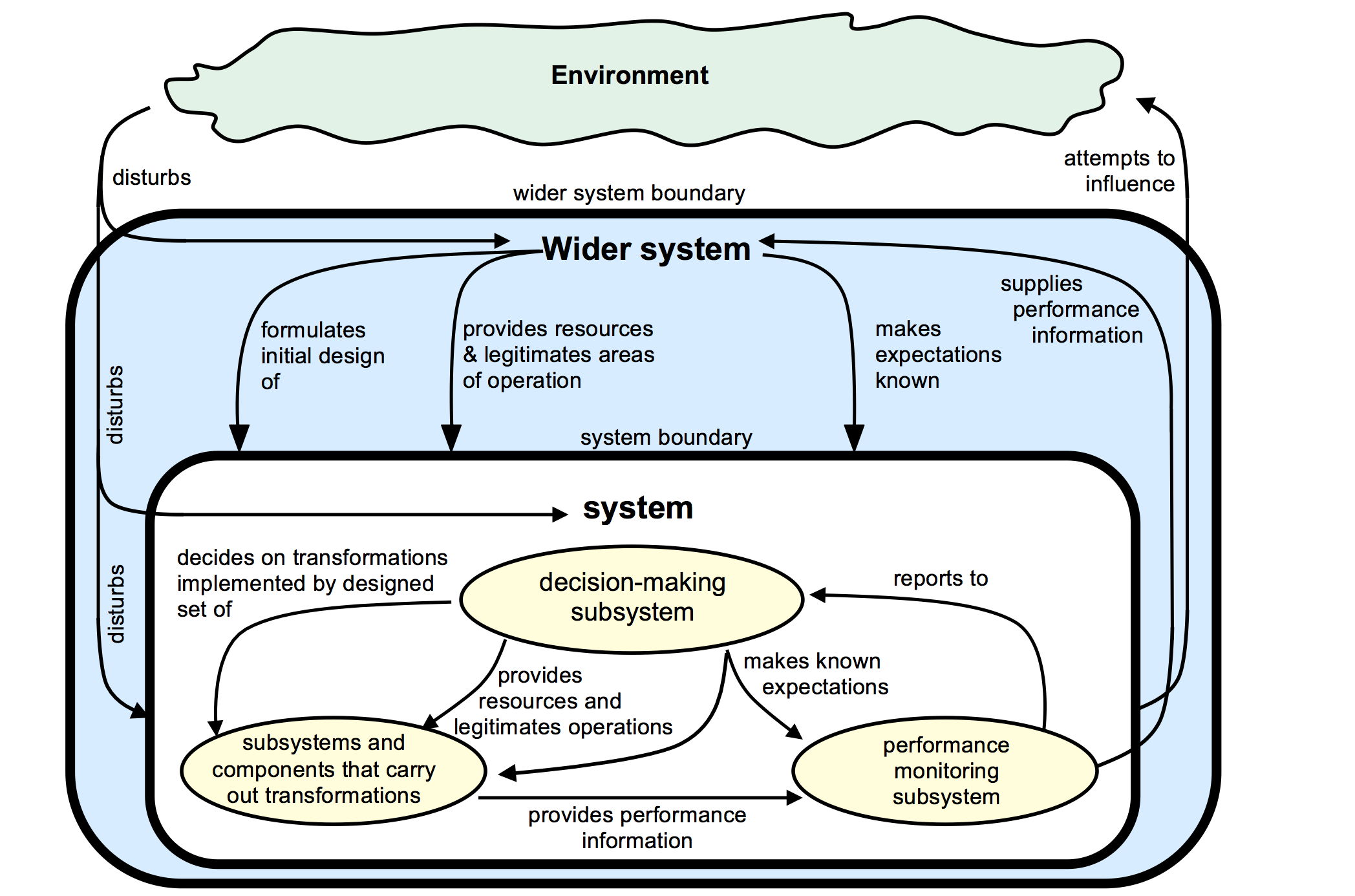 The diagram above, which you first saw in Week 1, shows a generalizable model of a robust system capable of purposeful activity without failure. It is called the Formal Systems Model [1].

At the centre of the diagram, against a white background, is the system. For example, this could be a local council in a city such as Birmingham.

Case study: The city of Birmingham as a system

At the right of the white panel, shown in yellow, is the performance monitoring subsystem. For Birmingham this will include financial monitoring, and data such as the number of complaints about services from residents, and formal reports made to the Council by its various committees and the officers running its divisions and departments.

Typically, a system will exist within a wider system, shown in blue in the diagram. The wider system for Birmingham is the Government that designs and maintains the political and administrative structure of the UK. The Government makes known its expectations of Birmingham, provides resources to enable it to meet those expectations, and legitimates its areas of operation. The performance monitoring system provides feedback to the wider system. In the case of Birmingham its officers provide formal reports to the Government, and there are many other channels for feedback as well.

What is your view of the Formal Systems Model? Is it easy to understand? Is it clear how the components of the system and the relationships between them will be represented?

Can this model capture the dynamics of systems? Do you think it will be easy to apply by people who are not specialists in systems thinking? Give your views in the comments below.