Many different indicators present patterns of health inequalities and deprivation closely linked to the health outcome. Find out more in this article.

We could look at many different indicators and see the same pattern of health inequalities and deprivation closely linked to the health outcome. 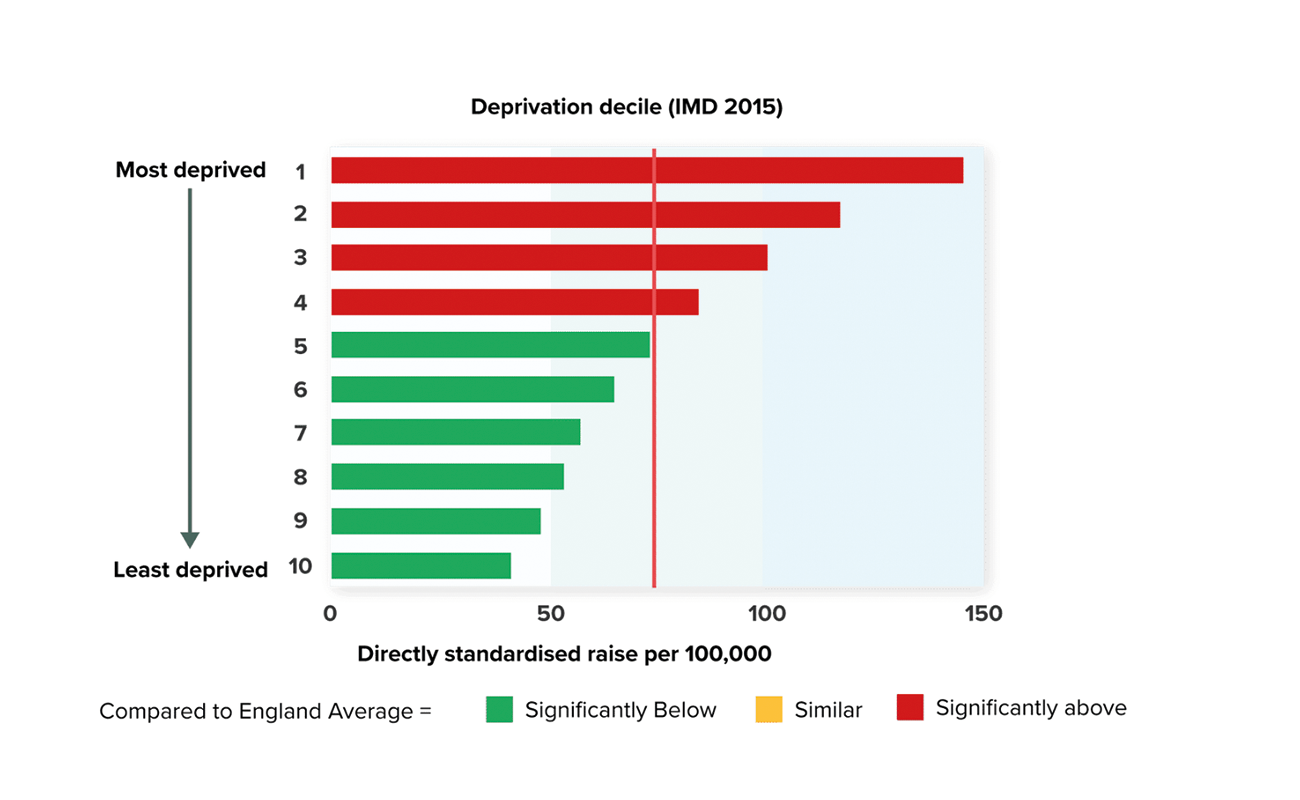 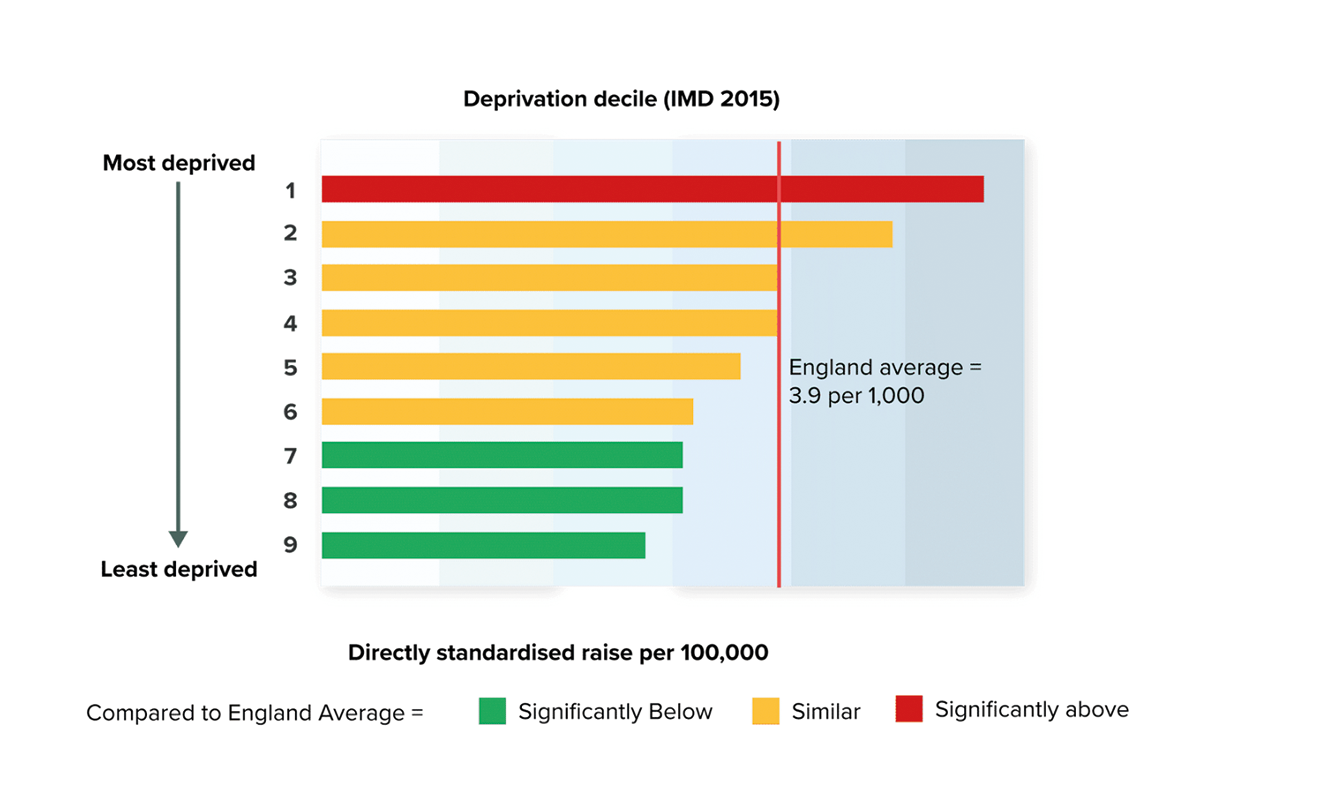 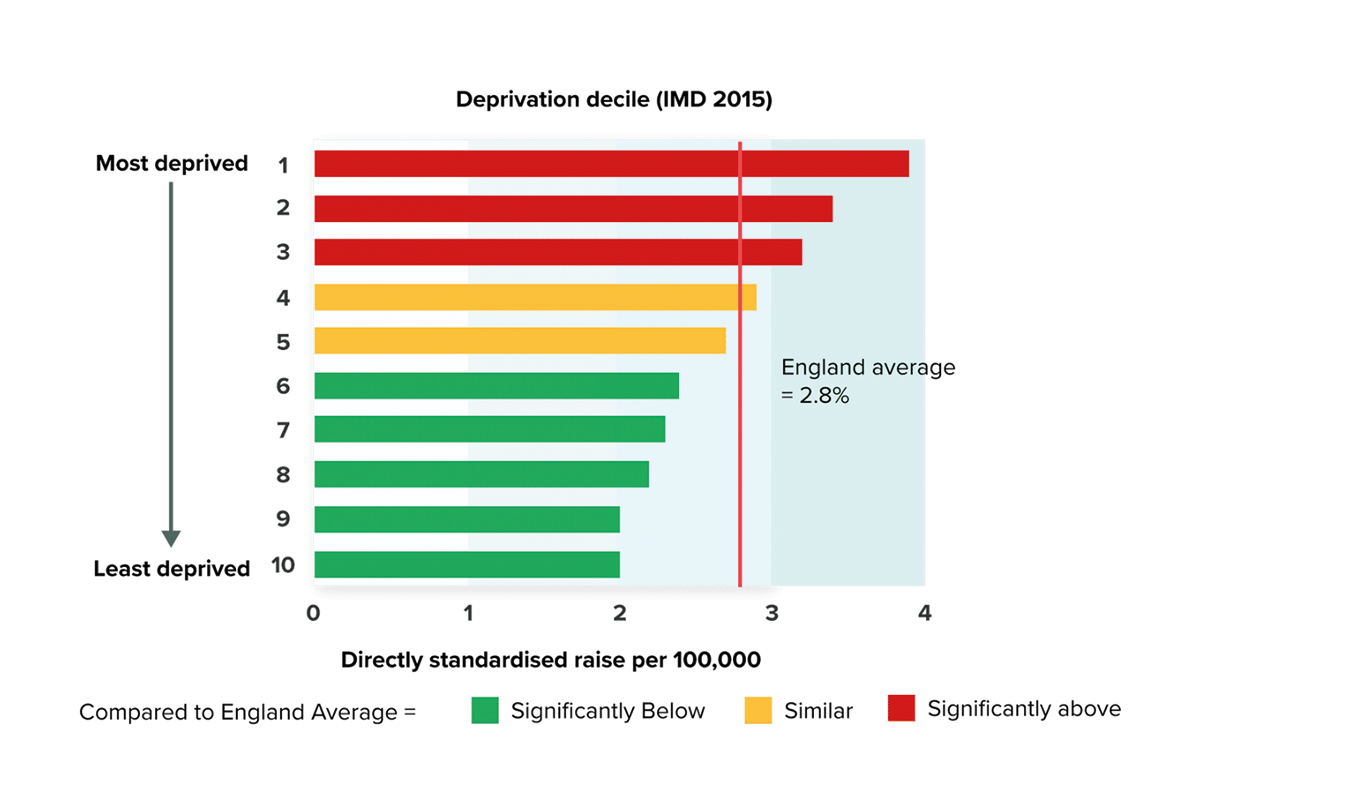 So what we are seeing here is that in general the lower an individual’s socioeconomic position, the worse their health. This is a global phenomenon, seen in low, middle and high-income countries. But we need to pay attention to that gradual and progressive slope. This is a concept that we call the social gradient. This has been described as:

“the gradual and progressive improvement in health outcomes as the socioeconomic status or class position is raised, when comparing members of a society. It can also be represented as demonstrable progressive worsening of health outcomes in groups of progressively lower social status, income, social class, occupation or education.” (World Health Organization, 2017)