This article explores Taoism and the architecture of cyberception. 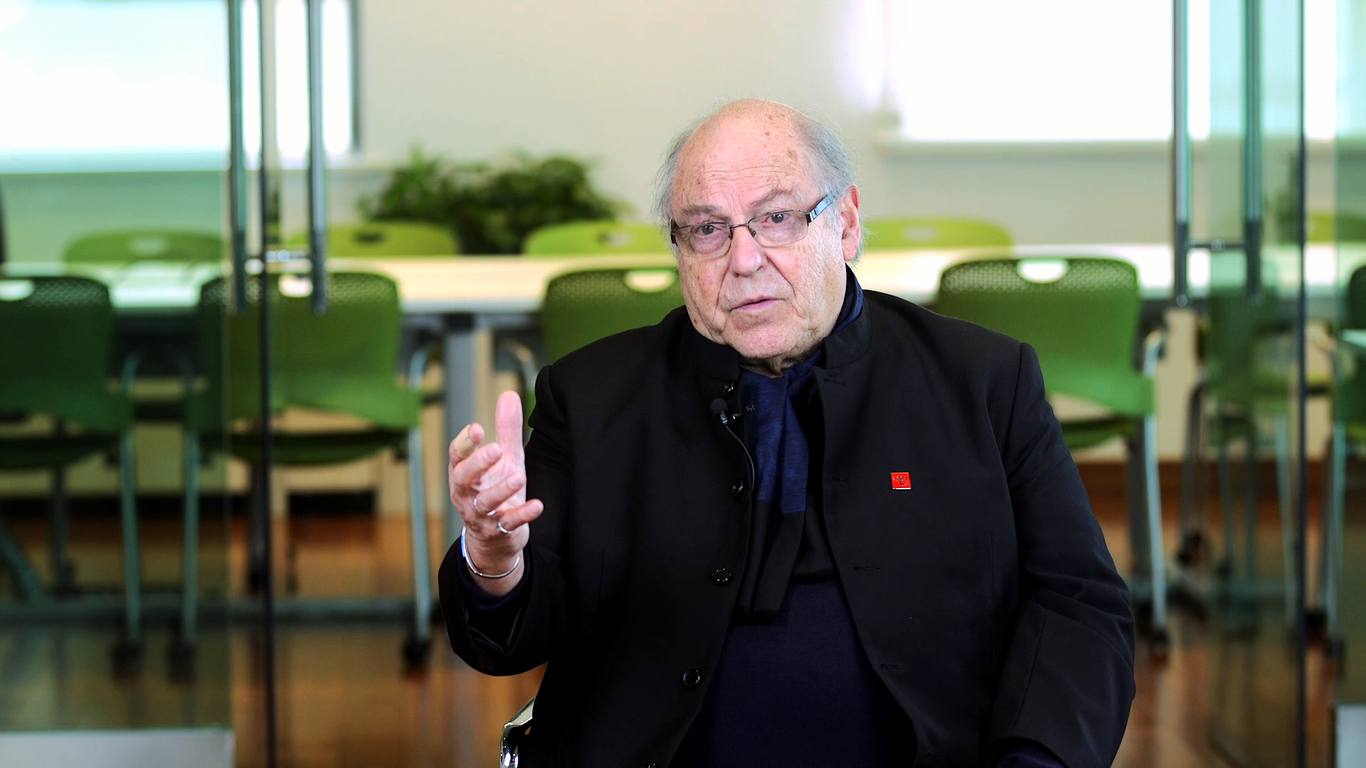 This article is excerpted from Telematic Embrace written by Roy Ascott, and edited by Edward A. Shanken (2003), Berkeley Los Angeles London: University of California Press. This article was first presented at ISEA94 in Helsinki by Roy Ascott and originally published in Leonardo Electronic Almanac 2 (1994). Reprinted by permission of MIT Press.

Not only are we changing radically, body and mind, but we are becoming actively involved in our own transformation. And it’s not just a matter of the prosthetics of implant organs, add-on limbs or surgical face-fixing, however necessary and beneficial such technologies of the body may be. It’s a matter of consciousness. We are acquiring new faculties and a new understanding of human presence. To inhabit both the real and virtual worlds at one and the same time, and to be both here and potentially everywhere else at the same time, is giving us a new sense of self, new ways of thinking and perceiving that extend what we have believed to be our natural, genetic capabilities. In fact, the old debate about artificial and natural is no longer relevant. We are only interested in what can be made of ourselves, not what made us.

As for the sanctity of the individual, well, we are now each of us made up of many individuals, a set of selves. Actually, the sense of the individual is giving way to the sense of the interface. Our consciousness allows us the fuzzy edge on identity, hovering between inside and outside every kind of definition of what it is to be a human being that we might come up with. We are all interface. We are computer-mediated and computer-enhanced. These new ways of conceptualising and perceiving reality involve more than simply some sort of quantitative change in how we see, think, and act in the world. They constitute a qualitative change in our being, a whole new faculty, the postbiological faculty of “cyberception.”

Cyberception involves a convergence of conceptual and perceptual processes in which the connectivity of telematic networks plays a formative role. Perception is the awareness of the elements of environment through physical sensation. The cybernet, the sum of all the interactive computer-mediated systems and telematic networks in the world, is part of our sensory apparatus. It redefines our individual body, just as it connects all our bodies into a planetary whole. Perception is physical sensation interpreted in the light of experience. Experience is now telematically shared: computerised telecommunications technology enables us to shift in and out of one another’s consciousnesses and telepresences within the global media flow. By “conception,” we mean, among other things, the process of originating, forming, or understanding ideas.

Ideas come from the interactions and negotiations of minds. Once locked socially and philosophically into the solitary body, minds now float free in telematic space. We are looking at the augmentation of our capacity to think and conceptualise, and the extension and refinement of our senses: to conceptualise more richly and to perceive more fully both inside and beyond our former limitations of seeing, thinking, and constructing. The cybernet is the sum of all those artificial systems of probing, communicating, remembering, and constructing that data processing, satellite links, remote sensing, and telerobotics variously serve in the enhancement of our being.

Cyberception gives us access to the holomatic media of the cybernet. The holomatic principle is that each individual interface to the net is an aspect of a telematic unity: to be in or at any one interface is to be in the virtual presence of all the other interfaces throughout the network. This is so because all the data flowing through any access node of a network are equally and at the same time held in the memory of that network: they can be accessed at any other interface through cable or satellite links, from any part of the planet, at any time of day or night.

It is cyberception that enables us to perceive the apparitions of cyberspace, the coming into being of their virtual presence. It is through cyberception that we can apprehend the processes of emergence in nature, the media flow, the invisible forces and fields of our many realities. We cyberceive transformative relationships and connectivity as immaterial process just as palpably and immediately as we commonly perceive material objects in material locations. If, as many would hold, the project of art in the twentieth century has been to make the invisible visible, it is our growing faculty of cyberception that is providing us with X-ray vision and the optics of outer space.

And when, for example, the space probe Cassini reaches the dense nitrogen atmosphere of Saturn’s satellite Titan, it will be our eyes and minds that are there, our cyberception that will be testing and measuring its unknown surface. The cybernet is also the agent of realisation and construction, embracing a multiplicity of electronic pathways to robotic systems, intelligent environments, and artificial organisms. And in so far as we create and inhabit parallel worlds and open up divergent event trajectories, cyberception may enable us to become simultaneously conscious of them all, or at least to zap at will across multiple universes. The transpersonal technologies of telepresence, global networking, and cyberspace may be stimulating and re-activating parts of the apparatus of a consciousness long forgotten and made obsolete by a mechanistic worldview of cogs and wheels. Cyberception may mean an awakening of our latent psychic powers, our capacity to be out of body or in mind-to-mind symbiosis with others.

So what diªerentiates cyberception from perception and conception? It’s not just the extension of intelligence promised by Cal Tech’s silicon neurons, the implications of the molecular computer, or the consequences of Bell AT&T’s electro-optic integrated circuit that will compute in one billionth of a second. The answer lies in our new understanding of pattern, of seeing the whole, of flowing with the rhythms of process and system. Hitherto, we have thought and seen things in a linear manner, one thing after another, one thing hidden behind another, leading to this or that finality, and along the way dividing the world up into categories and classes of things: objects with impermeable boundaries, surfaces with impenetrable interiors, superficial simplicities of vision that ignored the infinite complexities. But cyberception means getting a sense of a whole, acquiring a bird’s-eye view of events, the astronaut’s view of the earth, the cybernaut’s view of systems. It’s a matter of high-speed feedback, access to massive databases, interaction with a multiplicity of minds, seeing with a thousand eyes, hearing the earth’s most silent whispers, reaching into the enormity of space, even to the edge of time. Cyberception is the antithesis of tunnel vision or linear thought. It is an all-at-once perception of a multiplicity of viewpoints, an extension in all dimensions of associative thought, a recognition of the transience of all hypotheses, the relativity of all knowledge, the impermanence of all perception.

It is cyberception that allows us to interact fully with the flux and fuzz of life, to read the Book of Changes, to follow the Tao. In this, cyberception is not so much a new faculty as a revived faculty. It is us finding ourselves again, after the human waste and loss of the age of reason, the age of certainty, determinism, and absolute values. The age of appearance.

Cyberception defines an important aspect of the new human being whose emergence is further accelerated by our advances in genetic engineering and post-biological modelling. The originating of a life, biological conception, should now also be called post-biological cyberception, since the decision to initiate and process the birth of children is shifting from the so-called imperatives and constraints of “nature” to the will and desire of individuals, in consort with new technologies and regardless of their age or sexual performance.

We are at the dawn, not just of a new body, but of a new consciousness, which in turn will demand a wholly new environment, massive urban transformation, a reconsideration of every aspect of the zones of living. Cyberception impels us to a redefinition of how we live together and where we live together. In this process, we must start to re-evaluate the material matrix and cultural instrument of society that we have for so long taken for granted: the city.