Connecting Animal Crossing and the metaverse

What might the immersive Nintendo game, Animal Crossing: New Horizons tell us about the concept of the metaverse? 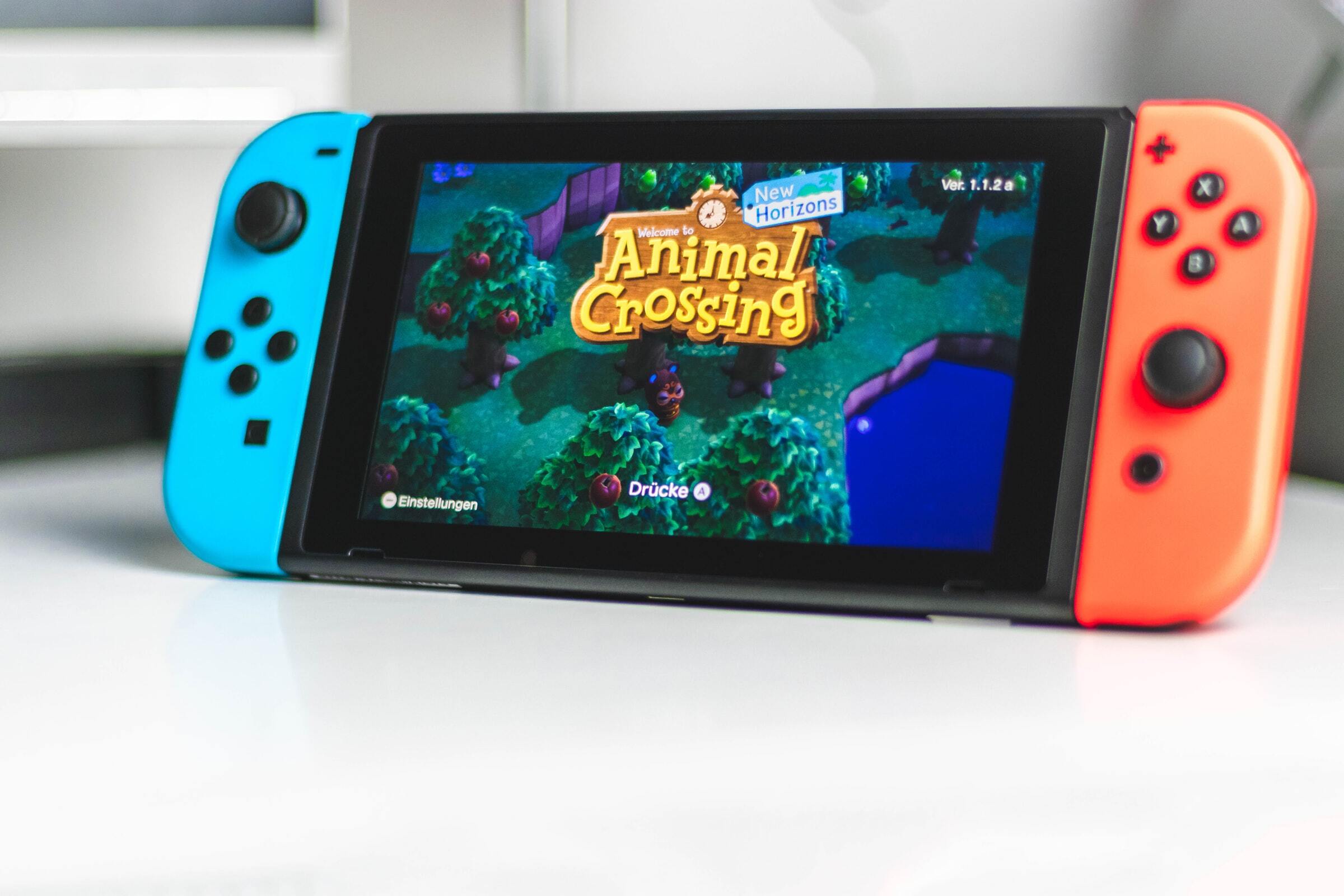 What might the immersive Nintendo game, Animal Crossing: New Horizons (ACNH) tell us about the concept of the metaverse? And how might the metaverse help us in understanding more about the ACNH phenomenon?

I write as an academic – as a literacies and language scholar, and a member of the team teaching on the MA Digital Literacies, Culture and Education. But I also write as a parent. And this personal experience is reflected in the directions in which I take my research and the phenomena I choose to focus on.

Animal Crossing: New Horizons during a period of change and uncertainty

Like everyone, in March 2020 our family’s everyday life was turned upside down by the COVID19 pandemic. As the news emerged in early January about a new virus that had been identified in China, and which then quickly spread across the globe, our television screens began to show whole cities ‘locked down’ – from China, to Italy, to Spain – and borders rapidly closing in unprecedented ways.

On 18 March 2020, schools in England closed to all but children of essential workers and families suddenly needed to grapple with changes associated with remote working and remote learning, or ‘homeschool’. Almost two years on, at the time of writing this – January 2022 – we are still living with the pandemic and the disruptions to what we had considered to be our normal ways of living, working and educating.

At the same time as the pandemic was starting to take hold and coinciding with many of the ‘stay at home’ orders, Nintendo released ACNH. This was the fifth edition of the game, which had existed in different forms for twenty years (Fisher et al., 2021), since it first launched in 2001.

The game can be played on Nintendo consoles (DS, 3DS and Switch), in addition to being adapted as an app for both Apple and Android (Comerford, 2020). In March 2021 Nintendo announced that it had become the fastest selling game in Europe in its first year of any previous Nintendo release. At that time (March 2021) it was also the second-best selling game, second only to Mario Kart Deluxe 8.

My eldest daughter – who was aged 10.5 at the start of the pandemic – became fascinated by ACNH during the early days of the UK lockdown, creating a world called ‘Cute Isle’ and spending many hours tending to her island and looking after her villagers.

My daughter’s main character, who is the resident representative of Cute Isle, is called Heather. Heather has teal hair, blue eyes and her rainbow-coloured face. ACNH, and her deep interest in and engagement with it, became a central part of our own household and communal pandemic experience. 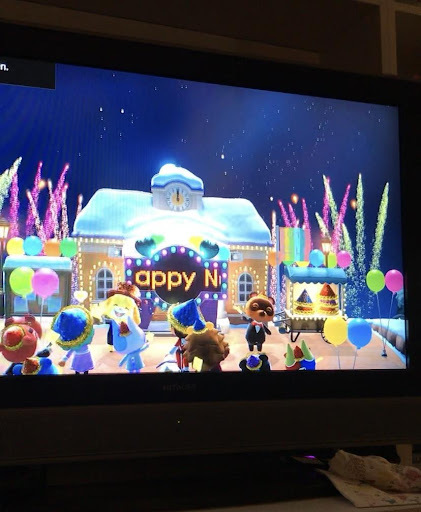 As a family we even saw in the 2021 new year on her island, joining her villagers to celebrate at a New Year’s Eve party, complete with fireworks. Over the course of the pandemic, and during the various lockdowns and periods of isolation and homeschooling in England, it became clear that the game was taking on a really important role for children and adults as we adjusted to the new and changing situations we found ourselves living in.

Now scholars are beginning to explore this phenomenon in more detail. Children’s play researcher Kate Cowan (2020) suggests that ANCHs’ popularity during periods of lockdown relates to its potential for escapism, while Katy E Pearce and colleagues argue that families used media as a way of communal coping (2021), concurring with Cowan that parents used the game as a way to both relax and connect (2021). It gave people a space for communal connection while we were separated from our usual everyday communal activities within the same physical spaces.

This communal connection and interest in the game went far beyond our own household, as the phenomenon we were experiencing was shared across the world. Examples ranged from intergenerational gaming, as grandparents engaged with computer games to alleviate the boredom of lockdowns, to fashion, with the availability of clothes by high fashion brands to dress avatars in.

There was also a political aspect, with virtual campaign signs for the Biden campaign available ahead of the 2020 US election and its involvement in tensions around pro-democracy movement in Hong Kong, which led to the removal of the game from sale in China, related to political messages posted by players (see also the National Videogame Museum’s helpful ACNH timeline).

As you read this many of you might be nodding along, having experienced the game yourselves or having observed other people around you playing it. Watching my daughter and listening to her talk about her world, the different things she was creating, the character she continued to modify and listening to her recount her decision making, drew me into the ACNH world. Here it’s useful to think about the theoretical concept of the metaverse (Stephenson, 1992) – or virtual world – as a lens through which to explore the ACNH phenomenon.

But first: what is a metaverse?

Jack M. Balkin and Beth Simone Noveck (2006) describe a metaverse as ‘a virtual world – a three-dimensional simulation of reality in cyberspace – where people lived, worked and socialized’ (p.3). Writing in 2006 – in what was arguably a very different world to the one we occupy today – they describe metaverse spaces as going beyond gaming, towards ‘research, education, politics, and work’ (ibid). Somewhat presciently, they suggest:

Prescient indeed. ACNH in the time of COVID19 offers us a fascinating insight into a metaverse, in terms of how it enables and encourages players a way to engage in interactions at a time when face-to-face interactions in daily life were vastly reduced.
As Comerford (2020) states, it offers some ‘stability and routine’ (101) during a time when these had been mostly stripped away, offering some kind of ‘substitute for lost routines’. It gave players an immersion into a world in which they had the choice to what extent they wanted to include the pandemic – for example, whether or not to use the available masks (Cowan, 2020).

Perhaps testament to the position ACNH occupied in public consciousness during the pandemic (see, for example, the Guardian’s coverage of the game, which increased exponentially since March 2020), the National Videogame Museum in Sheffield UK launched a public engagement project, The Animal Crossing Diaries, to collect player experiences, which were then curated in an online exhibition. The exhibition showcases a series of diary entries from between March 2020 and April 2021, arranged thematically. The curators suggest that the diaries ‘reflect the everyday experiences of a historic time and how we all responded to it in different ways – in Animal Crossing and beyond’.
The Animal Crossing online exhibition is well worth exploring. It offers insights into the background and context of the game, including its origins and history, which are rooted in a search for community. The project involved an open call, which resulted in everything from short descriptions of why players enjoy the game, to a series of poems written by a player on their island’s bulletin board and a remembrance garden for a loved one (content warning).
My daughter submitted her own essay to the archive, based on the island she had created and her own ACNH routine. She had first worked on this during a period of home learning in early 2021, and submitted it to her school teacher. Her essay includes guidance for people who might be interested in starting to play the game:

If you play for five hours every day, Animal Crossing is going to get boring extremely fast. Create a daily routine that works best for you, mine takes around an hour, give or take a few minutes.

From this small routine, I have played approximately two hundred and ten hours of this game and my island is still just a random eyesore in the middle of the sea. If I were to force myself to play for five hours a day, I wouldn’t have put nearly as much time into this game. Animal Crossing is a game all about progress, but doesn’t take nearly as much of your time as say Minecraft. You can play the game, check in with your villagers, do whatever you feel the need to do, all in an hour, then you can go and spend your time on another game that you enjoy playing.

In this section, my daughter is reflecting on how she plays ACNH, while framing it as advice to an imagined reader, explaining what she is doing. It is a metaverse she can dip in and out of, and one for which she has developed a strategy. While ACNH opened up a new world for her to engage with and to create, it was also something that she wanted to narrate to those around her – to her father and me, but also to her teacher and her grandparents.

She developed a narrative around the game, and it moved beyond the screen and the Nintendo Switch as a framing device (Comerford, 2021) to become enmeshed in and with our everyday lockdown lives, affecting us all – whether players or non-players. We all participated – to greater and lesser extents – in the metaverse. It became a catalyst for storytelling, for creating characters and – of course – for worldbuilding.

This article is a tiny snapshot of ACNH, as metaverse, and how it shaped – and was shaped by – everyday lives during a period of incredible change and uncertainty. It raises multiple questions about digital practices in the home – for children, young people and adults. These questions include: