Playing in the pandemic

We explore how children's play was affected and how it changed as a result of the Covid-19 pandemic. 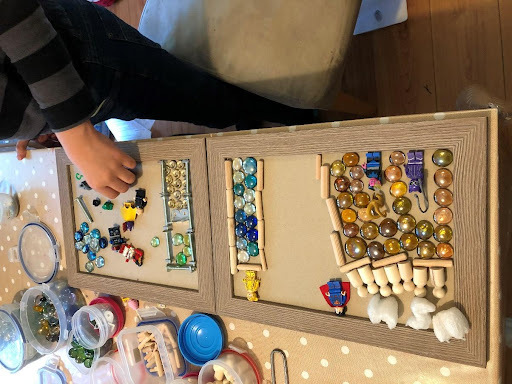 For most children, as well as for most adults, the COVID-19 pandemic with its lockdowns and social restrictions, has had a deep impact on their engagement with digital technology (Ofcom, 2020).

For many children, more time has been spent using a range of digital devices, and children have engaged with videogames, online meeting platforms, social media, apps and tools, for play but also for online learning.

The pre-existing discourses (shared ideas or stories) about children, digital technology and limiting ‘screentime’ tended to frame children’s digital play as inherently or potentially problematic (Livingstone and Blum-Ross, 2020). These beliefs were increasingly challenged when, during the severe lockdowns of 2020/21, digital tools became a key means by which children could stay connected with peers and wider family networks, whilst observing social distancing restrictions (Geddes and Marsh, 2021).

The Play Observatory was a collaborative research project, with teams from University College London’s Institute of Education and Bartlett Centre for Advanced Spatial Analysis, and the University of Sheffield’s School of Education. Funded by the UKRI’s (United Kingdom Research and Innovation) rapid response call for research into the impact of COVID-19, this project was conducted entirely online.

Contributions from children, families and adults about play and leisure during the pandemic were gathered via an online survey. Online ethnographic (ethnographers are interested in studying what people do) interviews with some of the contributors were also conducted and the project commissioned short films from children and young film-makers who had contributed their own films to the survey. Across all of these streams of data, the role of digital practices in children’s play was clear, as was the role of digital technology in children’s meaning-making activity in and about the pandemic.

Our findings about digital games were that they were very popular, with many children engaging in online gaming and play such as Roblox, Toca Boca apps, Google Augmented Reality, Among Us, and Minecraft. Multiplayer interactive games allowed children to meet and socialise in digital spaces, maintaining friendship links. Digital gaming was also an intergenerational activity, bringing children together in digital spaces with adults within the home and across homes. Children, especially younger ones, also played alone using digital technology whilst parents worked inside or out of the home and older siblings engaged in home schooling.

As well as using games, children also utilised online meeting platforms for play, taking part in Zoom quizzes, and showing grandparents their toys and narrating their play as it happened. Some adapted traditional games using digital tools, for example playing hide and seek which involved searching for grandparents who were on an iPad screen hidden around the house. Some children used digital hardware and applications to construct digital spaces and digital media creations.

Minecraft was used by several contributors to the survey to create spaces that referenced the pandemic, such as a coronavirus hospital. It was also used by children to create spaces for celebrations such as birthdays and Christmas that could not be celebrated in pre-pandemic ways because of ongoing social restrictions. These creations gave the children more control over the structure and elements of these celebrations and allowed for collaborative meaning-making.

However, it is important to realise that extra access to, and time spent engaging with, digital technology was not universal. The pre-existing digital divide was exacerbated by the pandemic when many previously face to face activities, for example youth organisations and children’s services such as libraries, moved online.

The study found that screentime was not a helpful concept for talking about children’s play because it only focuses on the amount of time spent, not what the time is used for. For example, one child drew on characters and references from DC Comics, to create a stop-motion animation made with loose parts play materials and LEGO minifigures. He filmed this using the LEGO Animator app on an iPad, and the digital film was then sent to grandparents, aunts, uncles and cousins.

This example demonstrates how ideas and experiences flow across online and offline spaces in complex ways and reflects the benefits of children having longer periods of time to devote to digital creative practices.